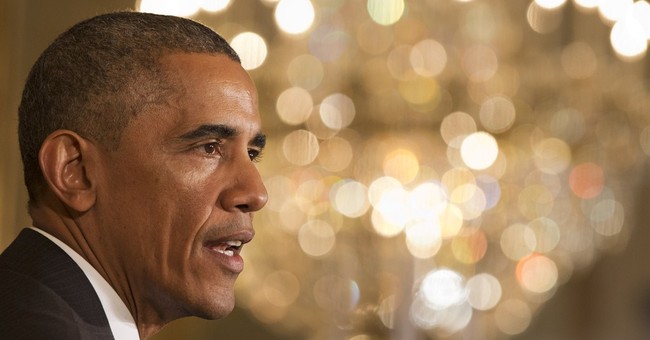 Feathers are flying—in Washington and in Jerusalem—over the off-the-record comments by a senior Obama administration official to the respected Jeffrey Goldberg of The Atlantic. The unnamed dovish Obama policy maker said “the thing about Bibi [Netanyahu] is he’s a chicken****!” Direct quote, characterization included.

State Department Spokeswoman, Jen Psaki, hastened to disavow the quote, without divulging who said it. Jeffrey Goldberg is the go-to writer whom this administration relies upon to get its message out. Goldberg, seasoned and serious, is nonetheless a faithful adherent of the Obama administration’s view that it is Israeli intransigence that is to blame for lack of progress toward a Middle East peace settlement.

Goldberg is an adult. But he is reporting the childish words and even more childish antics of this puerile administration. Goldberg writes that “The Crisis in U.S.-Israeli Relations is Officially Here.” Actually, writer Goldberg is correct in one sense. There is a crisis, but it is not between the Americans and the Israelis, or even between the U.S. government and the coalition government of Benjamin Netanyahu. The crisis exists between President Obama and Israel because the president is wrong.

It is not just a lack of personal rapport between “Bibi” and Barack. It goes much deeper than that. For decades now, administrations of both parties have tried to arm-twist the Israelis into giving up more and more territory to the PLO, the not-quite-reformed terrorist outfit that invented airline hijacking for terror purposes.

The PLO is headed by one “President Mahmoud Abbas.” This figure got his Ph.D. from Moscow State University during the Soviet era. His doctoral thesis denies the Holocaust. Abbas is “president” of something we fancifully call the Palestinian Authority (PA). But the PLO has no authority. Elections scheduled for 2011 have never been held.

Consider this comparison: During the Civil War in the U.S., President Lincoln went ahead with scheduled elections believing he might well lose in 1864. President Franklin Roosevelt never dreamed of postponing elections in 1944, in the midst of World War II.

Prime Minister Winston Churchill faced votes of no confidence in the House of Commons several times during the Second World War.

That’s because they had real authority. The Obama administration is following the State Department’s flawed reasoning in pushing for Israel to hand over critical territory to the PLO. For what? For peace, they say.

Now, Hamas sends rockets against schools, hospitals, and homes in Southern Israel and builds tunnels the size of the Washington Metro under Israel.

Mahmoud Abbas was asked how many Jews might he allow to live in any territory ceded by Israel to his PLO cohorts. Not one Jew, was his answer. Not one. So, American taxpayers are shelling out a half billion dollars a year to the PLO so they can create what the Nazis called a Judenrein—aregion devoid of Jews.

We have heard for a century what would be the fate of Jews who stubbornly remained behind in any territories yielded up to Arab control. “Drive the Jews into the sea,” cried Egypt’s dictator Gamal Abdel Nasser in 1967.

Well, there are precedents for Jews being pursued by Egyptians into the sea. It didn’t turn out so well for Pharaoh. Or, for Egypt’s Nasser, for that matter. His call to exterminate the Jews in 1967 led to the Six-Day War. Israel then took on all of her menacing Arab neighbors and soundly defeated them all.

Did the Israelis try to drive the Arabs into the sea? No, they pleaded with them not to leave their homes. The appealed to the Arabs to remain in place pending a peace agreement with the Arab states.

Some critics have said the State Department has placed religious freedom “on the back burner” in its dealings with foreign nations. We suggest the Foggy Bottom bureaucrats haven’t even put religious freedom in the kitchen. They behave as if it is irrelevant that almost every Muslim majority country drives out the Jews and persecutes the Christians.

The highly placed Obama administration official who used gutter language to call Prime Minister Netanyahu a coward is himself, or herself, in hiding today. That language has been not too convincingly disavowed by Jen Psaki. But the policy is unchanged.

In the annals of diplomacy, language should be handled with care. Charles De Gaulle was famously frosty and imperious when he led a resurgent France. His most devastating put-down of the bumbling U.S. administration of Lyndon B. Johnson was simply: “Il n’est pas un homme sérieux.” He is not a serious man.

We can see who the real coward is. Whoever that quaking highly placed official is—taking cover behind the cloak of anonymity--that individual is not a serious person. Yet, he or she remains in power, and is being paid and heeded.

Home Stretch: Are the First 60 Minutes of Tonight's Debate the Most Important Hour of the 2020 Campaign?
Guy Benson

We the Reasonable Are Outnumbered – and Massively Outgunned
Redstate
Is tonight’s debate over before it begins?
Hotair