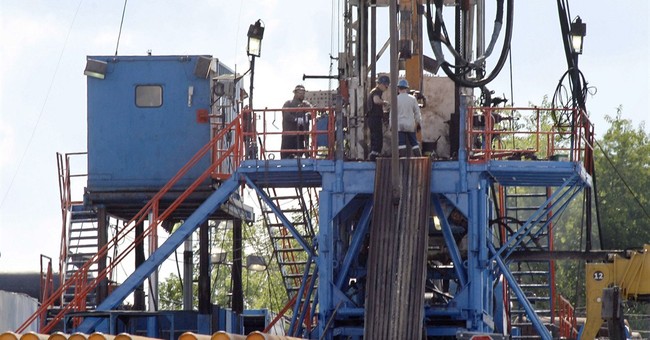 At the beginning of this year, many Americans opened their paychecks to find that their take-home pay was suddenly less than it had been the previous month. The payroll tax cut had expired, resulting in the average American worker owing an additional $700 in payroll taxes this year compared to last.

For a two-parent household, that’s $1,400 less with which to pay the bills, put food on the table, and fill up the gas tank. But it’s far from the only added expense straining family budgets. Oil prices, in particular, have skyrocketed over the past decade, imposing higher direct and indirect fuel costs on families during already tough economic times.

Just like the payroll tax increase, increased fuel costs in the form of high gasoline prices are eating up paychecks while providing no additional economic benefit or utility. In 2012, the average household spent a record $2,912 on gasoline. Compared to the 2002 average of $1,235, that is an extra $1,677 that families have been forced to spend on transportation costs. That’s money that could otherwise be saved or used to grow the economy, such as by starting a new business.

While American families are bearing a considerable brunt of the burden, high oil prices and oil dependence have negative economy-wide impacts. In 2012, Americans spent a record $900 billion on petroleum products, and a recent study found that high oil prices added $1.2 trillion to U.S. debt over the past decade. This economic drag is part of the reason our recovery from the Great Recession has been anemic and the unemployment rate remains high.

To be clear, it’s not America’s great oil companies causing this, as some of their anti-corporate, anti-capitalist detractors might want you to believe. The fact is that the price of a barrel of oil – whether that oil is pumped in North Dakota or Saudi Arabia – is determined by a global oil market that is affected by supply and demand factors around the world. Anything and everything – from economic growth in China to instability in a major producing region like the Middle East – can send prices higher. This geopolitical exposure of the global oil market to volatility explains why Americans are paying so much for gas despite record domestic production.

Moreover, America’s vulnerability to oil supply disruptions forces our brave men and women in uniform to bear the tremendous burden of protecting the global oil supply. And of course, high oil prices enrich major producers including the Organization of the Petroleum Exporting Counties (OPEC), a cartel whose members (many of which work to harm America, including by funding jihad) manipulate the market to make prices higher than a free market would dictate. It’s no coincidence that OPEC enjoyed record revenues last year, the same year Americans spent record levels on gasoline.

Effectively, the global oil market imposes a tax on American families and businesses whenever the price of oil goes up. And just as you can’t hide from the IRS, there is no real way to avoid this tax either – unless you stop using oil.

To be sure, oil is the lifeblood of the U.S. economy and will continue to be for the foreseeable future. However, new transportation options such as vehicles powered by natural gas and electricity are beginning to offer consumers the freedom to have their mobility powered by something other than oil.

A bipartisan group of Fortune 500 CEOs and former four-star military officers has a solution that will foster greater freedom for individuals with respect to the transportation sector. Their organization – Securing America’s Future Energy (SAFE), for which I am an adviser – has proposed opening up new federal lands for oil and gas exploration and utilizing a portion of the new revenue captured to bolster basic research and development of the new technologies America needs to break oil’s monopoly over our transportation sector.

The goal is to allow American families to opt-out of paying high oil prices without having to sacrifice their current vehicle performance or lifestyles. Rest assured: This concept for an Energy Security Trust Fund will not consist of Solyndra-style green energy cronyism that picks winners and losers.

No stone should be left unturned when it comes to improving our economy, protecting our security, and helping overtaxed American families keep more of their hard-earned money. New transportation technologies will delink our economy and security from the global oil market, helping offer relief from the high gas bills straining family budgets. It’s time to get serious about embracing these solutions.