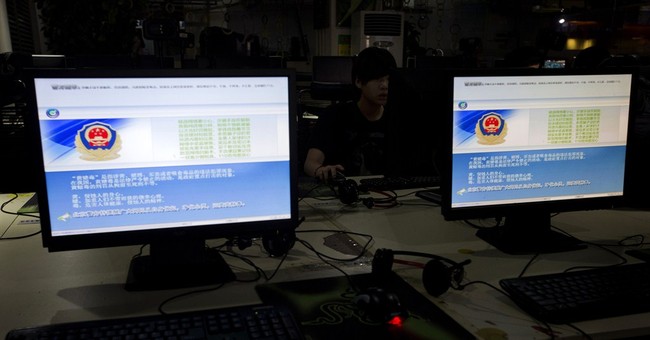 Congress has been ceding power to the executive branch for more than two decades. In the 2008 presidential election, President George W. Bush was often criticized by then-candidate Barack Obama for his executive overreaches. Candidate Obama even promised to “reverse” the Bush Administration’s expansion of executive authority in 2007. However, no president in modern history has done more to circumvent Congress and rewrite legislation than President Obama has.

While the Obama Administration’s rewriting of the Affordable Care Act (ACA) to delay timeframes may immediately come to mind, perhaps the most blatant example of executive branch overreach is the Justice Department’s decision to rewrite more than 50 years of consistent interpretation of the Wire Act of 1961 to allow revenue-seeking state governments to go into the online gambling business.

Perhaps most disturbingly, the Justice Department’s decision is clearly a result of back-room deals, coming without a single Congressional hearing or public discussion on the topic. And, to compound matters, the decision was released on Christmas Eve 2011 – an extreme version of the infamous Friday afternoon news dump.

Since 1961, both Democratic and Republican administrations interpreted the law to prevent states from instituting online lotteries. However, facing pressure from the President’s home state of Illinois and the Vice President’s home state of Delaware, the Attorney General said states can not only institute online lotteries, but also other online gaming, including poker, slots and blackjack.

In addition to the Wire Act of 1951, the Unlawful Internet Gaming Act of 2006 (UIGEA) makes it illegal to transmit or accept Internet payments in connection with gambling. Through these two pieces of legislation, Congress clearly asserted itself. Yet, the Administration used an executive directive to reverse the legislation's clear intent, sending big-spending states facing budget deficits into a furor over which one could be the first to capitalize.

Unsurprisingly, it was the President’s home state of Illinois that struck first, followed by an expansion of online gaming in other cash-strapped states including Delaware and New York. Until recently, Congress was largely silent on the issue.

But, last month, the Senate Subcommittee on Consumer Protection, Product Safety and Insurance held a hearing on the fallout from the DOJ’s hasty decision, particularly with respect to vulnerable populations, notably teenagers and young adults and the elderly. In testimony before the subcommittee, Catholic Advocate President Matt Smith cited the CEO of the leading lottery provider in the U.S., who stated that his company sought to attract “younger players” via online gaming and noted that Internet-based gambling platforms have few protections in place to exclude underage players.

Senior citizen groups have expressed similar concerns. 60 Plus Association Chairman Jim Martin wrote in a letter to Senator Kelly Ayotte, who sits on the subcommittee, that expanded online gambling "leaves millions of seniors vulnerable to losing their life savings to online predators and overseas scam artists who have only been encouraged by this rule change"

Congress needs to reassert itself and make its ban on government-sponsored Internet gambling explicit, taking back control and oversight over trade and commerce in the process. Our elected representatives should be a bulwark against executive overreach and move to halt the Obama Administration's now-familiar practice of legislating by fiat. Vulnerable populations shouldn't have to pay the price for the inability of a handful of liberal states to rein in government spending.
Elon Musk: Tesla Building 'Hardcore Litigation Department' to 'Execute Lawsuits'
Sarah Arnold
Twitter Launches New ‘Crisis Information Policy,' Because It Needs To Censor Info Even More
Sarah Arnold
78,000 Pounds of Baby Formula Arrive On First Flight of 'Operation Fly Formula'
Sarah Arnold
RNC Made a Whopping $1M More Than DNC
Sarah Arnold
Gen. Milley Warns West Point Graduates of 'Significant International Conflict'
Sarah Arnold
When It Comes to Economic Success That's Happening, Let's Not Forget It's in the Red States
Rebecca Downs