An October Surprise? Tell It to the Marines 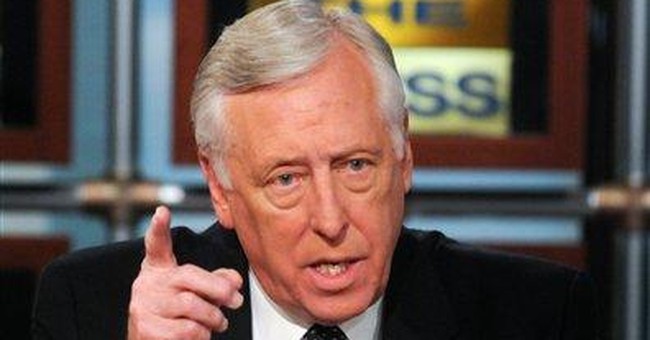 With the general election less than a month away and the Democrats reeling from one bad poll after another, the time is ripe for them to spring an “October surprise” in an attempt to shift the odds in their favor. This time, however, the surprise might be on them, judging from the surging candidacies of two GOP hopefuls engaged in races against two of the House’s most entrenched incumbents, Rep. Barney Frank (D-Mass.), the chairman of the House Financial Services Committee, and Rep. Steny Hoyer (D-Md.), the House Majority Leader.

What do both challengers have in common besides party affiliation and races against tough incumbents? Both are businessmen who understand first-hand the impact of our current economic uncertainty on business growth and job creation.

And both are Marines. They are trained and ready to fight.

In Massachusetts, the state that gave us U.S. Senator Scott Brown, the “Massachusetts Miracle”, another miracle could be emerging, and his name is Sean Bielat, running in Massachusetts’ 4th Congressional District.

Bielat is a graduate of Georgetown University with a master's from Harvard and an MBA from Wharton, and he is an independent consultant who served as a lieutenant in the Marines and is now a Major in the Marine Corps Reserves.

While Frank typically wins with 65 to 75 percent of the vote, Bielat is encouraged by internal polls showing him within striking distance of Frank. Scott Brown won the 4th District last year, and Frank’s unabashed support of Fannie Mae and Freddie Mac, two of the major protagonists in the housing crisis and the financial meltdown that followed, is a major liability.

To help Frank, the Democrats are sending in their biggest gun whose approval ratings aren’t in the basement – former President Bill Clinton. That’s heavy artillery for a race that’s supposedly already won, so someone is taking Bielat seriously.

Further south, another Marine is taking aim at the number two man in the House, Rep. Steny Hoyer. Hoyer has been in Congress for nearly 30 years, and a staple in Maryland politics since 1966. His opponent, Charles Lollar, was not yet born.

Lollar is a Marine who served in combat in Kosovo and is also currently a Major in the Marine Corps Reserves. He burst onto the scene as a charismatic speaker at Tea Party rallies in Maryland and across the nation. The 39-year old businessman decided to take on Hoyer because of his leadership role in advancing a radical liberal agenda under President Obama and Speaker of the House Nancy Pelosi. Lollar believes Rep. Hoyer has betrayed the values of a significant portion of Maryland’s 5th Congressional District, and no longer views himself as accountable to them.

Hoyer’s strength is in the most populous county in the district, which is predominantly black. But Lollar, a black conservative with an engaging personality, has appealed directly and personally to people who Republicans have not typically approached, asking them for their vote – and they are responding.

National political pundit Dick Morris last week declared the race “winnable” for Lollar, and his campaign has seen a surge of national attention since then, including the endorsement of former Massachusetts governor Mitt Romney.

Some will say these races are long shots, but this hasn’t been a normal political season, and establishment Republicans and Democrats have gotten their comeuppance at the polls this year. Both Frank and Hoyer have huge targets on their backs for leading us to trillion dollar deficits and government-run health care, and bagging one or both would be a fine trophy for Republicans this November.

And, as they say, there’s something about a Marine.