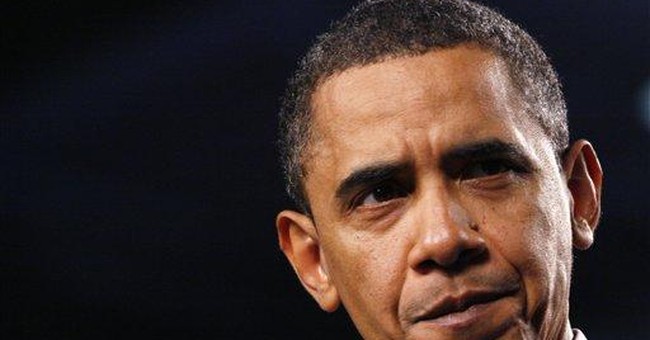 Whenever the Establishment in Washington gets a Big Idea about the need to get beyond partisanship, reach for your wallet. The latest Big Idea is President Obama’s proposal for an Executive Commission on Debt Reduction. The idea is modeled on the Base Realignment and Closure Commission (BRAC). That commission had as its task closing military bases we thought we did not need in the post-Cold War era. The reason we needed BRAC, we were told, is that too many local congressmen were protecting the bases in their own districts and none of the excess bases could be closed. It was blowing out the Pentagon budget, they said.

President Obama wants a commission to help him stop excess spending. Even if we do not pass his Health Care proposals, the rising costs of Social Security, Medicare, and Medicaid are projected to grow so vast that they will be 300% of the Gross Domestic Product by the year 2050. This would require tax hikes of $12,072 per family in the U.S.

Clearly, we can’t continue on this glide path.

The President offered this proposal for an 18-member Executive Commission. That ought to be cheap to run. Just imagine the staff, travel to research sites for that! Six of the members would be named by Democrats in Congress, six by Republicans, and the remaining six would be named by Mr. Obama himself (except that of his share, at least two would have to be Republicans and no more than four could be Democrats.)

I already know what this adventure in bi-partisanship would look like. It would look like the famous Gergen-Shield matchup on PBS. When the publicly-funded Jim Lehrer Newshour reached out for a Republican and a Democrat to give a thin veneer of bi-partisanship, they recruited David Gergen and Mark Shields. This duo was left and lefter.

Republican in Name Only David Gergen was the classic trimmer in the Reagan White House. He went on serve in the Bill Clinton White House. He was most recently seen moderating the Martha Coakley-Scott Brown-(Not That) Joe Kennedy debate in Massachusetts.

Gergen asked Scott Brown if he really intended to “overturn” Roe v. Wade? Pro-choice Gergen knows that framing a question on abortion that includes the word “overturn” is the best way to assure a strong majority against. Americans don’t want to overturn anything. Sounds radical. Sounds dangerous. Think of an SUV in a ditch.

Gergen then opened up on Scott Brown. Would you really sit in “Ted Kennedy’s seat” and vote against the cause to which Kennedy devoted his life? How about that for a blow below the belt? And this is PBS’ idea of a Republican!

Not intentionally, Gergen gave Brown an opening for the greatest line of the night: “With all due respect, it’s not the Kennedy seat, it’s not the Democrats’ seat, it’s the People’s Seat.” That line may have won the election for Scott Brown. “People’s Seat” was the slogan that glittered on stage when Scott Brown claimed victory. But surely no thanks to David RINO Gergen.

And that’s what the Obama Executive Commission on Debt Reduction will look like. Gergens galore. Their job will be to rope Republicans into voting huge new tax increases.

They’ll be famous “deficit hawks.” But they’ll know nothing about job creation and small business promotion. Some of those congressionally appointed commissioners could include the very Members voters want to oust this fall. Deficit hawks could soon change their feather and become lame ducks.