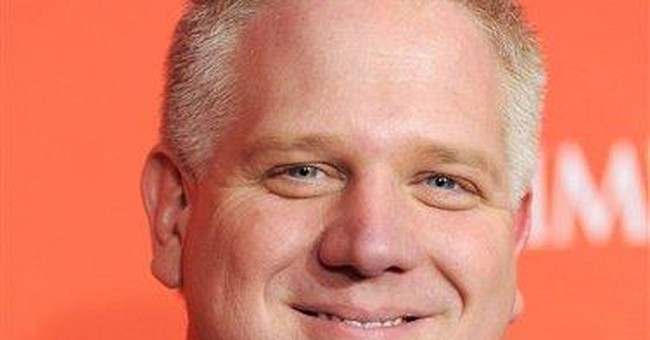 “Government Distrust and a Dead Census Taker.” That was the headline of a September 25th story in TIME about the death of 51-year old Bill Sparkman. Sparkman’s naked body had been found in a remote area of Harlan County, Kentucky, with the word “FED” scrawled on his chest. Sparkman had been hanged. Immediately, TIME and others began to speculate. Had Sparkman been hanged by anti-government, anti-Obama violent right wingers? TIME led the speculation, taking the opportunity to drag in Glenn Beck:

“...[W]as it part of the recent rage at what right-wing commentators decry as the big-spending, socialistic government of the first African-American President? Al Cross, a former reporter for the Louisville Courier-Journal who covered the area for 30 years, believes that the conditions underlying the murder go back much farther and are much deeper — and more local — than the recent spate of ire. (Read TIME's cover story on Glenn Beck.)”

Well, now it turns out that Kentucky investigators have concluded that poor Sparkman committed suicide, faking his own death in order to let unnamed beneficiaries collect on a recently-contracted life insurance policy. How very sad for Sparkman and those whom he loved. And how sad for our country when a leading news organ like TIME races to conclude that anti-tax protesters likely had a hand in the unfortunate man’s death.

This is a repetition on a much smaller scale of the liberal media reaction to the assassination of President Kennedy. The President’s murder was an open-and-shut case of a young, disaffected Communist, Lee Harvey Oswald, who hated the cold war warrior Kennedy. Oswald was especially affronted by JFK’s opposition to Cuba as a Soviet satellite 90 miles from our shores.

Prompted by the brave but mistaken Jackie Kennedy, liberals had to make Jack a martyr to civil rights. Jackie had complained that her husband’s assassination at the hands of “some silly little Communist” robbed his death of meaning. A better reality would have been to make Jack the victim of a vast right-wing conspiracy. The liberal media resembled nothing so much as Cinderella’s ugly step-sisters trying to jam their big toes into that delicate glass slipper. We’ll make it fit!

Liberals must be frustrated. For 46 years at least, they have been trying to make reality comport with their increasingly bizarre theories. If Kennedy was killed by a Communist that Communist must somehow have been motivated by the atmosphere of violence and intolerance fomented by right wingers in Dallas. Why, didn’t those Dallas schoolchildren cheer when JFK died? Yes, they did. But that’s because they had not been told why they were going home early on a beautiful fall afternoon. Even proper liberal kids yell happily for an afternoon off.

Ironically, civil rights was probably the only thing on which President Kennedy and Lee Harvey Oswald would have agreed. Communists have committed countless crimes against humanity, but racism is not one of them.

So, now, we have the truth about John Sparkman. He was not the victim of Tea Party-goers waving copies of Glenn Beck’s book. He was not lynched by anti-revenuer low lifes straight off the set of the movie “Deliverance.” The poor man hanged himself.

Will TIME now apologize to Tea Party folks, to Glenn Beck, and while they’re at it, to Tea Party-goer James Madison? It was Madison who said “the people are right to take alarm at the first advance on their liberties.”