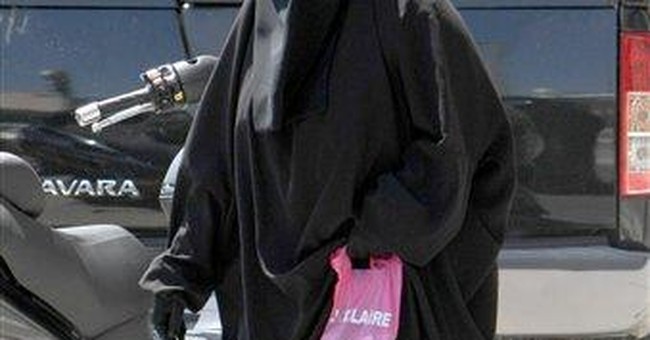 Recently, liberals set off some Bastille Day fireworks. Conservatives have often teased liberals, saying their hearts are really in France. Of course, that was before the Right’s man, Nicolas Sarkozy, waltzed into the Elysée Palace as France’s new President. Then, U.S. conservatives decided perhaps our oldest ally was not so bad after all.

Brown is charging that President Obama has turned Hillary into his “foreign policy wife.”

And Brown even charged that the President has checkmated both Clintons. By naming Hillary as his Secretary of State, Obama effectively clipped Bill’s wings, too. The way Tina Brown describes the Clintons’ unenviable fate, they don’t sound like Mr. Obama’s political pals—they sound like his hostages.

I could certainly understand why Obama chose Hillary as Secretary of State. He could rely on her to give him foreign policy “heft,” the kind of gravitas that Joe Biden was supposed to provide but never really has.

Which one would you prefer to send on a sensitive mission abroad—steely, disciplined Hillary or the perennially quotable, always notable Biden? Biden reminds me of what Churchill once said about our Secretary of State, John Foster Dulles: He is a bull who carries his own china shop with him.

So Hillary at Foggy Bottom made sense for Obama. What I can’t understand is why she ever took it. She had just been powerfully re-elected as New York’s junior senator. Husband Bill had managed to avoid the spotlight of unfavorable publicity. She would certainly have been a strong contender to catch the falling flag from an obviously weakened Harry Reid (D-Nev.) as Majority Leader. Or, she could have borne aloft the banner of big-government liberalism as Ted Kennedy battles cancer. Even long-time Senate lions like Bob Byrd (D-W.Va.) and Daniel Inouye (D-Hawaii) are suddenly looking frail.

Hillary could have championed any issue she wanted from her secure Senate perch. Nationalized health care? She was perfectly positioned to lead the charge. Defending Judge Sonia Sotomayor? Hillary was a senator from jurist’s home state—and the judge is a feminist to boot.

But, instead, Hillary seems to have become President Obama’s feminist to boot. Tina Brown charges that Hillary has been “a Saudi wife,” and an abused one at that. Hillary didn’t get her man, Richard Holbrooke, as her number two at the State Department.

She even had to suffer the indignity of not having her Harvard friend, Joe Nye, named as U.S. Ambassador to Japan. When Fritz Mondale was Bill Clinton’s ambassador to Japan, he described his duty as an honorable vacation.

Hillary had to swallow the White House’s man for Tokyo. And, this one had to hurt:

According to OpenSecrets blog, Mr. Roos and his wife were once major Clinton donors but last round Roos “bundled” at least $500,000 for the Obama campaign. Ouch! Talk about adding diplomatic insult to Hillary’s recent elbow injury.

President Obama famously told his Cairo University audience last month that the U.S. would champion the right of Muslim women to wear the burqa in the West--as if that’s the most pressing human rights problem for women or Muslims anywhere. That statement was quickly countered by France’s Sarkozy. He said the burqa is “not welcome” in his republic. This latest internecine row among American liberals, however, puts all of Obama’s comments in an entirely new light. Has the President put Hillary in a policy burqa? And will she be content to remain there? Stay tuned. It’s going to be fascinating.