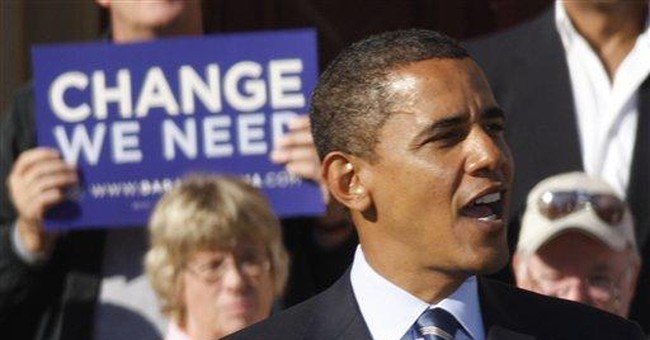 You have an extraordinary opportunity that is rare in presidential politics. While every presidential debate is potentially pivotal, only rarely has one carried the potential that yours does to change the race in its closing days.

As much as anything, Mr. Brokaw’s choice of topics for the second debate robbed the American people of what was intended to be a look into the more personal and controversial aspects of the candidates. In that debate focusing on domestic policy, there was not a single question about the Supreme Court, gun control, abortion, gay marriage or immigration. It strains credulity to assert that of the more than 1,000 questions offered to Mr. Brokaw, he could not find any that spoke to these issues.

Such matters may not be of much concern to East Coast elites, but they are of profound importance to countless American voters. As surprising as it may be to pundits, literally millions of voters decide their vote solely on one of these hot-button issues.

Mr. Brokaw’s decision to avoid those topics has raised the suspicions of some, alleging that NBC was sheltering Barack Obama by blocking questions that backed Mr. Obama into a corner. While Mr. Brokaw deserves the benefit of the doubt, you could lay the matter to rest by raising the questions in the third debate that ought to have been asked in the second.

This year the Supreme Court handed down a historic decision on the meaning of the Second Amendment when it struck down the D.C. gun ban. Now the NRA has endorsed John McCain and Sarah Palin over Barack Obama and Joe Biden. Where does Mr. McCain agree and disagree with the NRA? Why did Barack Obama say he supported the Supreme Court decision when he had a twelve-year record of supporting handgun bans and still did as recently as earlier this year?

Abortion is always an issue in modern elections. Why does Mr. McCain believe that states ought to decide abortion questions? Why did Mr. Obama oppose the version of the Born Alive Infant Protection Act in Illinois that was identical to the federal bill, and why did he say that he supported it when he voted against it?

Although Mr. McCain has been in public life for many years, Americans are still getting to know Mr. Obama. Given that Mr. Obama’s campaign has channeled over $800,000 to ACORN and was a former trainer and lawyer for that organization, what reaction does he have to the voter fraud investigations that have been launched against ACORN in a dozen states, including one by the Democratic Nevada secretary of state?

The mortgage giants Fannie Mae and Freddie Mac are the central players in our financial meltdown. What were both candidates’ relationships with these agencies and what role did the candidates play as this situation was developed over the past years?

You often tell someone’s character by the company they keep. Why did John McCain associate with Charles Keating and what was his involvement in the “Keating Five” scandal? What relationships has he had with controversial religious leaders? What was Mr. Obama’s relationship with Rev. Jeremiah Wright and Fr. Michael Fleger? How can Barack Obama claim to barely know unrepentant terrorist Bill Ayers, when Mr. Ayers held Mr. Obama’s kickoff event in his house and when documents released just two weeks ago show that Mr. Ayers put Mr. Obama in charge of distributing over $50 million to influence children?

These are all questions that are in the mainstream media, showing that these questions are on the minds of millions of voters. A townhall is where questions of that nature come up, but Mr. Brokaw maintained a rigid control structure that kept such questions out.

Last week’s debate was boring. These questions will make your debate one worth watching. We’re counting on you, Mr. Schieffer. Give the voters a reason to tune in.