Kelly Sloan
|
Posted: Dec 22, 2018 12:01 AM
Share   Tweet
The opinions expressed by columnists are their own and do not necessarily represent the views of Townhall.com. 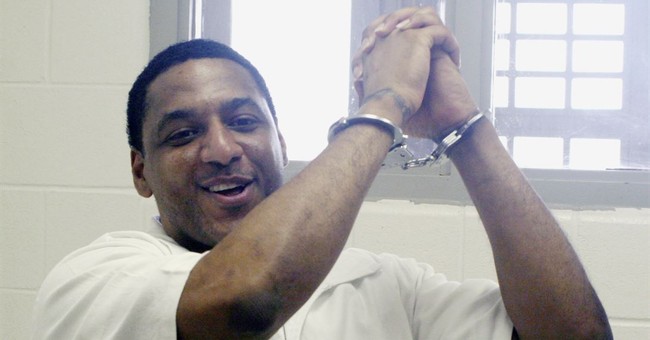 The criminal justice reform bill (the First Step Act) just passed by Congress and signed by President Trump offers some steps in the right direction, but it would behoove Republicans going forward to live up to their philosophical role by serving as a check against the impulse to radically adjust crime policy.

From time to time, conservatives ought to be willing to reexamine some of their own planted axioms, inasmuch as conservatism is – or at least ought to be – the politics of reality. And the reality is that our justice system bears some crucial systemic problems, including prison overcrowding, inappropriate sentencing guidelines, and an unacceptably high risk of recidivism among released prisoners, owing largely to the lack of effective transition programs.

But the competing reality is that “tough-on-crime” policies have done the job they intended (the primary job and raison d’etre of government, one might add) and reduced the rate of violent crime in the nation over the past 30 years. Much of that success is owed to James Q. Wilson’s “broken windows” theory of policing and crime reduction, employed to extraordinary success in New York in the 1990’s under then-mayor Rudolph Guiliani.

Of course, that did not completely erase either the existence of crime nor the debate over what to do about it, and one of the most pressing contentions is the resurrected issue of whether we are incarcerating too many people.

It is a relatively easy issue for conservatives to embrace, particularly those who incline to libertarianism and its inherent, and healthy, distrust of government. The danger lies in allowing enthusiasm for the pursuit of necessary and useful reforms to run off the leash, ultimately creating a pendular effect on justice policy. The successes of the tough-on-crime approach cultivated an environment safe enough to permit social theory to trump immediate practical concerns, an environment conducive to experiments in leniency; experiments which if taken too far will invariably result in a return to the conditions which spawned the law-and-order approach in the first place.

I had the happy opportunity recently to speak with no less an authority on the topic of criminal justice than former Attorney General Edwin Meese III. Like most thoughtful conservatives (he ranks among the most thoughtful) he agrees that some reforms are necessary. But he cautions against reliance on faulty rhetoric.

Among the faultiest rhetoric staining the criminal justice debate is the notion of “mass incarceration” in the U.S. Despite the caterwauling of certain justice reform groups and the accusatory slogans decorating signs at anti-police protest marches, no such thing exists in this country – we are not Iran, or China, or Cuba, where actual mass-incarceration takes place at regular intervals, mainly for political reasons. As Meese said, “the people in prison had to work pretty hard to get there.” The proper approach to the issue is not to look at how many people we imprison as a society, but that we are imprisoning the right ones.

Meese’s suggestion is an elegantly simple, and proven, one: allowing a greater degree of judicial discretion. Laws by nature must be written rather generally, but not every case is identical. Police and courts ought to be granted the flexibility to apply the law in the most focused and individual manner permissible in a society governed by the rule of law. This simple imperative would go a long way to correcting many of the system’s errors without the dire consequences envisioned by skeptics like Sen. Tom Cotton.

Justice reforms, like those signed into law this week, are a good cause for conservatives -- Quis custodiet ipsos custodes and all that. Besides, it won’t do to cede the issue to the Democrats, who will instinctively allow innovations to run amok. But in embracing reform, Republicans need to be, well, conservative in their approach, and resist the temptation to dogmatically exceed the limitations of prudence.

Kelly Sloan is a Denver-based political and public affairs consultant. He is a fellow at the Centennial Institute and policy director for Principles That Matter. He may be reached via Twitter @KVSloan25