What Successful Women Should Know about Love and Marriage

Katie Yoder
|
Posted: Oct 10, 2019 9:31 AM
Share   Tweet
The opinions expressed by columnists are their own and do not necessarily represent the views of Townhall.com. 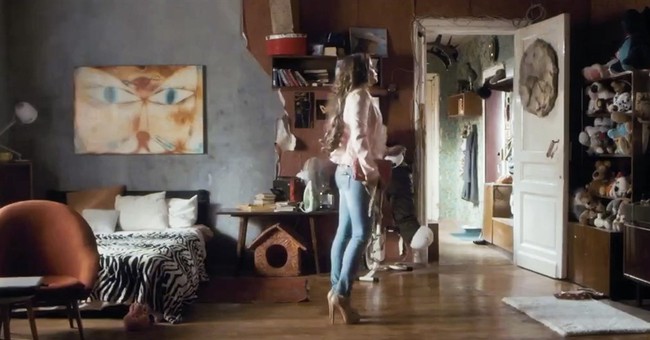 Successful women face special barriers in love and marriage, according to one relationship coach. But that doesn’t mean they can’t still strive for a happily ever after.

On October 9, the Washington Examiner published an opinion piece on, “Why super-successful women struggle in love.” Relationship expert and author Suzanne Venker claimed that “few, if any, women” can have both “power in the world” and “power in bed.” While she backed up her arguments, her piece left something to be desired by women: encouragement.

She pointed to an email about one of the women dealing with this very problem – written by the woman’s mother.

“I’d like to talk to you about my daughter who’s a high achiever,” the mom began. “She’s a thirty-eight-year-old, well-educated (two Ivy League schools), creative, intelligent, sophisticated, loving, successful, attractive, with a model-like body, and surprisingly can’t find a desired partner.”

While previously “she wasted many years on several senseless relationships,” her daughter is “extremely unhappy that she doesn’t have a partner,” or children.

In response, Venker urged that not only do successful single women struggle, but also women who serve as the primary breadwinner. There are many reasons why “love becomes a struggle the more successful women become,” she said, including the “pursuit of a post-secondary education and career.”

“Jumping in full throttle and making work the center of one’s life, as young women are encouraged to do, invariably means this group will be unable to take advantage of their greatest marital bargaining power,” she said.

That main “bargaining power” appeared to be beauty.

“When a woman is in her 20s, she has beauty and fertility on her side. By the time she hits her 30s, she has to compete with younger, more beautiful women,” Venker warned. “Not only are the pickings slim, a woman’s attractiveness peaks in her 20s.”

While men also become physically less attractive over time, their “power and status rises,” which continues to attract women. Men, on the other hand, could care less about a woman's socioeconomic status, she added.

If there are “no longer enough men in their same sociological status,” then successful women who want to marry must either “hold out for an older and richer man” with baggage or “marry ‘down’ and learn how to be content with a good man who’s less educated or less rich.”

These women, she concluded, should ask themselves, “Which do I want more? Power in the world, or power in bed?” because “Few, if any, women have both.”

The woman in the email wasn’t single because she was consumed totally by her career – she had time for “several senseless relationships.” And, if senseless, it’s probably for the best that she didn’t continue them in marriage.

It’s better to be single with the opportunity of meeting Mr. Right, than suffocating in a marriage with Mr. Wrong.

Venker makes a point, and she’s right to want to inform women. But arguments like hers prompt the myths that so many of us are already tempted to tell ourselves: That if we’re not young and beautiful, we’re not lovable – valuable. That if we’re not married right now, we must do something drastic because time is ticking. That if we’re serious about dating and marriage, we must hold off on pursuing an education and career. Or, even, that if we pause our education and career, we’ll absolutely find someone. If we settle, we’ll be just as happy.

They suggest that pursuing marriage is the woman’s burden, even if things are outside of her control – like finding a good guy who’s as interested in her as much as she’s interested in him.

The truth is, there is no one size fits all. That’s because women are so much more than a beauty product with an expiration date. We’re human persons with inherent dignity and worth – with callings and choices that only we can choose.

And so, I dare add to Venker’s words: Ladies, you are enough. You are enough, just as you are. You are loved, whether you’re single, married, or a nun. Whether you find someone to marry or you don’t.

You are, intrinsically, precious.

That doesn’t mean we stand still: striving to become our best is a lifelong endeavor. And, I have a hunch, good guys want women who have dreams – and chase them. Or, at the very least, we want the guy who wants us to touch the stars.

And yet, we must also use Venker’s words to our advantage. Be open. Don't reject dating to solely focus on a job or education. But also, don't reject a job or education for the sake of dating. Take chances with dating. But also, refuse to settle if your gut says “no.” Not only for your sake, but also for his: both man and woman should be radically loved, respected, and accepted by the other, as he and she are.

As women, we face life challenges that are foreign to many men – from fertility and maternity-leave decisions to being a working mom or a stay-at-home mom. But we shouldn’t let that steal away our ability to pursue success both personally and professionally. We may not get both, but we can, at the very least, try.