Katie Yoder
|
Posted: May 13, 2019 8:18 AM
Share   Tweet
The opinions expressed by columnists are their own and do not necessarily represent the views of Townhall.com. 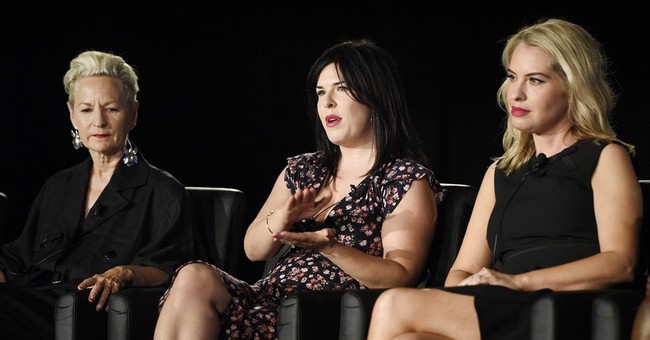 Abortion warps one of the most natural loves in the world – that of a mother for her child. But many in the media, along with abortion activists and organizations, missed the irony as they took advantage of Mother’s Day to call for unrestricted abortion.

The pro-life movement recognizes that motherhood begins at conception, when another human life begins to grow inside of a woman. But, according to organizations like Planned Parenthood, America’s largest abortion provider, abortion allows women who are already pregnant to choose motherhood.

“Happy Mother's Day!” Planned Parenthood Action tweeted on May 12. “It’s important now more than ever to protect our right to make decisions about our own bodies and our own lives — and that includes being able to decide if and when to become a mother.”

The tweet included a quote from a patient saying, “Being a mother makes me appreciative for our rights: all women should have the choice to do what they want with their own body.”

There’s just one problem: every abortion involves two bodies – not one.

In the media, freelance journalist Katelyn Burns, who has written for outlets such as The Washington Post and Vice, marked Mother’s Day by giving a shout-out to mothers of born children who have also had abortions.

“Happy Mother’s Day to all mom’s but especially to trans moms, moms of trans kids, and moms who’ve had an abortion,” she wished on May 12.

Likewise, Rolling Stone staff writer Ej Dickson tweeted out that same day, “Sending love this Mother’s Day to moms who have lost pregnancies/had stillbirths/had abortions, as well as anyone else who has been triggered by the war on reproductive freedom over the past few weeks.”

Again, there was another problem: Women don’t choose to have miscarriages and stillbirths. They do choose abortion.

For Andi Zeisler, cofounder of Bitch Media, motherhood solidified her support for abortion.

Zeisler remarked on May 12, “Someone once asked me if having a child changed my views on abortion. I told them it did: It made me infinitely more certain that pregnant people should have a choice, that a child should be a blessing and not a punishment.”

She signed off with a “Happy Mother’s Day.”

For her part, Denise Balkissoon, an opinion columnist for Canada’s The Globe and Mail, tweeted the same day that, “my child fills my life with joy, also I believe in affordable reproductive health care, incl access to safe abortion, for everyone.”

As an author, speaker, and CEO of Bossed Up, Emilie Aries tweeted on April 23 that abortion access would make a good Mother’s Day gift.

“For Mother’s Day this year the women in my family are donating to abortion rights groups in lieu of gifts,” she said on May 12. Two days earlier, she commented, “Remember: if men could get pregnant, abortion would be a sacrament.”

Singer Amanda Palmer declared on May 12, “it’s mother’s day! don’t forget, especially as the rights of women become more threatened, how non-hallmark ‘motherhood’ is. from abortions, miscarriages & ectopic pregnancies to IVF failures & stillborns...there’s still so much failure in this culture to embrace the totality.”

Others in entertainment tried chiming in on the issue by inserting some “humor.” Comedian Jena Friedman, a former producer for the Daily Show, joked, “On Mother’s Day don’t forget, if your mother didn’t have that abortion, you probably wouldn’t be here” on May 12.

“This Sunday is Mother’s Day,” he said, “a holiday that Georgia is trying to make mandatory.”

In addition to Planned Parenthood, other organizations dedicated to abortion also saw Mother’s Day as an opportunity.

Catholics for Choice urged on May 12 that, “This Mother’s Day, moms deserve better than denial of services and the continued attacks on our access to abortion and contraception.”

They failed to mention that, while the Catholic Church offers mercy and forgiveness for women who repent after abortion, it considers abortion such a grave sin that someone can be automatically excommunicated solely for driving a woman to an abortion clinic.

Likewise, on May 10, the National Partnership for Women & Families tweeted, “What's the best gift Congress could get for America's moms and mothering folks this Mother's Day? #WhatMomsNeed is access to the full range of reproductive health care to participate fully in society.”