Katie Yoder
|
Posted: Apr 30, 2019 9:15 AM
Share   Tweet
The opinions expressed by columnists are their own and do not necessarily represent the views of Townhall.com. 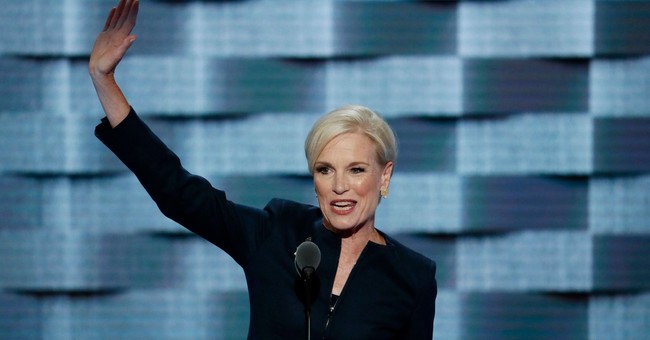 A new political action organization for women is claiming to speak for the supermajority, or all American women. But, with its intimate ties to Planned Parenthood and abortion, the group will likely exclude most women instead.

According to the AP, that means training two million women by 2020 “to become organizers and political leaders in their communities.”

Online, Supermajority lists four goals. The first is a “values agenda that puts women—and issues like child care and equal pay—front and center.” The group also prioritizes universal health care, public education, a living wage, a clean environment, and affordable housing. Second, the group wants to serve as an “online home” with “how-tos on everything from organizing 101 to understanding where elected officials and candidates stand on the issues.”

The organization will also provide “in-person trainings that will help you become the most effective organizer” while striving, lastly, to become an “intersectional, intergenerational movement of women.”

While Supermajority doesn’t mention words like “abortion” or “reproductive rights” on its site, Buzzfeed reporter Ema O’Connor wrote that Poo and Richards see these issues as “important to the organization” and “will be something they will definitely be thinking about and organizing around.”

“That's absolutely an issue that we care deeply about,” Poo stressed to O’Connor. “We want to actually list all the issues, but not to the exclusion of reproductive rights at all.”

“If anything, I feel like [Planned Parenthood is] really interested in how we can continue to grow this movement,” Richards urged.

On Monday, Wen tweeted out a congratulations to Richards for her next career move.

“Alongside the entire Planned Parenthood family, I am thrilled about the launch of

@supermajority, which builds upon the work of so many powerful women leaders and women’s rights advocates across the country,” she typed.

Richards responded, “Thank you for your leadership, proud to be in this fight with you.”

That’s largely because of pro-life women. A Gallup poll released last summer found 48% of Americans (men and women) identify as pro-life, which is same percentage of Americans who call themselves pro-choice. In January, a Marist poll showed 75% of Americans want abortion restricted to the first three months of pregnancy. Looking specifically at young millennial women, CBS and Refinery29 poll numbers revealed in August that 72% are likely in favor of some kind of abortion restriction.

It’s also because of unborn women. Planned Parenthood has destroyed an estimated seven million unborn babies since 1973, when the Supreme Court legalized abortion nationwide with its Roe v. Wade ruling. 3.8 million of those happened under Richards’ watch, according to pro-life group Susan B. Anthony List. In total, pro-life leaders estimate 60 million Americans have been aborted since 1973. And, according to the Charlotte Lozier Institute, the research arm of Susan B. Anthony List, some of those unborn babies were aborted because they were girls via sex-selective abortions.

When CNN asked Garza on Monday if Supermajority would include different women – like Republican women – she couldn’t say. But she still argued the group represents the majority.

“This effort, Supermajority, is a home for women’s activism. And we share a set of values that we think the majority of the country shares,” Garza said. “And so this is a home for everybody who shares those values.”

With Planned Parenthood involved, “those values” include unrestricted abortion. In January, Wen called expanding abortion the “core mission” of Planned Parenthood. And, while president of Planned Parenthood, Richards declared that women “are not free” without abortion. She also cited that there is “no specific moment when life begins” and “that’s frankly why doctors and their patients should be in charge of these decisions.”

The trailer advertising Supermajority lists women as the majority of Americans, voters, and grassroots volunteers and donors. The narrators read, “Together we aren’t just the majority, we are a Supermajority.”

There’s just one problem: women aren’t together with them.