Katie Yoder
|
Posted: Mar 15, 2019 9:26 AM
Share   Tweet
The opinions expressed by columnists are their own and do not necessarily represent the views of Townhall.com. 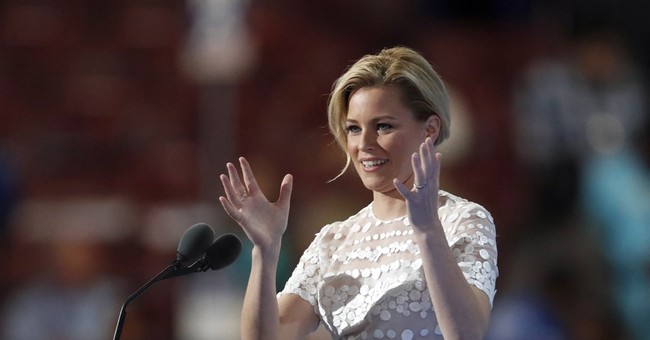 Planned Parenthood is deploying celebrity troops, from Elizabeth Banks to Alyssa Milano, to warn Americans of the Trump administration’s threat to “health care” – the health care of those already born, that is.

Planned Parenthood noticed and, on March 13, its president led a “Protect Ten” chant during a rally outside the Capitol in Washington, D.C.

“We will fight this Title X gag rule because it’s unethical, it’s dangerous, and it is illegal,” Leana Wen insisted as she accused the Trump administration of implementing the tools of “oppression” and “misogyny.” (Never mind that abortion is used as a sex-selective tool to weed out millions of unborn baby girls.)

For the fight, Planned Parenthood turned to celebrities to warn their thousands – and, in some cases, millions – of followers that “reproductive health care” was at risk. All of their tweets declared “#ProtectX” and most of them provided links to Planned Parenthood or included a Planned Parenthood graphic. Many of the tweets also matched each other, word for word.

Here are the 20 celebrities racing to Planned Parenthood's defense:

The Hunger Games actress tweeted out a graphic with a pink background and the words “Protect X” marked across it.

She wasn’t the only one. Seven other actresses and comedians used the exact same words.

The Charmed actress tweeted out the same, and included a personal video where she called the administration’s new regulations the “worst hit yet.”

“If you mentioned or referred to abortion, you can say goodbye to your Title X funding,” she warned.

The actress performs the voice of young Nala in the upcoming 2019 production of The Lion King. The 13-year-old’s tweet matched the tweets of Banks and Milano.

In addition to Reiner and Leyva, a third Orange Is the New Black actress chimed in: Gómez. But she used a different tweet from the ones above.

“Did you know that Title X, the nation’s program for affordable birth control & family planning services, is under attack?” she asked. “Health care is a human right and I stand with #PlannedParenthood to #ProtectX.”

The singer’s team used almost identical wording to Gómez, and added, “Get the facts.”

The Black-ish actress tweeted yet another message also used by several stars.

“Everyone, no matter who you are or how much you make, deserves health care,” she urged. “The attack on Title X, America’s program for affordable birth control & reproductive health care, could leave millions without care. I stand with Planned Parenthood to #ProtectX.”

12. – 18. Retta (Parks and Recreation), Allison Janney (The Help), Anika Noni Rose (The Princess and the Frog), Bianca Lawson (Save the Last Dance), singer Adia Victoria, model Emme, and Elgin Charles (The White Sistas) tweeted the same words as Tracee Ellis Ross, along with “#ProtectX.” Victoria added a personal video message to her tweet, calling out the administration for making “access to healthcare even more difficult.”

The band tweeted, “We must Protect Title X.” The four band members also released a video talking about how “healthcare is a human right.”

But they, along with the others above, forget that life is also a human right. This isn’t the first time Planned Parenthood has used celebrities to try to appeal to Americans, and it likely won’t be the last. But a part of America’s greatness lies in its citizens’ ability to express their own thoughts and speech – rather than bowing to star power.