Katie Pavlich
|
Posted: Apr 17, 2020 2:20 PM
Share   Tweet
The opinions expressed by columnists are their own and do not necessarily represent the views of Townhall.com. 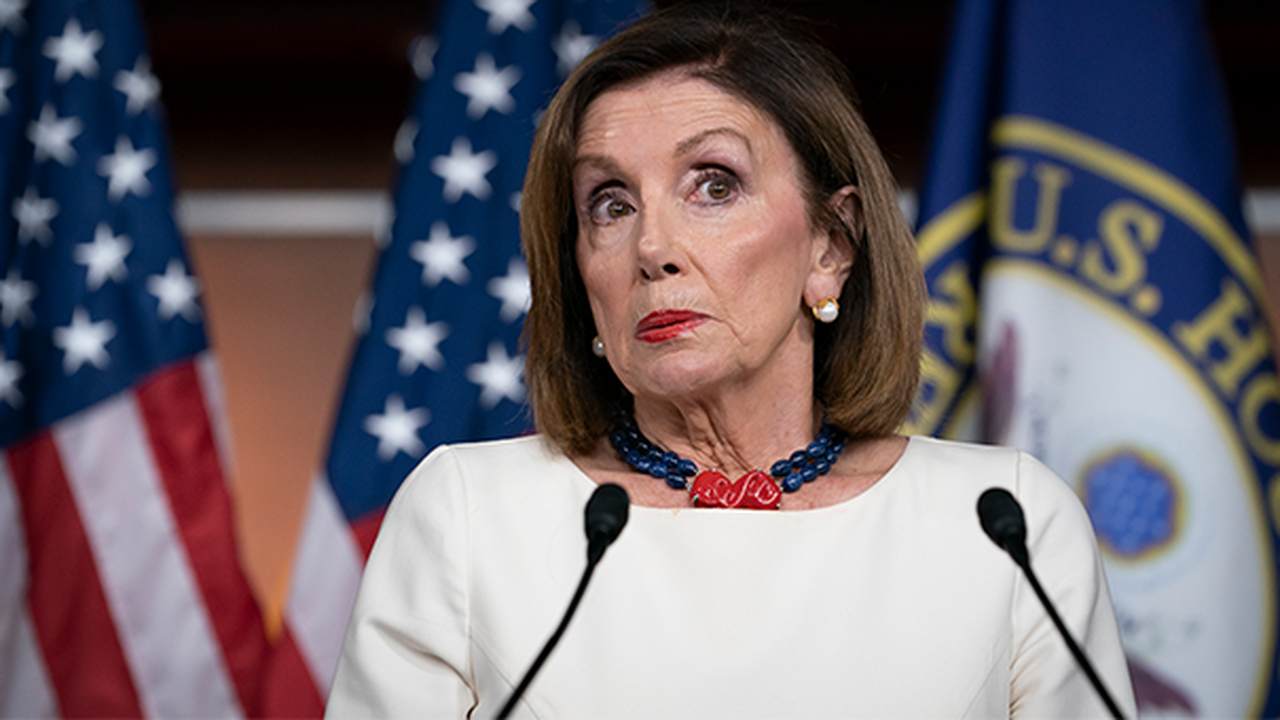 As long as I can remember, Democrats have claimed to be for the little guy. For the worker. For the people who need the most help. They've always been willing to implement government programs and spend endless taxpayer money.

But as the country reels from the continuing and catastrophic fallout of the Wuhan coronavirus, House Speaker Nancy Pelosi is nowhere to be found in Washington, D.C. Instead, she's holding Americans hostage from her ivory tower in San Francisco.

Standing in front of two, $12,000 refrigerators on Tuesday, Pelosi did an interview with "The Late Late Show" host James Corden. To show the audience what she's been doing during a voluntary lockdown, she showed off her fully stocked freezers. In them, pints of ice cream that cost $13 apiece.

"Speaker Pelosi, what have you found? What are you going to share with us from your home?!" Corden asked with excitement.

"Chocolate. Chocolate candy. And, this is something you can get through the mail," Pelosi said with zero awareness, rifling through her expensive options. "Chocolate and then we have some other chocolate here."

Two days later, the well of the Paycheck Protection Program (PPP) ran dry as 5.2 million more Americans filed for unemployment. Total unemployment numbers have blown past records with at least 22 million Americans losing their jobs. And that was just over the course of the past 30 days.

This bleeding will continue and translates to Americans being unable to afford rent, mortgages, tuition, and yes, to stock their freezers to feed their families.

But Pelosi doesn't care, and her abhorrent behavior proves it. From afar, she continues to stonewall President Trump and Senate Majority Leader Mitch McConnell, who have been calling for the replenishing of the program for weeks. In fact, Senate Republicans were ready to approve additional funding for the program last week, $250 billion worth, but were blocked by Senate Democrats following Chuck Schumer and Pelosi's political lead.

Before the first PPP passed in March, Pelosi fought its swift passage by inserting far-left agenda items into the $2 trillion coronavirus rescue package. This unnecessarily resulted in business owners having no choice but to let workers go.

But to Pelosi, perched away from the masses, the narrative against President Trump is what really matters. After all, a bad economy is bad for re-election, and Democrats have been hoping for a recession since January 20, 2017.

"The truth is, because of the incompetent reaction to this health crisis, the strong economy handed to Donald Trump is now a disaster, causing the suffering of countless Americans and endangering lives," Pelosi said earlier this week as justification for her obstruction.

She's the one endangering lives with her blind partisanship.

Democratic advocacy for the little guy, particularly from Pelosi, only matters when it serves a leftist agenda. If it helps Trump at all, it must be opposed at all costs. The political ends justify the means.

People are suffering in ways and numbers we haven't seen since the Great Depression. Nancy Pelosi doesn't care.