Katie Pavlich
|
Posted: Jan 10, 2020 9:15 AM
Share   Tweet
The opinions expressed by columnists are their own and do not necessarily represent the views of Townhall.com. 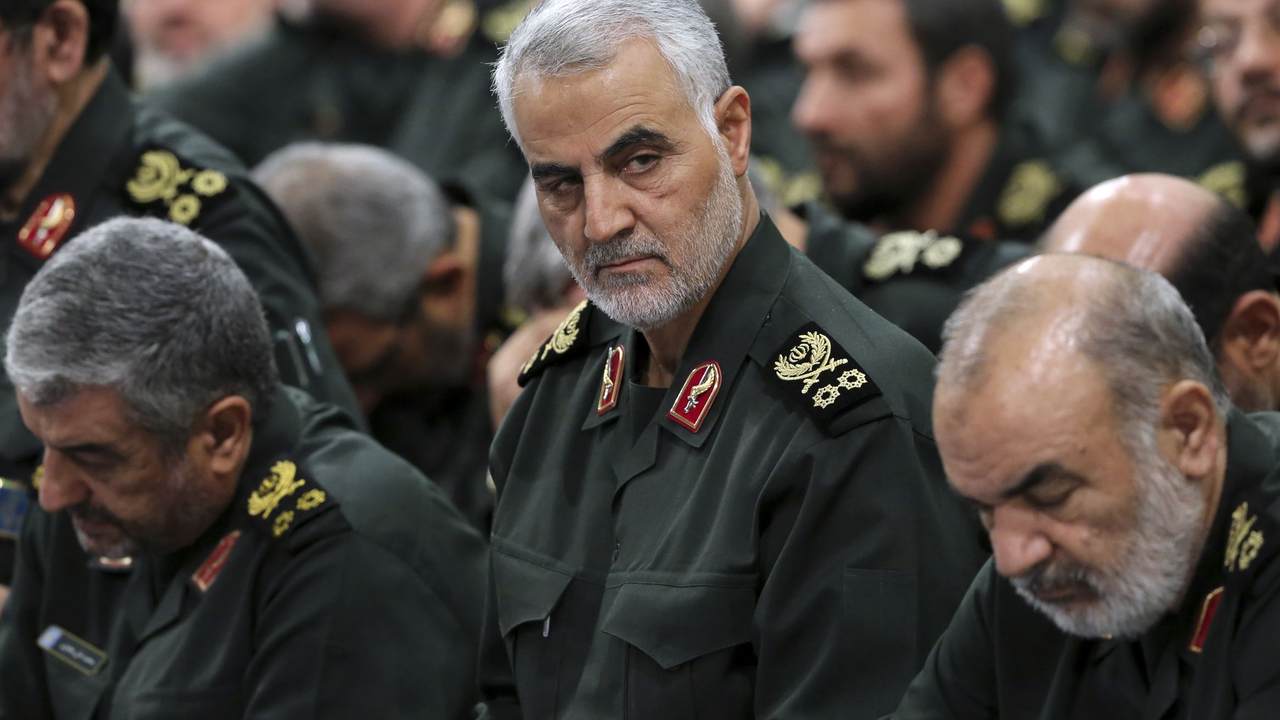 Just hours into the new year, President Trump confirmed the United States was responsible for an airstrike that killed Iranian terror leader Qassem Soleimani and his deputy, Abu Mahdi al-Muhandis. It happened just outside of the Baghdad airport in Iraq. He did so by simply posting the image of an American flag on Twitter, a message of pride, victory and justice.

But immediately the Left in the media condemned the move, called President Trump’s decision to take the strike “reckless” and panicked about the beginning of World War III.

Democrats on Capitol Hill also chimed in, calling the strike “disproportionate,” despite the blood of hundreds of American troops and thousands of civilians being on Soleimani’s hands.

“American leaders’ highest priority is to protect American lives and interests. But we cannot put the lives of American servicemembers, diplomats and others further at risk by engaging in provocative and disproportionate actions,” House Speaker Nancy Pelosi tweeted.

With Soleimani’s funeral procession taking place in Iran, where thousands were forced to attend and praise him or face death, things got worse.

“When some people die, you know, you don’t know what the impact is going to be. When Princess Diana died, for example, there was a huge emotional outpouring. Elvis Presley in our culture. It turns out this general we killed was a beloved hero of the Iranian people to the point where look at the people, we have pictures of it now, these enormous crowds coming out. There’s no American emotion in this case, but there’s a hell of a lot of emotion on the other side,” MSNBC anchor Chris Matthews said in distress.

No American emotion? Soleimani killed and maimed thousands of Americans. He was planning new attacks and had just directed Iranian militia members to overrun the U.S. Embassy in Baghdad.

After the funeral, Iran retaliated by firing 15 missiles at Al Asad airbase in Iraq, where U.S. troops are housed. They came directly from the regime and from Iranian territory, not from Iranian militia groups in Iraq.

The next day, President Trump showed restraint and resolve. He made it clear the strike on Soleimani was a defensive, counterterrorism measure, not the launch of war with Iran. He did not order attacks into Iran.

“I'm pleased to inform you: The American people should be extremely grateful and happy no Americans were harmed in last night’s attack by the Iranian regime. We suffered no casualties, all of our soldiers are safe, and only minimal damage was sustained at our military bases,” Trump said during an address from the White House. “Our great American forces are prepared for anything. Iran appears to be standing down, which is a good thing for all parties concerned and a very good thing for the world.”

Hours after the missile fire stopped, Ukrainian Airlines Flight PS752 crashed. We know now Iran shot the plane down with Russian missiles just after takeoff from Tehran’s Imam Khomeini International Airport. All 176 people on board were killed. Men, women and children.

The Iranian regime is refusing to turn over the black boxes and continues to claim the aircraft, which was only three years old, suffered from an engine failure.

This news prompted Mayor Pete Buttigieg, who is running to be commander-in-chief, to blame President Trump and the United States. He did this despite the attack happening in Iranian territory where the U.S. did not send a military response.

“Innocent civilians are now dead because they were caught in the middle of an unnecessary and unwanted military tit for tat. My thoughts are with the families and loved ones of all 176 souls lost aboard this flight,” Buttigieg said.

"This is yet another example of collateral damage from the actions that have been taken in a provocative way by the President of the United States,” she said during an interview with CNN.

Pundits immediately started calling the tragedy “crossfire,” despite Iran being completely responsible. America didn’t fire back. Iran shot down a commercial airliner carrying hundreds of innocent people in its airspace. The plane crashed almost immediately after takeoff, on Iranian soil.

The killing of Soleimani and the Iranian shoot down of flight PS752 again proves Democrats are willing to blame America first, bolstering anti-American sentiment from the enemy, no matter the facts. In dangerous times, Democrats are making a choice to put politics over patriotism. Their own words make that clear.