No, Elitist Bloomberg Isn’t a 'Moderate'

Katie Pavlich
|
Posted: Nov 27, 2019 11:10 AM
Share   Tweet
The opinions expressed by columnists are their own and do not necessarily represent the views of Townhall.com. 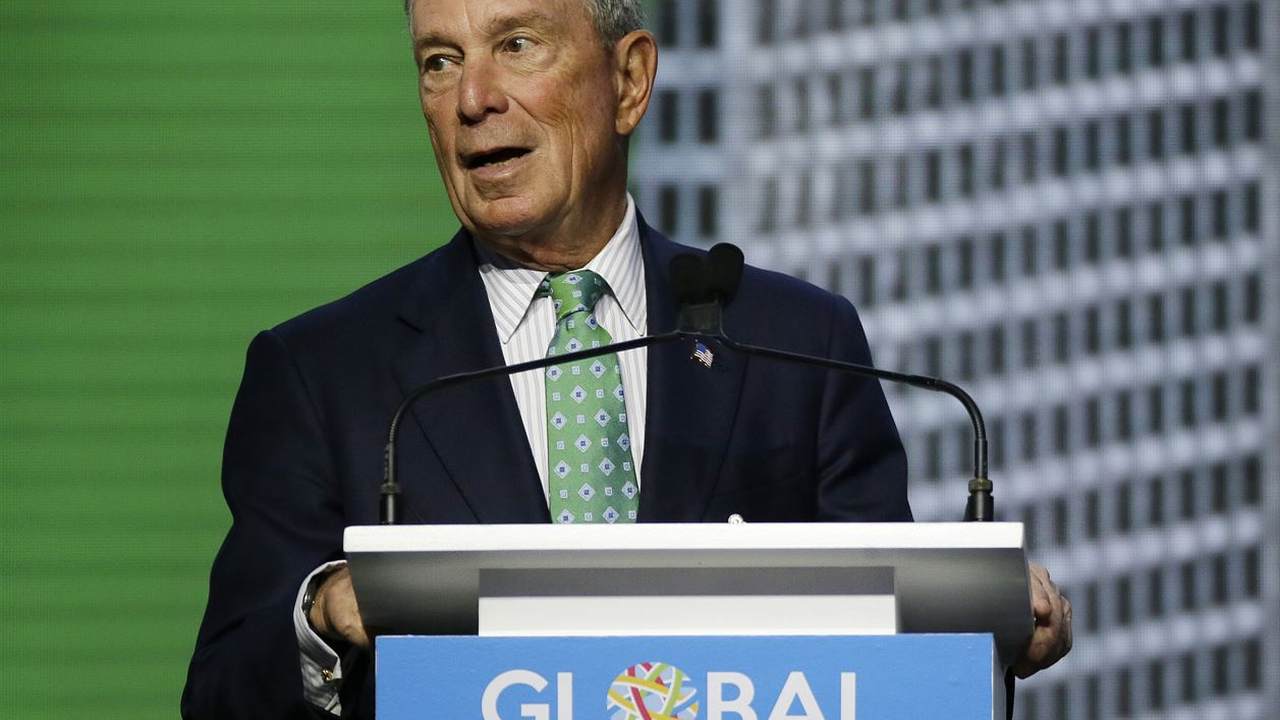 Former Republican, Independent, mayor of New York City and current Democrat Michael Bloomberg officially entered the 2020 race for president this week. By doing so, he’s irking Democratic voters who already believe the field is too large, and most of the media is classifying him as a “moderate” alternative to former Vice President Joe Biden.

“I’m running for president to defeat Donald Trump and rebuild America. We cannot afford four more years of President Trump’s reckless and unethical actions. He represents an existential threat to our country and our values. If he wins another term in office, we may never recover from the damage. The stakes could not be higher. We must win this election. And we must begin rebuilding America,” Bloomberg declared in his presidential campaign announcement.

But make no mistake, Bloomberg is no moderate and stands against the very foundation of America: individual liberty.

During his time as mayor of New York City, Bloomberg demanded city officials regulate the soda cup sizes sold by restaurants, movie theaters, gas stations, delis, etc. all over the city. He argued this would curb people’s choices and by government force, would make them healthier or at least more informed.

The Sugary Drinks Portion Cap Rule immediately faced lawsuits and was struck down by a judge as “arbitrary and capricious.”

But Bloomberg didn’t let that stop him. Instead, he took his money into Chicago to back a soda tax, which was eventually repealed by the Cook County Board of Supervisors. In other words, he lost again.

“The American Beverage Association beat former New York City Mayor Michael Bloomberg in Cook County — yes, this was a proxy war — as Bloomberg plucked down millions of dollars to prop up Cook County Board President Toni Preckwinkle. How much — or whether — Preckwinkle will be politically punished in her ill-conceived quest to raise revenue for the cash-starved county under the guise of making folks healthier, will be clearer as she seeks a third term in 2018,” the Chicago Sun-Times reported in 2017.

A soda tax may seem relatively harmless, but Bloomberg’s other pet projects are serious threats to the U.S. Constitution.

Since leaving public office in 2013, Bloomberg has spent his time and his billions limiting the Second Amendment rights of Americans all over the country. Most recently, he dumped millions of dollars into purple Virginia and flipped it completely blue. He backed anti-Second Amendment candidates and all but ensured the state’s new gun control laws will make it look more like leftist dominated New York, Maryland and New Jersey rather than Pennsylvania, North Carolina or Georgia. His activism isn’t about gun safety; it’s about controlling Americans who he’s called “stupid” for exercising their constitutional rights.

“It’s like smoking: I’ve always defended your right to smoke. I think you’re crazy, but I don’t think we should take away your right. I do think we should take away your right to smoke where other people have to breathe your smoke. But if you go outside away from everybody else, I don’t have a problem with that. And if you want to have a gun in your house, I think you’re pretty stupid – particularly if you have kids – but I guess you have a right to do that. Someday, there is going to be a suit against parents who smoke in their houses or have guns in their houses by a kid. It’s not that far-fetched,” Bloomberg told Rolling Stone in a 2014 interview.

Despite having 24/7 armed security, for those who can’t afford to outsource their personal protection and defense, Bloomberg believes owning a firearm is the same thing as smoking a cigarette. He doesn’t believe in the individual right to keep and bear arms, for constitutional reasons or personal protection.

And finally, Bloomberg News announced this week it will not be doing investigative reporting on Democratic candidates but will continue to investigate the Trump administration and the Trump campaign. This crackdown on the First Amendment no doubt came from Bloomberg himself. After all, he has a history of berating reporters and limiting the access of those who ask too many questions.

Bloomberg is an elitist, big government tyrant who wants to control the lives and decisions of Americans. Why? Because he thinks he’s better than you, whether it’s limiting your ability to protect yourself and your family, to order the drink of your choice or to speak freely under the First Amendment. He’s no moderate.