Katie Pavlich
|
Posted: Jan 26, 2016 12:01 AM
Share   Tweet
The opinions expressed by columnists are their own and do not necessarily represent the views of Townhall.com. 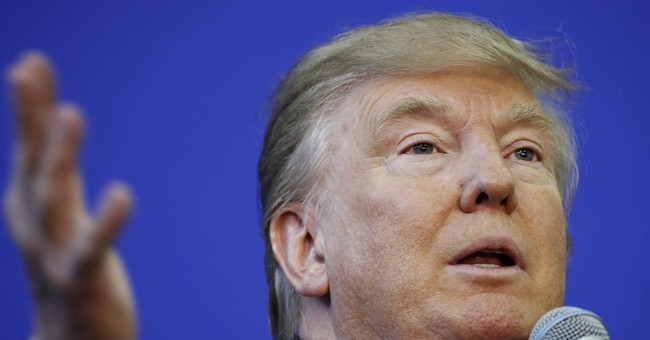 Trending
Editor’s note: The views expressed here are those solely of the author.

It’s been nearly one week since National Review published their special edition magazine titled, “Against Trump,” a symposium of 22-diverse conservatives making a case against Donald Trump’s run for the White House.

I have a signed copy of “God & Man at Yale” on my bookshelf and copies of letters from William F. Buckley, Jr. written to my late great uncle tucked away in a drawer. The two were friends. In 2013, I went through the competitive National Review Institute program and had the privilege of learning from some of the conservative movement’s most influential thinkers and leaders. When I got a call from National Review Editor-in-Chief Rich Lowry asking if I’d be interested in participating in the symposium, without hesitation I said yes.

Based on the punditry across the cable news spectrum over the past few days, it’s painfully obvious very few people, including many conservatives, Republicans and even straight news anchors, opining on “Against Trump” actually read the entire thing. This is a shame.

The outrage over a conservative opinion magazine publishing a well-documented case against Trump has been interesting, to say the least. Dozens of newspapers each election cycle endorse candidates running for public office. By default, an endorsement means being against the rest of the field. To some, what National Review did is outrageous and “offensive,” but do the same descriptions apply when other print editorial boards across the country endorse candidates? The answer is no.

What National Review published is no different than a single endorsement of a candidate and is simply an honest stance about which candidate the 22-author symposium is against. The difference here is that the subject was Trump and the substance of the piece was not favorable to him. Because of this, a predictable tantrum ensued.

I welcome civil discussion, disagreement and even tough debate, but I reject the idea we’re only allowed to have an opinion so long as it serves and satisfies a certain candidate, no matter who it is. That's not how the primary process works.

It is important to note in the days since “Against Trump” was published, I’ve received far more substantive support for the piece, and my part in it, than negativity.

That being said, I should point out the impossibility of taking Trump’s supporters seriously when they hurl endless names through the internet: degenerate, cuckservative, RINO, establishment hack, c*nt, b*itch, two faced c*cksucker, maggot, part of an "unwise pig pile," etc. Not to mention those who told me, and other authors of the piece, to commit suicide.

There is no doubt Donald Trump would be proud of this type of name-calling and incivility. After all, his supporters have learned from his “leadership."

I’m not going to restate my case against Trump here, as it has already been done, but I will stand by what I said no matter how “offensive” some may make it seem. Further, I strongly reject calls for anyone who disagrees with Trump to “soldier up and get in line” simply because he’s winning in the polls. Votes aren’t bought and they certainly aren’t an entitlement. Votes are earned after trust, especially when a candidate’s decades long record is one of supporting big government, progressive ideology and liberal policy.