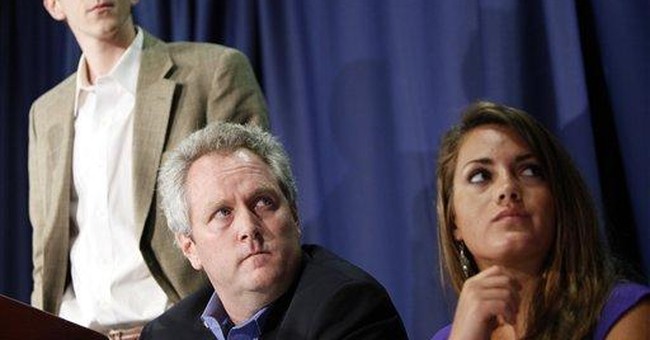 “Don’t go on Current TV looking like a conservative. Wear a Rolling Stones t-shirt or something,” Andrew told me recently. “You’ve got to be a fighter. Don’t hold back. You’ve got to go for the throat with these guys. Don't back down, don't let them control the narrative.”

To keep it simple: Andrew changed media and he did it by fighting, hard. Whether it was busting open the ACORN story by believing in two young, brave journalists, uncovering corruption with Pigford, taking down a sitting Congressman for showing his Weiner, commandeering a press conference for the guy he just exposed, defending women and children from occupy rapists or simply being unafraid of taking on any challenge, Andrew’s unconventional style has carried journalism into a new, positive, factual, influential and proactive direction.

Andrew dedicated his life to attacking the institutional left, but the foundation of his work and the drive for his unwavering dedication was centered around his simple demand for, and loyalty to, the truth.

His work will continue. Looking at Andrew’s twitter feed after his death, I am not surprised. The far left has taken it upon themselves once again to show who they really are, which is exactly what Andrew would have wanted and why his style was so genius. They laughed and snickered about us losing one of our greatest warriors and many of them even cheered. Somewhere in the world, George Soros smiled.

Unfortunately for them, Andrew is not gone and is still very much with us. He built an army that will carry on the work he started. He laid a solid foundation rooted in principle for the right to battle on moving forward. The disgusting, predictable, vile and pure evil behavior and reaction to Andrew's death from the leftists he fought every day, have only further awakened a movement.

The torches of truth, accountability and freedom will be carried forward by thousands of bloggers and activists he trained and inspired. His tragic death is a battle cry. We are inspired, we are encouraged and we will not be defeated.