The Millennial Case For Ted Cruz

Katie Kieffer
|
Posted: Feb 29, 2016 12:01 AM
Share   Tweet
The opinions expressed by columnists are their own and do not necessarily represent the views of Townhall.com. 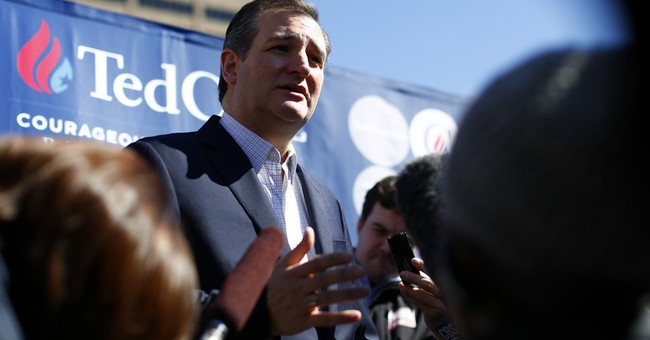 Given a choice between Trump, Cruz or Rubio—for whom will Millennials vote? The answer to this question is key to making the best strategic decision on Super Tuesday. Because Millennials determined the past two presidential elections.

Sen. Ted Cruz stands out for his ability to steal independent young swing voters away from Hillary Clinton and win the White House. Let me explain.

Hello from the other side

Hillary has a monopoly on angry grandmothers. She struggles with Millennials, especially young and unmarried women—America’s largest and most powerful voting cohort that helped Obama win 16 primaries and the White House.

Trump has the same Millennial problem. “I won in every single category!” he boasted after the Nevada primary. Except Millennials. They don’t trust him. I’ll get to Rubio’s trust problem with Millennials, especially Hispanic Millennials, in a moment.

Vote for a winner

Hillary and Trump are both suspect in the eyes of Millennials because they are flip-floppers, elite “one percenters,” and have fraud cases looming over their heads.

She is accused of violating federal law and lying about jeopardizing state secrets over insecure email. Trump faces a class action lawsuit for swindling middle class Americans who attended Trump University out of their life savings on false promises of making it in real estate. He is being audited and refuses to show us his full tax returns. Plus, he praises and regularly contributed to Democrats.

Last Friday, Rubio admitted that a brokered convention may be the only way that he could net the nomination. Polls predict he loses in all important upcoming states, including his home state of Florida.

Hispanic Millennials are listening
During last Thursday’s GOP debate, a Latina moderator from Telemundo named Maria Celeste Arrarás made an important point: Hispanics have been listening closely to Cruz and Rubio and they’ve noticed that Rubio is inconsistent.

“Maria Celeste Arrarás …she confirmed that Cruz has been accurate in his attempt to get people to understand that Rubio is saying two different things depending on the audience. When he's speaking Spanish to an Hispanic audience, he is saying what he thinks they want to hear when it comes to Gang of Eight and amnesty,” explained Rush Limbaugh.

Rubio can speak Spanish until he needs a sip of bottled water, but it won’t help him. Because Hispanics now know that while he tells them he’s for amnesty, he tells his English-speaking audiences that he wants a wall. Cruz is the only consistent Hispanic. Young Hispanics are more likely to trust him to look out for the best interest than a man who double-talks.

Because authenticity and consistency matters to today’s young people. “I don’t agree with Ron Paul on everything, but I trusted him,” was the message I heard over and over from Millennials in 2012. Translation: young people don’t need to agree with everything a candidate says but they DO need to trust them.

To win, Rubio counts on his GOP establishment pals to re-write the rules at this summer’s national convention. You’ll recall that’s how ObamaCare architect Mitt Romney was forced down our throat as the GOP nominee—and proceeded to lose the White House. Elite bureaucrats were too good for Ron Paul, so they re-wrote rules to deny him the nomination. 2012 CNN exit polls indicate the GOP would have won the youth vote and the White House had they nominated Paul.

Democrats will always outdo us in terms of offering freebies. Our best hope is to outdo them on trust. Neither Trump nor Rubio can outdo Clinton on trust. Cruz can.

Change we can believe in

Change is a message that resonates with all generations. The same folks who hissed at Obama for selling “hope and change” are packing into stadiums to hear Trump deliver a recycled version Obama’s message because—as many say—“it’s like a rock concert.”

My generation is the first generation of Americans to do worse than our parents. The 2016 election is our best chance for real change. But we must nominate the strongest candidate.

He’s a 45-year-old Texas cowboy. When another junior senator of Cuban descent saddled up with the Democrats, he donned his spurs and mounted wild bulls like amnesty, ObamaCare and Planned Parenthood—without getting bucked.

My generation of Millennial swing voters is 95 million strong. Let me be clear: the Millennial vote determined the past two presidential elections. Consistency helped Obama seem more reliable than Romney. We can’t afford to nominate another unreliable flip-flopper by pretending he’s “electable.”