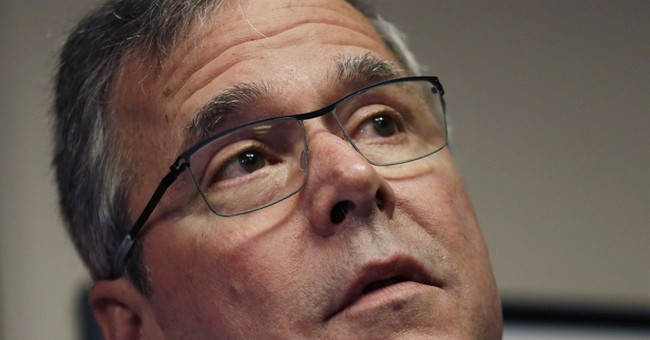 Dana Perino, former White House press secretary for President George W. Bush and co-host of the Fox News Channels "The Five," makes a plea for civility in her book "And the Good News Is ..."

Shes worried that "Weve gone from being the confident leader of the free world to bickering about every living thing under the sun."

Perino is not against arguing, mind you. "(B)eing civil means that we can argue vehemently and then either find some compromise, call it a tie or move onto something else," she writes.

She has some solutions for the partisan rancor that is paralyzing our government and poisoning our discourse.

"If you dont start off thinking the opposition is evil," she writes, "but that they want to get to the same place you do, then youre already on your way to having a more civil and productive conversation."

The last presidential campaign cycle felt at times like a disaster for those who argued for religious liberty. Rational arguments about our countrys rich history of protecting conscience rights were drowned out by name-calling and shrill, hectoring attacks.

This year, some Republicans appear to be heading off such tactics.

In a recent phone conversation, former Florida Gov. Jeb Bush told me of his desire to "figure out a way that gets beyond being pushed into a position where you sound like youre intolerant of people who may not agree (with you)," while still standing up for your own beliefs.

One front on which Bush sees room for a more nuanced conversation is abortion. Specifically, he sees the wisdom in emphasizing the need for accountability, safety and respect for life. He brings up several discussion topics: "Do you think a 13-year-old should (be able to) have an abortion without a parents consent?" he asks. "Do you think there should be (many) more resources for adoption?" "Should there be counseling for women who are in a precarious position of having to make a decision like (abortion) that is life-changing?" On "all these things," Bush says, "there is more consensus" than is acknowledged in partisan politics. "The challenge is how do you get to that -- we have to get to that."

Democrats should welcome this approach. That is, if they want to make some headway on the issue and give teeth to the "safe, legal, and rare" rhetoric of Bill Clinton. Specifically, in the case of former Secretary of State Hillary Clinton, she should be kept to her own words. In her 2003 book, "Living History," she writes about an encounter with Mother Teresa: "While we never agreed about abortion and birth control, Mother Teresa and I found much common ground in many other areas including the importance of adoption. We shared the conviction adoption was a vastly better choice than abortion for unplanned or unwanted babies."

Now that is certainly a place to start: education and support for adoption, a focus on working together for the good of women, children and families. Uniting, not dividing, is good politics and good leadership. Since 2009, Gallup has seen more Americans identify as pro-life than pro-choice. In a 2015 Marist poll, 84 percent of Americans want restrictions on abortion -- including seven in 10 who identify as pro-choice.

"We dont need to move the two polarized halves of the American population toward a compromise position on abortion," Carl Anderson wrote in "Beyond a House Divided." "We need to start our conversation in the place where the overwhelming majority of Americans already stand."

"Science has changed a lot of minds about late-term abortion," Perino recently said. "And faith and morals have changed a lot of hearts." Who is going to forsake rhetorical weapons and move us forward? This should be a bipartisan, civil effort, for the sake of our very civilization. Would a President Hillary Clinton honor Mother Teresa with her leadership?