The Billification of Barack Obama 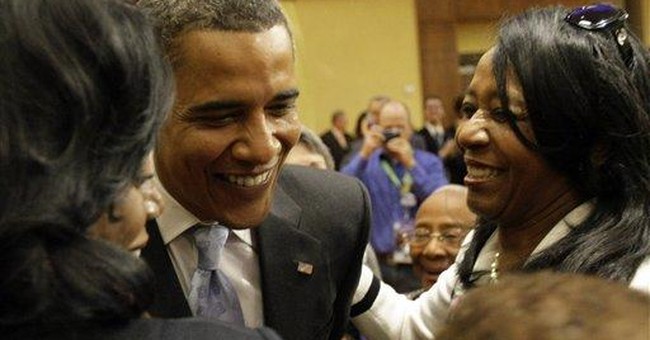 WASHINGTON -- The night was praised as a merging of the seas, as Bill and Hillary Clinton led their party in a healing ritual of unity by anointing The One.

And the Democrats did heal themselves.

And Bill Clinton did pass the baton to Barack Obama. And Hillary Rodham and her staff did comfort the disappointed. And the people hugged. And the people wept. And then both men texted their wives with the same message: "Smile, mama, it's almost over."

And Michelle and Hillary did smile.

But is it over?

Is the pope pro-choice?

Whatever the Clintons say or do, it is never -- ever -- for the benefit only of someone else. And it is never over.

When it comes to politics, the Clintons are twinnier than the Twin Cities where Republicans will gather next week. For their entire marriage, the two have acted as one organism, both aimed at a common goal: Survival of the Clintons.

Their performances at the Democratic convention, no matter how polished, can't suddenly be viewed outside the prism of that knowledge and our nation's experience. They are nothing if not professional pols, and both surpassed themselves.

But beneath that sea of tranquility and brotherly love being projected from Denver is a roiling mistrust.

History tells us as much.

Watching Michelle Obama as the cameras panned her face during the former president's speech was to be reminded of that history. It was irresistible to wonder what she was thinking. At times unsmiling and barely clapping, she seemed unable to muster her political face. We can imagine her thinking: Remind Obi-Wan to check that baton for razor blades.

It must have been supremely difficult for her to sit and watch as the convention hall welcomed Bill Clinton by exploding into prolonged applause. Barack Obama is The One, not Bill Clinton.

But it was like old times for the former president, swaddled in adoration, marinating in the musk of his minions. Oh, the rapture, the bask. So much flesh.

For his part, Clinton did what he has spent a lifetime doing -- trying to make everyone love him. All the chatter about his statesmanlike qualities in bridging the divide and healing the wounds is Kool-Aid talking. What else was he going to do? Minimize Obama's nomination by comparing him to Jesse Jackson, as he did after the South Carolina primary?

No, he's more clever than that. Instead, he praised Obama's opponent, John McCain, reminding all those disenfranchised women that they still have a choice.

"The Republicans in a few days will nominate a good man who has served our country heroically and who suffered terribly in a Vietnamese prison camp," Clinton said Wednesday night. "He loves his country every bit as much as we do. As a senator, he has shown his independence of right-wing orthodoxy on some very important issues."

But of course, Clinton supports Obama.

"Obviously, I favor Senator Obama's energy positions, and Democrats have been by and large the more forward-leaning actors," Clinton said. "But John McCain has the best record of any Republican running for president on the energy issue and on climate change. I'm very encouraged about where the presidential rhetoric is in this campaign."

Hillary, too, played her necessary role as unifier. She gave a great speech. And, yes, she moved to suspend the roll call of states and nominate Obama by acclamation. But what else was she going to do? Remind Democrats that Obama isn't ready to take that 3 a.m. call?

Patience is a virtue of age, they say, and the Clintons have learned to wait. If they can survive adultery, public humiliation and impeachment while in the White House, they can muddle through a little setback like Obama's nomination.

Obama is special, to be sure. He is unique. He is often inspiring. He also can lose.