Should Shame (Or Lack of it) Be the Moral Measure of Abortion?

Karen Ellison
|
Posted: Jan 24, 2020 12:01 AM
Share   Tweet
The opinions expressed by columnists are their own and do not necessarily represent the views of Townhall.com. 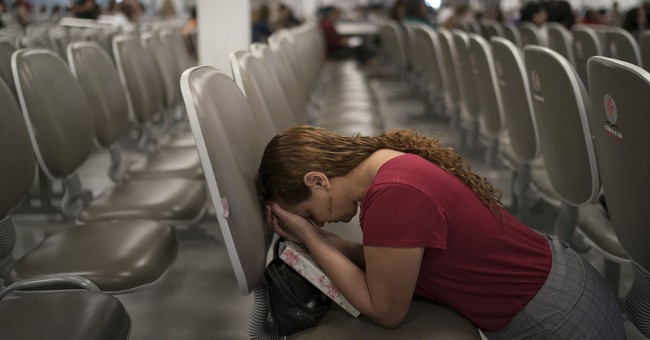 It would be peculiar timing if it weren’t intentional timing: an article in Harper’s Bazaar last week proclaiming that “most women who have abortions don’t regret them.” That the piece, supported by a couple of studies that supposedly prove this claim, was issued on the eve of Friday’s March for Life in Washington, D.C., seems to have more to do with trying to influence public opinion than trying to report the nation’s true feelings about the taking of preborn life.

Do a Google news search on “abortion” and you’ll see story after story featuring the “pro-choice” community acknowledging it is losing the battle for hearts and minds on the issue. As The New York Times put it in a major article a little more than a month ago: “In a six-month period this year, states across the South and Midwest passed 58 abortion restrictions. Alabama banned the procedure almost entirely. Lawmakers in Ohio introduced a similar bill shortly before Thanksgiving. And in March, the Supreme Court will hear its first major abortion case since President Donald Trump added two conservative justices and shifted the court to the right; how it rules could reshape the constitutional principles governing abortion rights.”

The Harper’s Bazaar story seems, then, to be an effort by the left to stem this tide against infanticide. Author Jennifer Wright makes the assertion that to hear women are not full of regret and shame over their past abortions is “deeply intolerant” to us “anti-choicers.” The implication is that we get great satisfaction when we hear that women are living with shame and regret from their past abortions.

Nothing, of course, could be further from the truth. What is true, though, is that in our world these days, feelings of shame and regret (or not) have become the determining factor for deciding if something is morally right and wrong. Furthermore, to feel shame or to be shamed seems to be the worst thing that could possibly happen to someone. But what if there is a redemptive purpose for guilt and shame?

As a woman who’s had an abortion and who has walked with literally hundreds of women (and men) through healing from their past abortions, I have experienced that purpose firsthand. Everyone has a unique and complicated story. And we can all feel compassion for someone who’s in a seemingly impossible situation and needs a quick solution. We also know that when a baby is brought into this world many new sacrifices have to be made.

When it comes to emotions, we all know people who are very emotionally present with their heart and their feelings. We also know that it’s possible to have your heart become so numb you don’t feel anything. So, even though our emotions can be indicators of our condition, they are not moral laws unto themselves.

The organization I founded, Deeper Still, hosts retreats all over the country in which women (and men) are given the opportunity to seek and receive healing for their abortion-wounded hearts. The most common age group that comes to retreats are in their 50s and 60s. We have participants in their 70s, a few still in their 20s, and several in their 30s and 40s, but those whose abortions were 20 to 40 years ago are the most common. On many occasions I’ve heard the words “I’ve lived with this most of my life, and I don’t want to take this burden to my grave.” Time and distance have a way of clarifying our true heart's values and priorities.

How abortion and its aftereffects may or may not have impacted you, me or anyone else does not prove or disprove anything. It doesn’t matter if your abortion-wounded heart manifested in every possible symptom you’ve ever heard about or not; that’s still not the basis upon which we judge the merits or horrors of abortion. Even if you legitimately never gave your abortion a second thought, never had a nightmare about it, or never felt even a twinge of guilt or shame, that still proves nothing about the rightness or wrongness of your abortion.

Abortion only matters because God says it matters. And even if you don’t believe there is one true God who has established certain moral laws that govern our universe, and influence our civil laws, it still doesn’t take you off the moral hook. The Bible is so clear that the shedding of innocent human blood and particularly child sacrifice is wrong because God created humans in His image and called them sacred.

So, I ask you again to consider this: what if guilt and shame were actually gifts from God to let us know that we have crossed a moral boundary -- which means we are morally guilty, and shame is just one of the indicators? This is a good thing, but thankfully it doesn’t have to be the end of the story. Because God is gracious, merciful, and kind He has made a way for our guilt to be atoned for, and our shame to be removed forever.

I can tell you that after my abortion I experienced tremendous guilt and shame. But I knew I had a choice. I could harden my heart, dig my heels in and shout that my abortion was justified, or I could bring my guilt and shame-ridden heart to the only one who could cleanse it, heal it and bring it back to life. I’m glad I chose the latter. I have been walking in freedom and wholeness for 35 years. And I offer you that same invitation.

Imagine the impact the voices connected to healed hearts could have in our nation’s ongoing cultural discussion about abortion. Tens of millions of men and women have been involved in the 61 million legal abortions since 1973. The powerful witness of even a small percentage of them about the damage done to their lives by the “right to choose” could tip the scales in favor of Roe being overturned. What a celebratory March for Life that would trigger.