J. Warner Wallace
|
Posted: Aug 25, 2018 12:01 AM
Share   Tweet
The opinions expressed by columnists are their own and do not necessarily represent the views of Townhall.com. 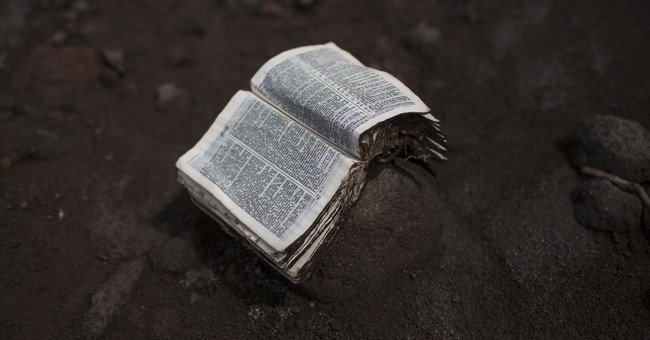 A new, 2018 Pew Research Center Report polled a growing group in America: “religious nones.” This group describes themselves as “nothing in particular” when asked if they identify with a specific religious group. The vast majority are ex-Christians, and most are under the age of thirty-five. Pew asked a representative sample of these “religious nones” why they now reject any religious affiliation and provided respondents with six possible responses.

From this data, one might infer that Christians leave the faith because they no longer agree with the teaching of the Church or that they don’t like religious organizations or leaders.

But this is not why young Christians are leaving the Church.

One glaring statistic was largely overlooked in the latest data collected by the Pew Research Center. When religious “nones” were asked to identify the most important reason for not affiliating with a religion, the largest response was that none of the six responses provided by Pew were actually very important. In this poll, Pew did not allow respondents to answer in their own words. So, even though respondents searched for an answer that approximated their experience, most didn’t believe that any of the reasons offered by Pew were very important to them when deciding to abandon their religious identity.

What, then, is the real reason young Christians (and other religious believers) leave the faith? The answer lies in a prior, 2016 Pew Research Center survey which allowed respondents to answer in their own words. In this study, most “nones” said they no longer identified with a religious group because they no longer believed it was true. When asked why they didn’t believe, many said their views about God had “evolved” and some reported having a “crisis of faith.” Their specific explanations included the following statements:

“Learning about evolution when I went away to college”
“Religion is the opiate of the people”
“Rational thought makes religion go out the window”
“Lack of any sort of scientific or specific evidence of a creator”
“I just realized somewhere along the line that I didn’t really believe it”
“I’m doing a lot more learning, studying and kind of making decisions myself rather than listening to someone else.”

The data from this 2016 study may explain why ex-Christians “question a lot of religious teaching,” as reported in the 2018 study. The teaching they question seems to be about the existence of God, and this is consistent with the explanations offered by ex-Christians in a variety of other recent studies. When Christians walk away from the faith, more often than not, it’s due to some form of intellectual skepticism. Ex-Christians often describe religious beliefs as innately blind or unreasonable.

But that doesn’t accurately reflect the rich, evidential history of Christianity. The psalmist appealed to the design and fine-tuning of the universe to demonstrate the existence of God (Psalm 19:1). Jesus appealed to both eyewitness testimony (John 16:8) and the indirect evidence of his miracles (John 10:38) to argue for the authority of his statements. The disciples identified themselves as eyewitnesses and appealed to their observations of the Resurrection to make the case for the Deity of Jesus (Acts 4:33).

Ex-Christians often leave the Church because they don’t think anyone in the Church can answer their questions or make a case. It’s time for believers to accept their responsibility to explain what Christianity proposes and why these propositions are true, especially when interacting with young people who have legitimate questions. Rather than embracing a blind or unreasonable faith, Christians must develop an informed, forensic faith that can stand up in the marketplace of ideas.

We know why young Christians are leaving. Now it’s time to give them a reason to stay.