Now the Post Office Wants to Be Your Bank 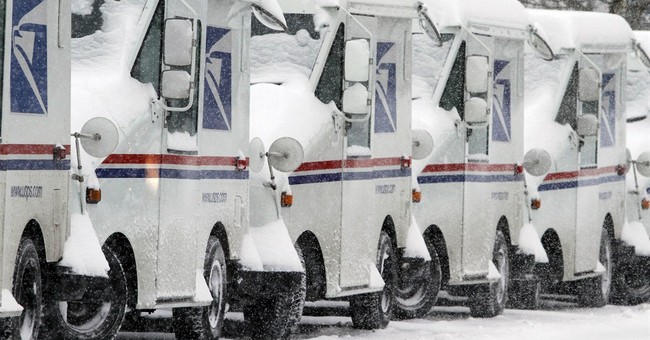 The economically beleaguered United States Postal Service (USPS) is now considering expanding from its core mission of delivering mail to providing banking services. What is concerning about this is that the USPS, which has proven financially incapable of keeping its head above water (even with a government backed monopoly and $18 billion in annual subsidies), could be putting taxpayers further on the hook for this new million if not billion dollar gamble.

According to a white paper released this month titled The Road Ahead for Postal Financial Services, USPS is assessing approaches it could take to offer financial services in an effort to raise revenue. The services proposed in the white paper range from check cashing and money orders to giving out loans. The overarching problem is the USPS has been plagued by financial inefficiency for years.

The Postal Service’s most recent financial report detailed a net loss of $1.5 billion for the second quarter of FY 2015, running from January to March. On the bright side this is actually down from the $1.9 billion it lost in the second quarter last year. However this is no sign of improvement as the USPS has suffered revenue losses 24 out of the past 26 quarters and has posted multi-billion dollar losses over the last 8 years. The Postal Service is now averaging about $5.5 billion in losses annually.

Given these figures it isn’t surprising the USPS is looking for new revenue. However, the solution is not to expand services into sectors they have no business being in in the first place. For instance USPS has also been testing its hand at grocery delivery services. Instead, the focus should be on reforming and improving the core service they were created to provide – mail delivery.

Yet a lack of focus on mail delivery is not the only criticism. The USPS also has a habit of engaging in economically illogical investments. Take the slated vehicle upgrade the USPS is considering, which would see the purchase of up to $6.3 billion worth of new trucks. The estimated cost savings from this billion dollar purchase – “about $350 million” over the next decade.

One doesn’t have to be an economist to realize an investment of $6 billion for $350 million in savings flies in the face of common sense. Yet this type of financial ineptitude is one of the primary drivers of the Postal Service’s problems.

Gambling with billions in taxpayer dollars has no real consequence when the bureaucratic blinders are on because the USPS is not a private entity competing in the free market. They are a government-backed monopoly propped up by billions in taxpayer subsidies with no financial accountability and nothing to lose.

The time has come for the USPS to get its financial house in order and for Congress to examine common sense postal reforms like increased transparency and improving the core function of mail delivery. Trying to expand services to cover the costs of other failing services is like trying to put out a fire with gasoline.