Justin Haskins
|
Posted: Apr 07, 2016 10:45 AM
Share   Tweet
The opinions expressed by columnists are their own and do not necessarily represent the views of Townhall.com. 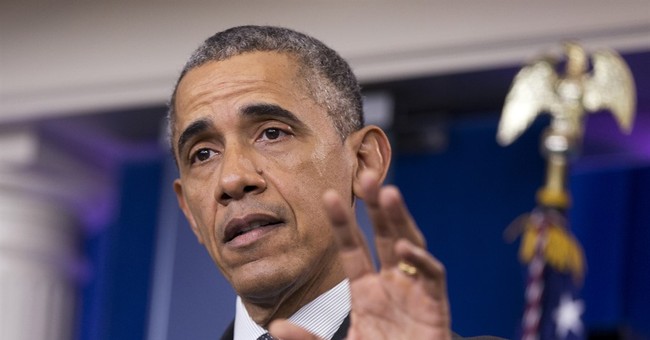 In September 2009, President Barack Obama released a highly touted report on the state of health insurance prices in the United States, titled The Burden of Health Insurance Premium Increases on American Families. The report, which was published by the Executive Office of the President (EOP), painted a grim picture of health care costs.

“Health insurance premiums continue to rise for American families,” wrote the authors of the EOP report. “Premiums are rising in all states and far in excess of wage growth or inflation. If we do nothing, the soaring rise of health insurance premiums will mean that millions of families and businesses will be unable to afford these increases and will lose their coverage over the coming years. For families that manage to keep their health insurance, health costs will consume an increasingly large portion of their budgets.”

More than six years have passed since the EOP report was released and the Affordable Care Act (ACA) was signed into law. A new analysis by Freedom Partners shows the promises and projections made by EOP in 2009 have not come to fruition. In fact, health insurance premiums continue to grow at rates similar to those experienced before ACA and wage growth has actually slowed. Between 2004 and 2009, average wages increased by 12.2 percent; since 2009, wages have risen by less than 9 percent.

In addition to rising premiums and falling wage growth, deductibles have also grown in recent years. According to data made available by the Robert Wood Johnson Foundation and analyzed by Freedom Partners, only five states and Washington, DC, saw average Obamacare exchange deductibles decrease from 2015 to 2016. Twenty-one states had average Obamacare deductibles rise by $300 or more, including eight states with deductible increases topping $500.

In March, the Obama administration celebrated the Affordable Care Act’s anniversary by proudly declaring, “Thanks to this law, 20 million more Americans now know the security of having health insurance, and our uninsured rate is below ten percent for the first time on record.”

There’s no denying the fact millions of Americans are now enrolled in Medicaid and Medicare or are receiving federal subsidies in an Obamacare health insurance exchange. But at what cost? If the mission of health care reform is to make tens of millions of people pay significantly more, have access to fewer health insurance options, be forced to purchase a product some people don’t want, and be required to contribute their hard-earned money toward health care services they are morally opposed to, then Obamacare has been a great success. This isn’t what effective health care reform looks like.

Instead of mandating how people live their lives, artificially manipulating health care markets, and raising taxes on an already over-taxed populace, pro-liberty health care reform gives more options, not less. It empowers states with the funding and freedoms they need to enact policies best designed to help the poor in their own local communities. It gives people the ability to purchase the health insurance they want rather than force them to buy from a select few options many people don’t need. It gives people the ability, using ground-breaking reforms such as health savings accounts, to save for their own health care instead of being forced to go through third-party insurance companies. It also doesn’t ask people to violate their deeply held personal or religious beliefs.

Pro-liberty health care reform ensures the nation’s most impoverished people are taken care of, but it also guarantees each person has the freedom to seek out the highest quality care possible and guarantees health care providers have the liberty they need to pursue the kind of innovation that has made the United States the most medically advanced nation in world history.