How High School Nearly Destroyed Me, and Why School Choice Matters 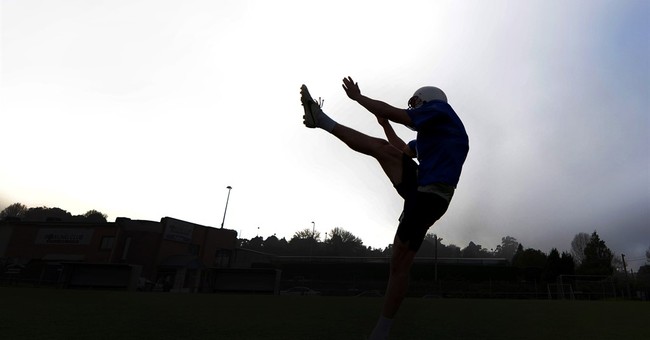 My time at Dover High School (DHS), located in a small city in southern New Hampshire, was not what most people would call normal. What started as a simple medical annoyance when I was in junior high school slowly transformed into a painful and undiagnosed stomach illness that progressively got worse with each passing day. It seemed as though every time I ate something, my gut would burst into flames, preventing me from spending time with friends, attending school, and even getting my driver’s license.

With each passing year, the number of days I missed school grew. By the time I was in my third year of high school, I was absent well over 100 times in a 180-day school year, and I often came to school late on many of the remaining days.

Being sick all the time was hard enough, but it was nearly unbearable to be sick in a school where the vast majority of the teachers and school administrators thought I was fabricating the illness because it was officially undiagnosed. My parents had followed all the proper guidelines for ensuring the school would continue to make reasonable accommodations for my education. They took me to countless doctors and received documentation from each indicating there was a real medical problem. They also ensured I was signed up for the 504 Plan, a set of policies established by federal law mandating public schools continue to offer sick and disabled students an education, and they met with school officials constantly to try and keep them on-track.

No matter what my parents or I did, my teachers wouldn’t budge. They were convinced my illness was a big lie I orchestrated to get myself out of going to class. As one of my history teachers wrote in a letter, he was unwilling to comply with the mandates of the 504 Plan because he refused to support “Justin’s vacation.” Teachers would fail me in courses even when I received A grades on tests and class assignments. One of my English teachers said it wouldn’t be fair to give me a passing grade when other students “actually came to class.”

School administrators were even worse. They suspended me for missing too many days of school—an absurd irony—and one official in a meeting flatly insisted I was “a liar” who had managed to trick his parents into believing an elaborate fiction.

There was no one willing to hold these teachers and administrators accountable for breaking federal law, and there were no other public school options available. I was trapped in what seemed like a hopeless situation.

Toward the end of my junior year, a doctor affiliated with Harvard Medical School diagnosed and treated what at the time was a relatively unknown bacterial infection that, when given the opportunity to build for several years, can cause a lot of pain and discomfort. After five years of being sick, I was cured in a little over a month.

The public school officials were baffled by this turn of events and went into full panic mode. After months of giving me virtually none of the required assignments from my teachers, a school official provided me with hundreds of assignments from all of my courses in one day. Soon the teachers and administrators began to spread an elaborate story claiming I had actually been treated fairly the whole time and was now lying about the various educational problems I had cited in the previous years.

It wasn’t until the school became aware of the meticulous recordkeeping my parents had used to keep track of all the run-ins with teachers and school officials that the school district finally forced the school to resolve the crisis.

Faced with the potential of a costly lawsuit, the school’s teachers and administrators gathered in a room with my parents one afternoon to discuss options for resolving the dispute. The solution they came to was to completely fabricate three years of school records, making up grades out of thin air in order to get out of a very sticky situation. Grades were haggled and bartered over like a business transaction; providing an education was not evidently an item on the school’s priority list.

My transition into life after high school ended was difficult at times, but I eventually went on to graduate at the top of my class at the University of Richmond and obtain two graduate degrees, one in government and another in journalism. I’ve been published in some of the world’s most prominent publications, and I have the honor of working for The Heartland Institute, a leading free-market think tank.

When people ask me how I found my way into the pro-liberty movement, the honest answer is that I was pushed into it. I didn’t learn much about calculus or physics in high school, but I received a priceless lesson in how bureaucracies work, how teachers unions protect their own at the expense of schoolchildren, and why giving parents and students the freedom to make educational choices should be a universal right, not a privilege reserved for the few.