Washington Is More Likely to Shrink Wallets than Waistlines 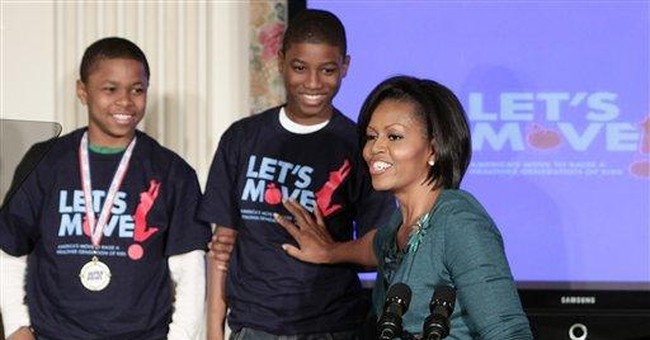 Washington continues to focus on health care, but more recently some prominent political figures have narrowed in on the health-care issue of obesity. While it may seem like the topic du jour, obesity has long been a national obsession. Weight-loss reality shows are hit programs on network and cable television. Trashy pop culture rags regularly feature pictures of pin thin actresses on their covers accompanying the hurtful headline “packing on the pounds.” Numerous infomercials tout miracle exercise routines and equipment and diet products crowd grocery store shelves, proving that Americans are already plenty concerned about fat. Now Washington is embracing the anti-fat obsession. Unfortunately, the solutions politicians are pushing are no more likely to work than are the diet pills sold on the back pages of magazines. Instead of shrinking waistlines, these efforts are more likely to shrink Americans’ wallets and grow government.

If a policy issue could win the lotto, obesity just hit the jackpot. Named as a premier issue for the First Lady, it has risen to near the very top of the President’s agenda. Pretty impressive when it’s competing against the big boys like oh, you know…war, massive history-making levels of unemployment, wacky dictators with loose nukes, and continuing threats of terrorism. But that’s ok. How will we fight the enemy and get back to work if we’re all too fat to fit though the door frame? Priorities people…first things first!

And the White House isn’t wasting any time. Just last month, the President signed an executive order establishing a task force on childhood obesity. The task force—made up of four cabinet members, the director of the Office of Management and Budget, and other high-level White House personnel—is charged with providing the President recommendations on the “development of legislative, budgetary, and policy proposals that can improve the health and well-being of children, their families, and communities.”

Why is it necessary to designate a special group of people to force this task? Isn’t there a really big building in the middle of Washington, DC with something like 64,000 employees and a budget of over $700 billion dedicated to health issues? Yes, there is! And it’s called the Department of Health and Human Services. Heck…the word “health” is even in the department’s title.

Someone tell the President!

And that’s not all. There’s another medical official within the federal government dedicated to advising the President on health issues—the Surgeon General, who according to the office’s website, “serves as America's Doctor by providing Americans the best scientific information available on how to improve their health and reduce the risk of illness and injury.”

But fine…ignore these qualified officials. Go ahead and set up a little task force to do what maybe a handful of those 64,000 employees at HHS or the Surgeon General’s office could easily do. After all, Washington loves a task force.

So, what exactly will this obesity task force do? What “recommendations” will it dream up and how much will it cost the average family? Drawing from the First Lady’s own comments on the issue, the recommendations will likely target a favorite food bogey-man—sugary drinks and unhealthy foods. Hiking the price of these foods, through sin taxes, is a solution the first lady believes might just work.

Sin taxes are a Washington favorite because they raise revenue but are popular with Democrats and forgivable with Republicans. The arguments for using them can be compelling--shouldn’t we tax smokers for creating higher health-care costs? Won't taxing sugary drinks and fatty foods encourage people to consume less and become healthier? But the fact is, sin taxes only succeed in one area--driving up the cost of food and other products and hurting the average consumer.

Take for instance taxes on sodas. This year, New York Governor David Paterson proposed a penny-an-ounce tax on soda in his state budget. This would amount to a 12 cent hike in the price of every soda and increase the cost of a 12-pack of soda from $2.99 to $5.87. The proposal also included a $38 tax on large bags of syrup sold to restaurants. For families on a strict budget and restaurants already dealing with a diminished customer base, that’s a significant increase. Not to mention, that we can all say a big goodbye to those popular free refills! But Governor Paterson’s proposal is relatively low compared to the taxes for which other politicians have called. Just this week, Philadelphia Mayor Michael Nutter proposed a 2 cent per 12-ounce beverage tax, which is just outmatched by Chicago’s current sugary drink tax of 3 cents.

Unfortunately, the data suggests that these taxes aren't succeeding in driving down American’s weight. Of the top ten fattest states in the Union, three--West Virginia, Tennessee and Arkansas—currently tax sodas and sugary drinks.

Some who are concerned about obesity may nod their heads and applaud measures that try to discourage soda consumption. They should ask themselves where the next sin tax will be imposed? Will juice drinks (which in many cases contain more sugar than sodas), energy drinks, coffee, wine or full-fat milk become the next target? What about chips and crackers and cookies and sugar cereals? Who is supposed to determine what is and isn’t healthy? How much higher can we drive food costs for families already struggling to make ends meet?

Americans' preoccupation with weight will continue as will Washington’s habit of meddling in very personal issues. Because Washington loves to meddle…almost as much as they like a task force.