One First Line of Defense 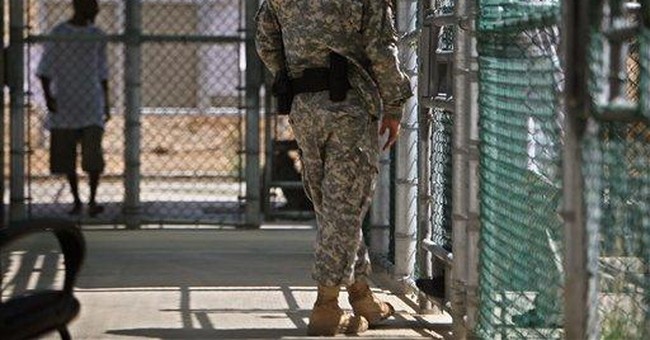 Instead of the typical slow holiday news cycle, the week between Christmas and New Year's featured near non-stop coverage of the Christmas Day terrorist attack on Delta Northwest flight 253 from Amsterdam. Yet in all of the talk, one aspect was relatively unexplored: The brave actions of Alhaji Umaru Mutallab, the respected Nigerian banker who contacted American authorities to report his son’s disturbing radicalization, and what the U.S. government's failure to take his warnings seriously means for others who might be considering reporting love ones who have joined the jihad.

According to the U.S. State Department, Mr. Mutallab met with U.S. Embassy officials in Nigeria on November 19th to relay concerns he had about his son. In response, the embassy officials followed procedures—sending a “Visas Viper Cable” containing Mutallab’s information about his son to the State Department in Washington, DC, where it was then forwarded to the National Counterterrorism Center for their review. Asked by reporters if the cable contained the information that Mr. Mutallab’s son, Umar Farouk Abdulmutallab, had a valid visa to enter the United States (valid until 2010), State Department Spokesman Ian Kelly stated “the Visas Viper Cable, it doesn’t require the embassy to report that the person has a visa. It requires them to report on the person’s name, date of birth, place of birth.” Asked why the State Department didn’t take the extra step to cancel his visa, Kelly simply stated that the State Department “absolutely has the authority to revoke [visas]” but added that “it’s not [State’s] responsibility.”

So, to review, while Mr. Mutallab took the extraordinarily courageous step to go to the American Embassy to report that his son had become more radical and might present a threat to himself and others, the embassy official did the absolute minimum in reporting this through official channels. The State Department bureaucrat sent only what protocol required, but didn’t bother to consider what extra steps might be prudent, such as reviewing his visa status or revoking his valid visa in order to make it, at the very least, a little more difficult for him to enter the United States.

From the State Department’s perspective, everything required by law was done. From Mr. Mutallab’s perspective, this was a devastating failure. Is there anything more difficult for a parent to do than report his child to authorities knowing the potential ramifications? It must have been heartbreaking for Mr. Mutallab to contact the American authorities and he should be highly praised for his actions.

Right now, numerous entities that are supposed to be involved in preventing terrorist attacks against the United States are reviewing what went wrong in the case of the Christmas bomber. The State Department should consider carefully not only how they let down the American people, but how they let down Mr. Mutallab. They should recognize that encouraging this type of bravery is critical to the defense of our country.

The State Department spends millions of dollars each year on high-gloss public diplomacy campaigns which include radio and television programming, news articles, billboards and other advertizing and in some places polling and focus groups. The point of these campaigns is to improve the image of America abroad and to help build trust between Americans and people around the world. Failing to act on information brought to Embassy officials by concerned parents of radicalized children is not only a security failure; it’s a public diplomacy failure.

We need a groundswell of people who openly reject jihad and radical Islam and are willing to report to the authorities those who preach and act out violently. That begins with building trust with those who might be considering approaching U.S. officials with information, and trust begins by assuring those around the world that we will take their information seriously.