The Chief Justice Takes On the President

Judge Andrew Napolitano
|
Posted: Nov 29, 2018 12:01 AM
Share   Tweet
The opinions expressed by columnists are their own and do not necessarily represent the views of Townhall.com. 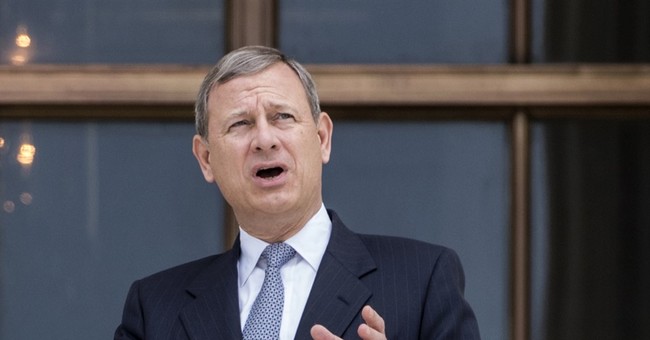 When Donald Trump became president, he swore an oath to uphold the Constitution and enforce federal laws "faithfully." James Madison, who was the scrivener at the Constitutional Convention, insisted on using the word "faithfully" in the presidential oath and including the oath in the body of the Constitution because he knew that presidents would face the temptation to disregard laws they dislike.

The employment of the word "faithfully" in the presidential oath is an unambiguous reminder to presidents that they must enforce federal laws as they are written, not as presidents may wish them to be. Earlier this month, Trump succumbed to Madison's feared temptation, and last week, a federal judge corrected him. Then an uproar ensued.

At the trial, the migrant has the burden of proving worthiness for asylum. That worthiness can be based only on government animosity toward the migrant or government failure to protect human rights and enforce property rights in the home country. If the migrant prevails at trial, asylum is granted, and a green card is issued. If not, deportation follows.

On Nov. 9, President Trump issued a proclamation directing the Border Patrol to deny entry to all migrants, including those with legitimate asylum claims, unless they come through government portals where Border Patrol personnel are present to address their applications. Though this sounds reasonable, it directly contradicts federal law, which expressly permits migrants to enter the U.S. anywhere.

When groups of migrants challenged Trump's order in federal court in San Francisco, Judge Jon Tigar prevented the government from complying with the president's proclamation. The judge did not make any value judgments, nor was he critical of the president's motivation. Rather, he ruled that the law is clear: Immigrants seeking asylum may enter anywhere, and the president cannot change federal law; only Congress can.

Trump dismissed Judge Tigar's ruling as meritless because the judge was appointed to the bench by former President Obama. The implication in Trump's words was that Judge Tigar ruled against him for political reasons. In reality, Judge Tigar did what any judge would do; he prevented the president from changing federal law and required him to enforce the immigration laws as Congress has written them -- and to do so faithfully.

Trump should not be surprised when judges rule against him when he takes the law into his own hands. He cannot close the border without an act of Congress and a lawful withdrawal from two treaties. He cannot refuse to accept asylum-seekers based on where they enter. He cannot use the military to enforce immigration laws -- his own secretary of defense called this a "stunt" -- without violating other federal laws.

Judge Tigar did not necessarily inject his personal ideology into his ruling (any more than the "Trump judge" who ruled for CNN and against the president did last week); he merely applied long-standing federal law. There is no room for ideology at the trial level. I know that personally from my own experience as a trial judge in New Jersey.

Shortly after Trump publicly blasted Judge Tigar, Chief Justice John Roberts came publicly to Tigar's defense. The chief justice announced that there are no Obama or Trump or Bush or Clinton judges, just hardworking defenders of the Constitution. That comment was met by two more from Trump, who disputed it directly.

There is no question that many federal judges are nominated by presidents because of shared views on public policy. But though this is ordinarily the case for appellate judges and, in the modern era, is always the case for Supreme Court justices, it is rarely the case for trial judges, of which Judge Tigar is one.

Trial judges do not make public policy. They apply statutes as written by Congress, pursuant to precedent as set forth by the Supreme Court and the intermediate appellate court to which they are subject.

Yet we know that there is a kernel of truth in the president's accusation and that there is a kernel of tongue in cheek in the chief justice's contention. Surely, Justice Ruth Bader Ginsburg would view Judge Tigar's ruling more favorably than Justice Samuel Alito would. Ginsburg, a Clinton appointee, would probably interpret the law literally, and Alito, a George W. Bush appointee, would probably give the president some wiggle room.

Yet the spectacle of the president and the chief justice disputing constitutional values is not a happy one. Here's why. Under the Constitution, the three branches of the federal government -- legislative, executive and judicial -- are equals. Yet the judiciary has the final say on the meaning of the Constitution and the laws. The judicial branch is anti-democratic. Federal judges shouldn't care what the public thinks. Their job is to apply the Constitution and interpret federal laws as they have been written, come what may.

For these reasons, federal judges and justices have life tenure. They do not need and should not seek public approval. And they should not enter public disputes -- other than by their judicial rulings -- for by doing so, they can appear as political as those in the other two branches.