Judge Andrew Napolitano
|
Posted: Sep 21, 2017 12:01 AM
Share   Tweet
The opinions expressed by columnists are their own and do not necessarily represent the views of Townhall.com. 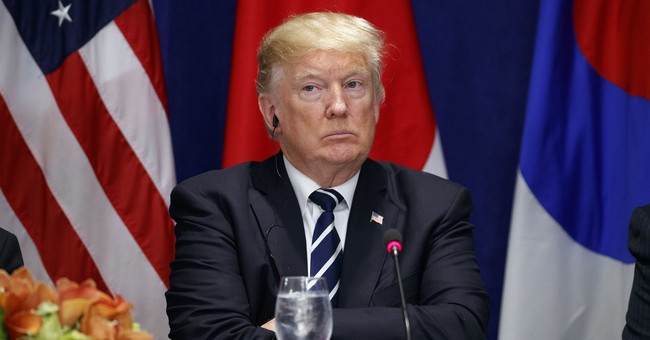 The Donald Trump I know is a smart guy who often thinks a few steps ahead of those whose will he is trying to bend. But I lately wonder whether he grasps the gravity of the legal peril that is beginning to show up around him. In the past week, we learned of an unfiltered public confession of frustration and weakness among his lawyers and we learned that his former chief confidant and campaign manager is about to be indicted. This is very bad news for President Trump.

Trump has hired two experienced Washington criminal defense lawyers to represent him in dealings with Robert Mueller, the independent special counsel who is investigating what connection, if any, there was between Trump's presidential campaign and elements of the Russian government. Mueller has apparently struck a raw nerve in the West Wing of the White House, where Trump's criminal defense lawyers and the White House legal counsel all work.

The nerve was struck over the appropriate response to document requests from Mueller. White-collar criminal investigations, of which this is one, often begin with documents. The government seeks from a potential defendant what it believes is evidence of his crimes from his own records. In the Trump/Russia investigations, Trump's personally employed criminal defense lawyers have disagreed with the federal government-employed White House legal counsel about whether to surrender everything that Mueller has requested.

The criminal defense lawyers who represent the president as a private person are apparently of the belief that he has done no wrong and the surrendering of documents to Mueller would only confirm that. The White House legal counsel, which works for the presidency as a governmental institution, recognizes that as president, Trump enjoys many privileges, among them the right to keep certain communications secret. That is known as executive privilege. It was crafted by Trump's predecessors and articulated by the courts to permit presidents to keep from prosecutors and Congress and the public secret communications about military, diplomatic and sensitive national security matters.

The White House counsel worries that if he were to give Mueller everything Mueller seeks, the White House would not be able to claim the privilege should a communication it has already surrendered prove harmful to the president. Those on the criminal defense team believe that their client has done no wrong and a complete surrendering to Mueller of all the documents he seeks would accelerate the end of his investigation. One of the criminal defense lawyers even told Trump that Mueller would be off his back by Thanksgiving.

How do we know all this?

We know it because one of the criminal defense lawyers incredibly discussed it openly at a D.C. restaurant within the hearing range of a reporter for The New York Times. When the Times ran what its reporter overheard as a front-page story, no denials came from the president's lawyers.

This lawyer's apparently unfiltered and embarrassing public revelations of disputes within the White House over the appropriate presidential response to the special counsel's demands are malpractice because they revealed to Mueller, as well as to the public, defects in the president's legal strategy -- namely, the absence of a final legal decision-maker and the absence of a coherent strategy on the part of the president's combined legal team.

Also during this past week, we learned that Paul Manafort -- the president's former tenant at Trump Tower, his former chief political strategist as he sought the Republican presidential nomination and his former campaign chairman -- was the subject of FBI surveillance for a two-year period starting prior to the campaign and continuing into the transition period after Trump's election.

With whom was Manafort communicating on a daily basis in the time period of the Trump Tower surveillance? And who complained forcefully that he had been surveilled in Trump Tower? And who was mocked mercilessly for those complaints?

Let's take a step back from this. The Department of Justice, as recently as last week, publicly denied that it possesses any evidence derived from electronic surveillance of anyone in Trump Tower from the two years preceding the 2016 presidential election. Former FBI Director James Comey had already made a similar denial in testimony before the House Intelligence Committee. But there have been no FBI denials of the Manafort/Trump Tower surveillance revealed earlier this week.

The sudden FBI switch to silence no doubt means that the surveillance did take place, and it probably was pursuant to a search warrant. If the warrant was issued by the Foreign Intelligence Surveillance Court on the representation that Manafort was probably communicating with foreign officials, then the fruits of the surveillance could not be used against him in a criminal trial, but they could have been shared with Obama administration officials in the West Wing during the campaign. At least one of those officials has admitted receiving raw intelligence data from surveillance of people in Trump Tower in 2016.

If the warrant was issued pursuant to the Fourth Amendment, that means the FBI demonstrated under oath to a federal judge that Manafort was more likely than not involved in and communicating about crimes while working in Trump Tower, and the fruits of that surveillance could be used against him in a criminal prosecution, as well as against anyone else involved.

An indictment of Manafort, which Mueller says is coming soon, will be used as an instrument to flip him into spilling whatever beans he has on his former boss. And we can expect indictments of others presently or formerly near the president as part of the prosecutorial process.

Where does this leave Trump? In the hands of incompetent lawyers, under the crosshairs of a team of very aggressive federal prosecutors and publicly indifferent to the tightening and frightening legal noose around him.