Joseph H. Arnall
|
Posted: Jan 16, 2016 12:01 AM
Share   Tweet
The opinions expressed by columnists are their own and do not necessarily represent the views of Townhall.com. 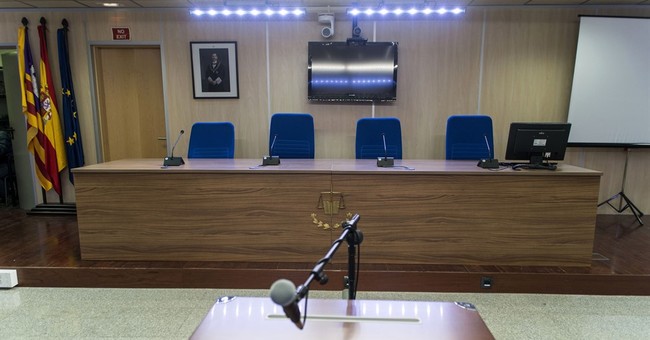 Experts differ on the total amount of unfunded liabilities in public pension plans in cities and states across the U.S. As of 2015, the best estimates range from $3 to $4.5 trillion, covering everything from small municipal police and fire plans to the uber-large like California’s. That turns out to be more than $10,000 for every American citizen. This is the Titanic of financial burdens.

With the full implementation of the Governmental Accounting Standards Board (GASB) Statements 67 and 68, which require more transparency and accountability in all public defined benefit plans, the public is asking, “How did we get here?”

Politicians may or may not have been around as decisions were made to grant additional retirement benefits “in lieu of an increase in pay,” which was standard operating procedure for decades. Now, increased pay for public sector employees has had the effect of increasing the back-end pension payouts, as well. Today, surveys tell us that not only are public sector jobs paying as much or more than the private sector, but the benefits – including retirement and health insurance – are better, too.

The crisis exists today because decisions were not made in a vacuum. Often made out of short-term political expediency and often made to provide a short-term “fix” with the costs pushed off into the future, even the most trustworthy political leaders and the pension managers who advised them unknowingly added to the long-term burden. James Madison wrote, “The essence of government is power . . . lodged as it must be in human hands, it will ever be liable to abuse,” wittingly or unwittingly.

As a former Florida lawmaker, I understand what it is like to play a part in those kinds of decisions. The “public trust” encompasses competing interests: the needs of today’s benefit recipients, the desire by taxpayers to keep costs low, and the projected needs of tomorrow’s recipients.

So what are we actually talking about with these “defined benefit plans,” and how can we buy the time necessary for reforms to take place?

A defined benefit plan is, in its simplest form, a bucket in which money is placed that is invested to meet a targeted rate of return over many years so that promises made by the Sponsor (city /state) to its employees can be realized to ensure they retire with a guaranteed income.

The pressures on government officials who are given enormous responsibility over huge financial obligations tend to force them to either choose a course of inaction or to jump to “changes” that appear to be bold (in the name of reform) but ultimately do little to address the problem. A general paradigm in that regard is to change benefits for the “new hires” and leave the benefits for the present employees virtually intact. This is a classic example of kicking the can down the road. Most plans and those who administer them choose small moves that are essentially like shifting the deck chairs on the Titanic.

We have even been told by a large public plan administrator that the best investment in his plan last year was the payment that was made for the unfunded liabilities at 7.5 percent. That’s basically service on debt.

To be fair, officials are not necessarily derelict in their duties. To the contrary, the action-inaction convergence of increasing regulatory oversight and the political and policy pressures building around the growing awareness that increasing unfunded liabilities are so large that inaction for fear of making a mistake seems the more prudent route. Say goodbye to funding other important public projects – the public pension crisis sucks all the air out of the room. Left unattended, large liabilities in unfunded pension plans can drastically affect the credit ratings of large cities and states (Chicago and Puerto Rico, for example, have recently attained junk bond status). This drastically increases the cost of public finance.

Serious decisions must be made by committed people at a time when dire consequences could occur if they aren’t. The Securities and Exchange Commission, along with the Municipal Securities Rulemaking Board, have put in place tougher standards to hold anyone advising or running a government-sponsored plan to high fiduciary standards.

Coupled with new GASB directives, the higher standards will basically compel corrective actions to occur, regardless of “push-pull politics” which exists between political leaders, plan trustees and unions. It’ll take a good quarterback to guide these leaders going forward.