Weighing the Promise of Healthcare and Finding it Wanting 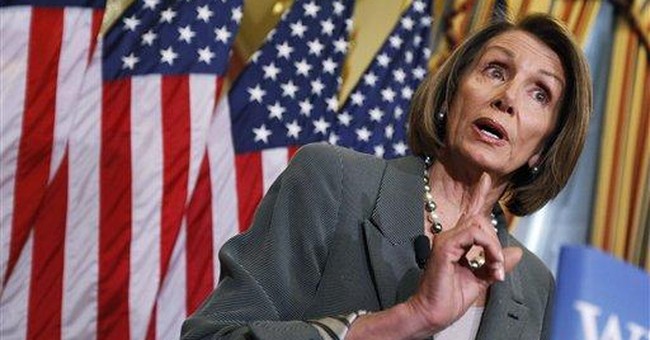 There is that word again. What exactly does affordable mean? The left tosses the word about but never bothers to define exactly what they mean by affordable. It could mean anything and everything and no doubt it will. Affordable is a political term that is unassociated with actual costs, only addresses price and means, "you pay according to the amount of political capital you have." For instance if you belong to the SEIU you pay less than if you didn't. But I digress.

I dare say that the only reason it takes courage to pass Obamacare is because a majority of Americans oppose it. According to a recent CNN poll only 25% of Americans want congress to pass this Healthcare bill. It is particularly telling that the new left continues to depict the 75% of Americans that oppose their efforts to nationalize healthcare (which is the end game) as ignoble, uncompassionate, ignorant racists. More annoying is that they portray themselves as visionary, compassionate champions of good.

I suspect that the truth is that Americans do not like the substance of the healthcare bills - all 4000 pages! Nor are they enamored of the back room deals this administration cut in order to secure the votes of their own party. Frankly, the stench of bribes like the latest appellate-judgeship-for-yes vote is more reminiscent of B.S. than it is of hope and change.

It is also likely true that Americans have weighed the fiscal promises of huge government programs like Social Security against their reality and decided they would like to find other avenues towards reforming healthcare- other than putting it in charge of Washington bureaucrats.

Social Security was passed in 1935 as an insurance program to protect a small segment of workers in their retirements. In 1940 just over 222,000 citizens received monthly social security benefits. The program has since grown to become the single largest item in the federal budget, consuming over 22% of total expenditures. The program was originally funded by a 1% tax on the first $3000 of income, with the tax increasing to 3% over the next 12 years. In 1966 the Medicare tax rate was split from the Old Age, Survivor, and Disability (OASDI) rate. Since the inception of OASDI there have been 20 increases in the tax rate, which now stands at 6.2% for both employer and employee on earnings up to $109,000; the Medicare rate is 1.45% with no cap on earnings. Nearly 80 percent of Americans pay more in Social Security taxes than they do in federal income tax. And still social security faces a fiscal crisis. What's more, what began as an insurance program is now simply a welfare program. The Supreme Court has ruled that citizens do not have a right to social security benefits.

This year social security will run a cash deficit for the first time in more than 25 years. According to the Congressional Budget Office (CBO) those deficits will continue into 2011. The system rebounds slightly until 2016 when the deficits begin to accelerate at a steady and rapid pace. This in direct contradiction of the rosy picture painted by Budget Director Peter Orzag and Congressional Democrats, who assured us that SS was secure for at least 50 years.

And what of Medicare? Medicare trustee Tom Saving and his colleague Andrew Rettenmaier estimate that Medicare will consume 25 percent of federal income tax revenue by 2020, and 50 percent by 2040.

Both programs are in need of a fiscal "fix." What are the Democrats recommendations? President Obama, after acknowledging that the system is running out of money, suggests taxing a larger share of income. True to progressive form Obama suggests what would be the largest tax increase in U.S. history, at least $1.3 trillion over the first 10 years. Yet according to the Cato Institute, such an increase would increase Social Security's cash-flow solvency by just seven years.

Former Enron Advisor Paul Krugman is on record as recommending a combination of tax increases and benefit cuts. In some languages denying benefits in order to save money is called rationing. And it is into these steady and trustworthy hands that we are being asked to entrust another 1/6th of our economy.

Americans have listened ad nausea to the promises of this administration and found them to be fantastic. The mantra that a national healthcare plan will cost less money, will not raise taxes and will not result in a rationing of care is not only unsupported by history, but is patronizing as well.