The Wisdom of Massachusetts Voters 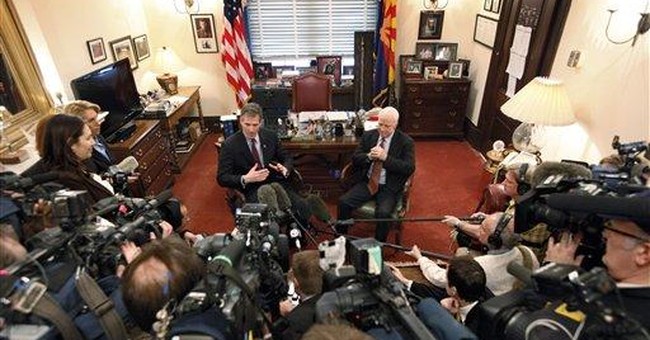 Following the death of Senator Edward Kennedy, Democrats in the Massachusetts state legislature rushed to change a procedural rule thus allowing Democratic Governor Deval Patrick to replace Kennedy with an interim and Democratic Senator. During the 2004 Presidential election this same august body had taken that power away from Republican Governor Mitt Romney fearing he would appoint a Republican should their junior senator, John Kerry, become President. The maneuver displays the arrogance of the left. So significant is their agenda that changing the rules in the middle of game is justified. Arrogance also leads them to dismiss disgruntled Americans as racists and dimwitted “tea baggers.” It is arrogance of the strongest sort that leads them to believe their policy solutions divinely inspired such that they say openly that Americans will take the medicine of the new left and learn to like it.

On Tuesday, Massachusetts voters humbled Democrats by reversing the decision of their state legislators and electing Republican Scott Brown to a U.S. Senate seat that has been held by democrats for all but 6 years since 1926. Tuesdays vote provided definitive proof that “God don’t like ugly. And he ain’t too fond of cute.”

As Republicans anticipate the mid-term elections and what appears like an opportunity to shift the balance of power in the Congress, it is wisdom the GOP would be wise to remember. The special election in Massachusetts was not solely a referendum on the healthcare boondoggle the new left is attempting to force down Americas [clearly unwilling] throat; it was also a clear refutation of the President’s economic policy as well as a refutation on the free spending ways of the previous administration. It would be arrogance of the Democratic sort for Republicans to imagine that Tuesday’s repudiation of democratic over-reaching was an endorsement of Republican congressional governance of the sort America witnessed during the first decade of the 21st century.

To say that voters were not enamored with Republican spending during the Bush administration is an understatement. In a relatively short time the Obama administration, along with a Democratic Congress, has made Bush look like a miser. They have expanded the federal budget by $1 trillion; tripled the deficit; is on track to add $1 trillion per year to the national debt for the foreseeable future; accelerated spending on social entitlement programs and proposed another trillion dollar takeover of the healthcare industry all the while holding a cap and trade tax in its hip pocket. “We are fed up!” is the message voters delivered last November and again in Massachusetts on Tuesday. To put it plainly, Americans are looking for responsible government.

The GOP must take care that they do not become the party of opposition. Rather, over these next months they must seek to define themselves as the party with an alternative plan for America’s future – a plan based on common economic sense.

To whit: money borrowed must be repaid with interest; dollars printed reduce the value of dollars saved and public works projects initiated with the goal of stimulating the economy only succeed in diverting capital from one sector of the economy to another. Further, they are paid for by tax dollars and ultimately become a drag on economic growth. The jobs government creates are government jobs, which are paid for through tax dollars. What government can do through prudent regulation and streamlining of bureaucratic processes is to create a hothouse environment friendly to entrepreneurs and small business owners, who are the true source of job creation and economic stimulus.

For instance, in this country there is an enormous amount of energy in a variety of forms: off our shores lays an estimated 19 billion barrels of oil and substantial natural gas reserves. The hinterlands of Alaska contain another 16 billion barrels of crude. There are another almost 2 trillion barrels available in oil shale. And we have not even mentioned our vast resources of coal, our capacity to produce nuclear energy and the ongoing development of solar and wind power.

An “all of the above” energy policy that would continue to encourage the development of alternative energy while at the same time reducing bureaucratic and activist roadblocks to our abundant natural resources would literally create millions of jobs, add trillions of dollars to our GDP, substantially lower consumer costs and aid in our national security with little or no cost to the American Taxpayer.

Or we could borrow another trillion dollars and pass another “stimulus bill.”

The voters of Massachusetts expressed their dissatisfaction with government over-reaching and fiscal irresponsibility with a loud and courageous voice. They showed great wisdom on Tuesday. With any luck some of that insight will find its way to Nevada and the streets of San Francisco in November.