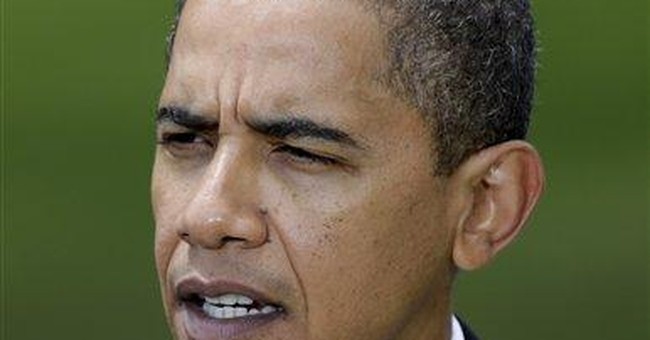 What would a town hall on race look like? I am pondering the question because I was recently asked to help organize and participate in a series of such discussions across the country and for the life of me I can’t understand what the purpose would be.

I am not one that believes Americans do not talk about race or that we are cowards when it comes to the issue. Americans chatter about race all the time. After football, analyzing the issue of race seems to be our national pastime. I suppose it’s to be expected as the issue of race and racial equality is woven into the fabric of our country. But we have a very particular and stubborn framework within which we discuss the issue – race equals virtue.

For example, the President’s recent Supreme Court nomination was more about race than it was jurisprudence – Justice Sotomayor’s race, her views on race and, once seated on the court, whether members of her ethnic group will now favor one political party over the other.

Republican Party leaders are staying up late at night trying to figure out how to attract more voters of a particular race. We can’t even discuss healthcare without it first passing through the racial sieve. The president has introduced the specter of “discrimination” to sell his plan to nationalize healthcare and new Left intellectuals are now claiming that socialism is new code for the N-word. [Just so we are clear: socialism is code for socialism. The attempt to link opposition to policies perceived to be socialist (and in many instances they are in fact) to the scourge of racial hatred is despicable racial exploitation for the purposes of political gain. But I digress.]

I am told perhaps once a week by some angry Black or new liberal white reader that Black people are unwanted in America and that my respect for the founding principles (and opposition to the Democratic Party) is evidence of my racial self hatred.

No, we are not fearful of race; what we are is reluctant to move our discussions of race beyond the narrow confines of Black grievance and white guilt. Therefore the image I have of a town hall on race is an evening filled with Black appeals to historic injuries, Whites telling Black folk to stop whining and, what is more likely, many like myself hanging their heads in quiet resignation that no amount of national self-flagellating and no amount of time will ever absolve this nation of her original sin, and that indeed the sins of the father are visited upon each succeeding generation. If the goal is to move us beyond race – to prod us towards the virgin light of a post racial America -- I fear such a town hall would be rather unproductive.

I am of the opinion that a national dialogue on the principle that our human capacity for reason should trump our notions of race would be far more interesting and ultimately far more fruitful.

The sins of Americas past as it pertains to race were begun in the misguided placing of virtue on skin color. Contrary to the ideals of our founding, the happenstance of birth as opposed to the individual struggle for a life of significance and good conveyed both worth and value upon some at the expense of others. Alas, we are still reaping the fruit of those seeds sown so long ago.

In the pursuit of a magical “level playing field” this generation continues to lay the veneer of race over every discussion of policy. The result is a continuing dialogue filled with terms like disparate impact and psycho-historical effect. These are all just variations on the same misguided attempt to assign worth to skin color. We talk all the time but never learn the lesson that before men can be equal men must first be free – free of judgments based on their race or ethnicity.

The road to post racial America will not pass through emotional rap sessions but through the veneration of the still revolutionary idea that all men are created by God with an equal right to life, liberty and private property regardless of race.

If there is a town hall that aims to engage citizens about the value of these ideas versus the value of skin color you can count me in.