Will Today’s Election Spark a Movement to Save Women’s Sports?

Jon Schweppe
|
Posted: Nov 05, 2019 10:11 AM
Share   Tweet
The opinions expressed by columnists are their own and do not necessarily represent the views of Townhall.com. 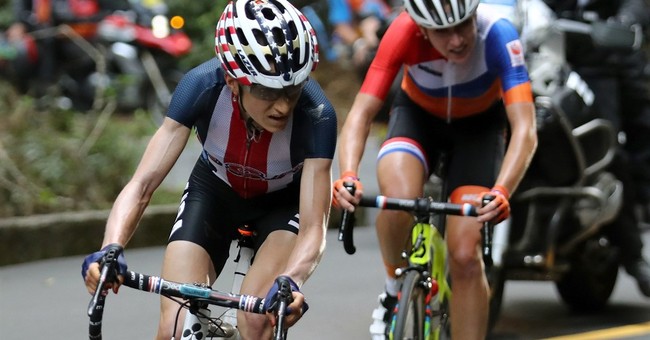 The future of women’s sports is in peril. That’s not an exaggeration, it’s the truth.

In an effort to placate radical transgender activists, Democrats have written the nebulous term “gender identity” into a number of state and local nondiscrimination laws. They have also added it to federal legislation — the so-called “Equality Act” — which passed the House of Representatives earlier this year. If passed by the Senate and signed by the president, the Equality Act would establish “gender identity” as a preferred class in federal civil rights law. Because a person’s “gender identity” is entirely self-actualized and lacks any sort of physical, psychological or otherwise objective standard to determine its veracity, the result of this type of legislation would be the permanent legal affirmation of men competing in women’s sports.

A quick survey of the news in recent weeks ought to be enough to frighten any female athlete: A transgender woman (a.k.a. biological male) winning gold and setting records at the world track cycling championships; a former men’s collegiate runner now being named as the Big Sky Conference cross-country female athlete of the week; and a report out of the U.K. that women’s rugby referees are quitting their jobs over the injuries being caused by biologically male players participating. These aren’t hypothetical cases. They’re happening in real time and in increasing numbers.

While there has been a significant public backlash to this trend of marginalizing female athletes in recent months, little has been done to push back politically. Thankfully, however, that appears to be changing — beginning with the governor’s race in Kentucky.

As documented this weekend by The New York Times, a serious effort has taken place this fall in the Bluegrass State to highlight the threat posed by the Democrats’ radical policies to women’s sports. The goal is to show that voters — specifically those who identify as Democrat or independent — will respond to this issue, switching their votes in high enough numbers to swing the election. If successful, the campaign could serve as a “pilot program” for Republicans in 2020, giving GOP leaders the motivation (and the political confidence) they need to take on these radical policies that substantially harm female athletes.

Unsurprisingly, Democrats and their media allies have been quick to condemn the effort, at least when they’re not trying to ignore it. Some have argued that bringing up the left-wing attack on women’s sports in Kentucky amounts to fear-mongering, since as of yet it has not been a problem in the state — though this avoids the obvious possibility that the issue soon could, and likely will, come up if an extreme Democrat like Andy Beshear is elected governor. Others have asserted that legislation like the federal “Equality Act” and its state-level versions would not allow male athletes to abuse the system for a competitive advantage, though in reality, the ambiguous “gender identity” language in these bills would open the door to just that.

Most telling, however, has been what progressives haven’t contested: namely, that they support the ability of biological males to compete in women’s sports. When faced with a campaign exposing their radical position on the issue, the Democrat strategy has so far been to double down and obfuscate, claiming they oppose all forms of discrimination (even, apparently, between the sexes in athletics) and denouncing all criticism of their agenda as morally abhorrent. In the process, it has become clear that bad publicity alone won’t be enough to convince them to back down. They’re ideologically committed to disenfranchising female athletes — whatever the cost.

This is why the election today in Kentucky is so important. If Democrats (and most elected Republicans) won’t respond to a public outcry, the most powerful remaining weapon We the People have is to send a message is via an election. While phone calls and social media messages are impactful, ultimately a show of force at the ballot box is the most effective way of illustrating where voters really stand.

So will Kentucky be remembered as the launching point for the new movement to save women’s sports? We’ll find out tonight.