The Real Danger of Categorical Politics

Jonah Goldberg
|
Posted: Jul 12, 2019 12:01 AM
Share   Tweet
The opinions expressed by columnists are their own and do not necessarily represent the views of Townhall.com. 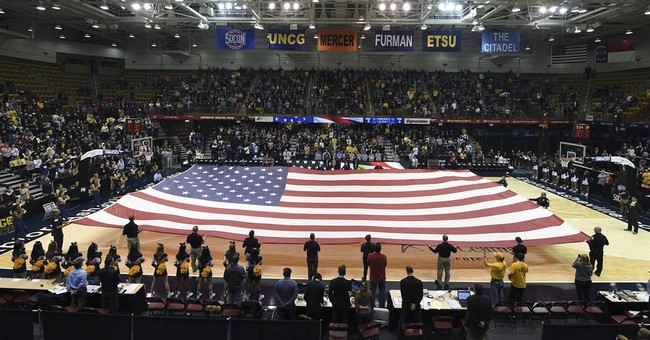 Conservatives talk a lot about how we don't like identity politics. But it's not always clear what people mean by it. Academics and intellectuals tend to mean one thing, while politicians and activists often have something slightly different in mind.

Democratic politicians who engage in identity politics often mean something like "ethnic politics," by which members of a community organize in their collective interest. Conservatives sometimes use "identity politics" to describe simple ethnic politics, but only when it's ethnic politics they don't like. What they leave out is that this form of political engagement is as old as the country itself, because it's as old as politics itself. From the Pennsylvania Dutch (who were actually Germans) to the Irish of Boston and New York, to the Scandinavians of the Midwest, various European ethnic groups engaged in politics in much the same way later waves of Vietnamese, Chinese, Hmong, Arabs and Hispanics have, never mind the most obvious example of African Americans.

One doesn't have to support everything done in the name of identity politics to understand that it's not the grave threat to democracy and "e pluribus unum" that some make it out to be.

My core problem with identity politics has little to do with this sort of thing. So rather than use the term and have to deal with the baggage that comes with it, let's use something else. My problem is with categorical politics, or reductionist politics. What I mean by that is the tendency to talk about blacks, whites, Hispanics, gays, women, etc., as if they're all interchangeable and reducible simply to the color of their skin or their sex or their sexual orientation.

One of the glorious things about American culture is the idea that you're supposed to take people as you find them. Obviously, as a nation and as individuals, Americans haven't always lived up to this ideal, but that doesn't mean it's not a worthwhile ideal in the first place.

The notion that all you need to know about a person is the color of their skin still strikes me as close to the definition of racism, whether you're talking about black people or white people or people of some other hue. If you think you know what a woman is going to say before she says a word simply because you believe all women think a certain way, you're a sexist.

Set aside the question of bigotry for a moment, since I don't think everyone who talks in these terms does so with evil intent. There are other problems with this kind of categorical thinking. The two most important: It's not true, and it's lazy.

The Democrats running for president talk about abortion as if all women are in lockstep agreement on the issue, even though historically, men have tended to be slightly more pro-choice than women. Are pro-life women not women? I still laugh when I recall feminist writer Wendy Doniger saying of Sarah Palin, "Her greatest hypocrisy is in her pretense that she is a woman." Say what you will of the mother of five, Palin is certainly female.

The laziness of this kind of rhetoric is a sign of the dumbness of our politics these days. Politicians have forgotten how to make arguments, perhaps because voters are dismayingly impatient with things that run counter to what they already believe. Also, political consultants have figured out that on certain issues, if you speak categorically about groups, you can garner a majority of support from those groups even if significant minorities within those groups disagree.

Republican sound bites on Israel often make it sound as if all Jews think alike on the subject. They don't. Democratic sound bites on affirmative action imply African Americans are monolithic on the topic. They aren't. Not all Hispanics, even recent immigrants, want to decriminalize illegal immigration, and not all women want the government to pay for abortions, never mind late-term ones.

Identity politics always ends up being an appeal to a kind of group loyalty. "Real" blacks or women or Jews or gays believe X, and if you don't believe X, you're some kind of traitor to your tribe.

One of the worst possible consequences of this kind of thinking isn't that members of the group will be browbeaten into toeing the party line, but that other groups will buy into it. And that does make the country more bigoted, because the message is that individual members of various groups or categories can't think for themselves.