Politicians Are Selective About When Debt and Deficits Matter

Jonah Goldberg
|
Posted: Dec 06, 2017 12:01 AM
Share   Tweet
The opinions expressed by columnists are their own and do not necessarily represent the views of Townhall.com. 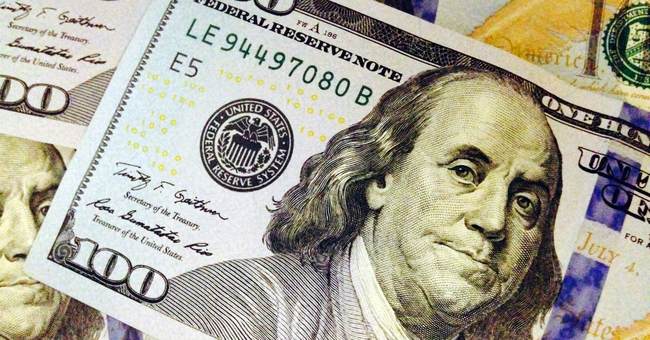 If you're a normal person who pays attention to politics, you'd be forgiven for thinking that Washington can't decide whether deficits are bad or not. Well, I have one easy trick that will help you make sense of it all.

In Washington, when you hear people complain that this or that piece of legislation will "explode" the deficit, what they are really telling you is that they don't like the legislation.

It's really that simple. Good legislation, like good food, movies, novels and pretty much everything else except for dogs (they're all good), is in the eye of the beholder. A politician or partisan who thinks a proposal is worth doing will think it's worth doing even if it increases the deficit. If he thinks a proposal is bad, he might argue that it's bad on the merits. But you can be sure that if it also increases the deficit, he will cite this fact as a major reason why it is bad.

That is the role deficits -- and the national debt -- play in our politics. Anti-debt talk serves as dye marker for some more fundamental objection.

Almost everyone thinks deficits are bad in the abstract, but that their badness should only be a problem for the other side. In 2008, for example, then-presidential candidate Barack Obama said that the $4 trillion in debt rung up under George W. Bush was "unpatriotic." But his actual complaint wasn't about the debt but what that money was spent on -- the Iraq war and tax cuts.

Under Obama, the national debt soared from $11 trillion to just under $20 trillion, but that deficit spending was justifiable, according to Democrats, because it went to combating the financial crisis and paying for various other domestic programs.

The source of the apparent inconsistency isn't simply partisan hypocrisy (though that's a factor as well), but a good-faith ideological disagreement.

This is why liberals tend to talk about spending on everything from infrastructure to education as an "investment." The Obama stimulus was sold as an investment that would pay huge dividends, thanks in part to Keynesian "multipliers" -- the idea that every dollar of government spending results in more than a dollar in economic growth. Obamacare, we were told, would reduce the deficit by cutting health care spending and improving economic growth.

Conservatives make similar arguments about tax cuts. Over the weekend, Senate Majority Leader Mitch McConnell told Fox News that the tax cuts would yield more than enough economic growth to make up for the deficit the bill creates on paper.

On the philosophical side, there's an even starker conflict of visions. Liberals tend to start from the assumption that the government is entitled to as much revenue as it needs, and so tax cuts amount to giving people money.

Earlier this year, Sen. Bernie Sanders proposed a budget that would add at least $21 trillion to the debt over a decade. But when the Senate passed the GOP tax bill, he tweeted, "Historians will look back on Dec. 1, 2017 and conclude this was one of the great robberies in US history because Republicans are looting the Treasury." For Sanders, letting people keep more of their own money is theft -- because it's really the government's money.