Could It Be That Both Parties Are Doomed?

Jonah Goldberg
|
Posted: Nov 03, 2017 12:01 AM
Share   Tweet
The opinions expressed by columnists are their own and do not necessarily represent the views of Townhall.com. 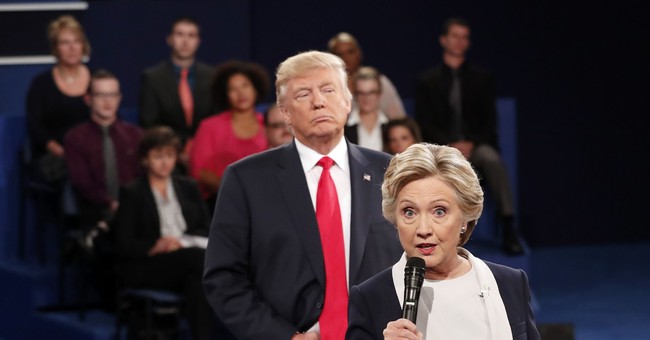 For all the obvious reasons, the Republican Party gets most of the attention these days. For starters, it controls the White House, the Senate and the House, and the party in power always warrants more scrutiny, even when it's operating smoothly.

Of course, that's not happening.

The GOP is running as smoothly as a dry Slip 'N Slide made from sandpaper. That the party is as dysfunctional as the human resources department at the Weinstein Company stems from a host of ideological, political and structural problems that are only compounded by the fact that the president grabs the public's attention like a spider monkey running through a church with a lit stick of dynamite.

The Democratic Party, meanwhile, has gotten drunk on the spectacle. And as with many a drunk, it's grown oblivious to its own decrepitude. Like a bitter lush sitting in his own filth amidst a sea of empty bottles, moldering pizza boxes and fried chicken bones, it shouts at the TV and boasts how it could do better.

Donna Brazile, the longtime high-ranking Democratic functionary, was made interim chair of the party shortly before the 2016 election in the wake of revelations that the previous chair, Debbie Wasserman Schultz, seemed to be playing favorites in the primaries, tilting the scales toward Hillary Clinton and against Bernie Sanders. In an excerpt from her forthcoming book, "Hacks," Brazile reports that Wasserman Schultz wasn't simply partial towards Clinton. She was, in fact, Clinton's vassal.

It's widely known that Barack Obama left the Democratic Party in shambles. On his watch, the party lost more than 1,000 elective offices at the federal, state and local level. One underreported reason for this is that Obama opted to create a parallel institution out of his 2012 campaign outfit, Organizing for America. The renamed Organizing for Action siphoned money and the president's energies from the DNC.

Brazile reports that the party was so hollowed out with debt that Hillary Clinton essentially scooped it up in a distress sale. Wasserman Schultz cut a deal with the Clinton campaign in which Clinton would raise millions ostensibly for the party, particularly at the state level. But those funds were sluiced back into the Clinton campaign coffers in Brooklyn, and the campaign extracted de facto control of the party's messaging and hiring. Team Clinton mocked Sanders as a paranoid dotard for claiming that the Democratic primary system was rigged against him. As it happens, his paranoia didn't go far enough.

It seems axiomatic that any party weak enough to be taken over by Hillary Clinton is not in good health.

Today, the Democratic Party's sole unifying principle is opposition to Donald Trump. Given Trump's standing in the polls, that may be good enough for the 2018 midterm elections. But when it comes to ideas about governing, all of the passion is reserved for two things.

First, there is Sanders' idea of "socialism," which is really an unworkable stew of banalities and nostrums stemming from a nostalgic idea of a "Scandinavian model" that no longer exists (if it ever did). It's as if Fabian socialists created an Epcot Center exhibit of Sweden in the 1950s, and irascible tour guide Bernie rides by in a trolley, shouting: "This could be us!"

The second source of passion is the angry, sanctimony-besotted identity politics popular on college campuses and a handful of left-wing websites. The DNC's data services manager recently sent out an email soliciting applications for new hires in the IT department. She cautioned that she wasn't looking for any "cisgender straight white males."

If you want to know how Trump was elected, ask yourself how a laid-off, cisgender, straight, white, male coal miner who went back to community college to learn computers might react to that.

Again, you wouldn't be crazy for thinking the GOP is like a runaway fire at a soiled diaper reclamation center. And I'm sure I'll have opportunities in the near future to expand on that.

Everywhere else in America today, disrupters -- Uber, Amazon, etc. -- are dismantling established institutions. Perhaps both political parties are the next institutions to crumble under creative destruction. Or maybe not. But if it happens, no one can say they didn't have it coming.