Why Now is the Right Time to Talk About Ethanol

Jonah Goldberg
|
Posted: Sep 02, 2016 12:01 AM
Share   Tweet
The opinions expressed by columnists are their own and do not necessarily represent the views of Townhall.com. 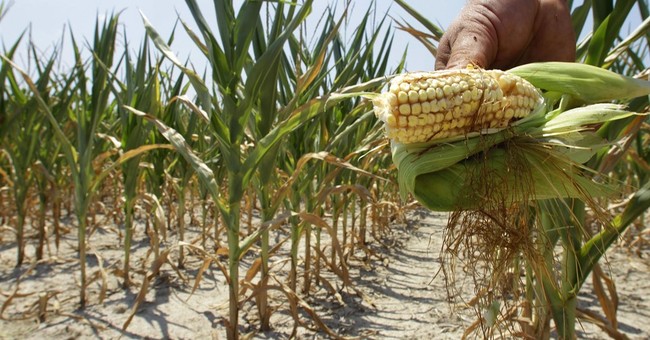 Since it's been seven months since the Iowa caucuses and it'll be another three-plus years until that hell is fresh again, this is the best time to talk about ethanol.

Just in case you didn't know, ethanol is very popular in Iowa and other corn states, which is why most presidential candidates swear once every four years that they love ethanol so much they'd marry a jug of it if they could. If only for a moment, loyalty to this government moonshine becomes as fraught with political symbolism as a gay wedding in which both grooms refuse to wear American flag pins while declining to stand for the national anthem in support of our troops.

Thankfully, we don't have to worry about that for a little while, so let's tell the truth: Ethanol is stupid, wasteful and bad for cars (because it's corrosive and inefficient), the economy and the environment.

The main case for biofeuels is twofold. It's supposed to be better for the environment, particularly global warming, and lessen our dependence on foreign oil. The assumption was that converting plants into fuel was "carbon neutral," and since we can do that at home, every gallon of oil we replace with corn is one less we have to buy from overseas. The fact that it also lines the pockets of agribusinesses and the politicians who love them is supposed to be a total coincidence and irrelevant to this good and noble policy.

A new study from the University of Michigan confirms what pretty much everyone knew all along. Researchers found that biofuels actually create more greenhouse gases than simply using petroleum, because plants only absorb a fraction of the carbon dioxide released by burning the fuels in the first place. Moreover, ethanol production and distribution is energy-intensive, throwing off even more greenhouse gases.

"When you look at what's actually happening on the land, you find that not enough carbon is being removed from the atmosphere to balance what's coming out of the tailpipe," University of Michigan professor John DeCicco said. "When it comes to the emissions that cause global warming, it turns out that biofuels are worse than gasoline."

A study last year by the University of Tennessee found that in the decade since the U.S. imposed the Renewable Fuel Standard -- and after $50 billion in subsidies -- corn-based ethanol "created more problems than solutions" and hampered research on other kinds of biofuels.

But even if you think, as I do, that caring for the environment means more than climate change, ethanol is a horror. Growing corn for inefficient fuel takes up farmland, raising food prices and encouraging deforestation. Science writer Matt Ridley has estimated that if all of our transport fuel came from biofuel, we would need 30 percent more land than all of the existing food-growing farmland we have today.

All of the corn we grow requires vast amounts of fertilizer, which runs into our waterways and out to the Gulf of Mexico. Every year that runoff creates a massive -- and growing -- dead zone that kills sea life in one of our most valuable fisheries. According to the National Oceanic and Atmospheric Organization, "Habitats that would normally be teeming with life become, essentially, biological deserts." This year's dead zone will be the size of Connecticut, researchers say.

Meanwhile, in places such as Brazil, CO2-absorbing rainforests (among the biggest sources of biodiversity) are being clear-cut to make room for biofuel crops. The Nature Conservancy's Joseph Fargione estimated a few years ago that converting rainforests, peatlands, savannas or grasslands for biofuels releases 17 to 420 times more CO2 than it offsets by displacing petroleum or coal.

One hears a lot about the great jobs that ethanol creates here at home, but this is broken-window thinking. Frederic Bastiat famously explained in his essay on the broken window that it's silly to talk about the jobs created by a broken window -- you've got to hire people to replace it, right? -- unless you also take into account that the money spent on a new window could have been spent on something more productive.

Thanks to the shale oil revolution, America now has greater oil reserves than Saudi Arabia and Russia. Domestic oil production produces far more -- and far better paying -- jobs than ethanol production. Cheaper oil also cascades through the economy, creating more jobs. And we're better at producing oil in an environmentally safe way than most other countries. When we take production offline, we are in effect subsidizing foreign production.

But hey, the Iowa caucuses are important too.