Media Has A 'Cry Wolf' Problem With Trump

Jonah Goldberg
|
Posted: Jul 27, 2016 12:01 AM
Share   Tweet
The opinions expressed by columnists are their own and do not necessarily represent the views of Townhall.com. 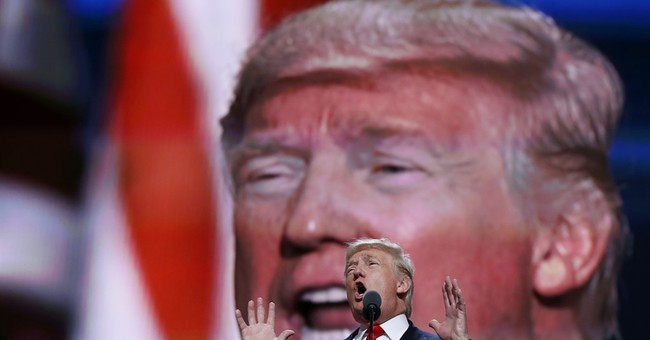 Dear Mainstream Media and Democrats: It's your turn. Now that Donald Trump has been formally nominated, the formal responsibility to stop him passes from the right to the left, from Republicans to Democrats and the journalists who amplify their values.

You're going to find it a very tough slog. And it's your own damn fault.

During the primaries, the task of exposing the true nature of the Trump takeover fell disproportionately to a few conservative magazines, columnists, renegade radio hosts and behind-the-scenes activists. We all failed. There will be plenty of time for recriminations and "we happy few" speeches later. (If you detect a note of bitterness on my part, I'm not being clear enough: I contain symphonies of bitterness.)

We failed in part because the mainstream media was having too good of a time to help. Last spring, Stop Trump operatives told me they brought damning stories to mainstream outlets. The response was usually: "We're not interested in covering that -- right now."

By May, Trump had already received roughly $3 billion worth of free media, thanks to ratings-hungry TV networks. CBS chief Les Moonves summarized it well at an investor conference in February: Trump's rise "may not be good for America, but it's damn good for CBS."

Many in the media were so willing to put clicks and ratings before country because the conventional wisdom was that Trump would fade or implode eventually. Why not gawk at the spectacle? And if Trump did get the nomination, many journalists calculated, all the better. What fun it will be to watch Hillary Clinton destroy Trump and Trump destroy the GOP.

Only slowly has the media come around to the realization that Trump is an actual threat, but now it may be too late because it has a serious "cry wolf" problem. Millions of Americans firmly believe that journalists are water carriers for the Democrats and will tune out much of what they have to say about Trump now that he's the nominee.

You can start the timeline as far back as the World War II era. In 1944, Franklin Roosevelt told the country that if Republicans were returned to power, "even though we shall have conquered our enemies on the battlefields abroad, we shall have yielded to the spirit of fascism here at home." The press nodded along.

In recent years, as the distinctions between news and opinion, analysis and advocacy, reporting and click-baiting has blurred, the problem has only gotten worse.

Every election cycle, the GOP nominee is smeared as a racist by the Democrats or the press -- or both. Rep. John Lewis of Georgia trades in a bit more of his hard-earned moral authority each time he insinuates that the GOP nominee is like George Wallace or wants to bring back Jim Crow, and political columnists relinquish a bit more of their claim to objectivity each time they let his comments pass without condemnation or criticism.

George W. Bush revived for the left the paranoid style in American politics, and if you Google "John McCain, racist, 2008" you'll see he was lazily demonized too.

In 2012, pundits said Paul Ryan wanted to throw old ladies over cliffs because he wanted to reform Social Security. When Mitt Romney spoke to the NAACP, the response from many in the media was, per usual, "Racist!" (It's ironic that many of the notable Republicans rebuking Trump this year are the ones pundits were only too happy to paint as racist not long ago.)

I have no doubt many journalists would defend their smears and professional failures, but that doesn't change the fact that many Americans outside the mainstream media/Democratic bubble find it all indefensible. More important, they find it all ignorable -- because the race card and the demagogue card have been played and replayed so often they're little more than scraps of lint.

Already, editorial boards are preparing their indictments of what they believe to be Donald Trump's incompetence, bigotry and authoritarianism. Trump operatives will undoubtedly respond: "That's what they always say about Republicans." And they'll be right.