Jonah Goldberg
|
Posted: Feb 26, 2016 12:01 AM
Share   Tweet
The opinions expressed by columnists are their own and do not necessarily represent the views of Townhall.com. 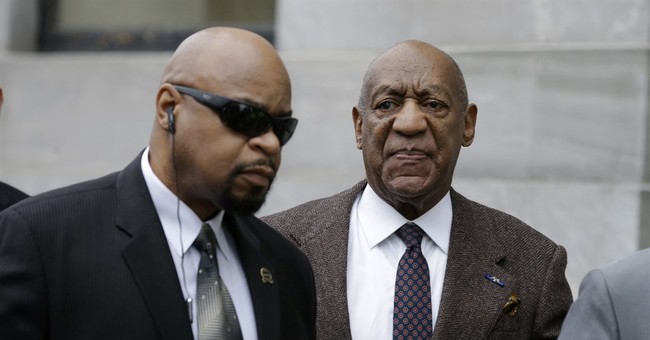 I'm not sure I'd ever heard of Jimmy Savile prior to revelations that he was a monster.

A hugely popular DJ and TV personality in the United Kingdom for decades, Savile lived a double life as a child molester and rapist. He abused older victims as well. His victims, many of whom were patients in hospitals, ranged from 5 to 75 years old. As a major fundraiser for hospitals, he had free rein to prey on boys and girls. He assaulted one 10-year-old boy with a broken arm while he was waiting on a gurney for an X-ray. He assaulted teenagers recovering from surgery in bed.

All in all, at several hospitals and at nearly every division of the BBC where he worked, he raped or abused dozens of children -- boys and girls -- and scores of teenagers and adults.

He was so popular and so powerful, many victims only felt comfortable coming forward after Savile died in 2011 at the age of 84, to that point regarded as an esteemed member of the community. Sir Jimmy was even a knight.

The BBC has just published a nearly 800-page report detailing its complicity in Savile's crimes. I haven't read the whole thing, nor do I have much desire to. The main takeaway, however, is that the BBC shares blame for turning a blind eye due to its "culture of deference" to celebrities. There was ample evidence that Savile was up to no good, but few were willing to say anything.

Let's discuss the culture of deference.

In my book "The Tyranny of Cliches," I wrote at some length about one of the most abused quotes in intellectual and political discourse: "Power tends to corrupt, and absolute power corrupts absolutely."

In his letter to Mandell Creighton, a bishop and historian, Acton warned that we should not make moral allowances for powerful people just because they are powerful. If a common man murdered someone, Acton explained, he should hang. But when a king or queen murders, we make allowances for it. "I would hang them higher than Haman, for reasons of quite obvious justice," Acton wrote.

Now, if the issue were merely the homicidal intrigues of monarchs of old, we might make allowances for the times in which they lived. But Acton's point is much broader, and more relevant, than that.

We are constantly making allowances for "great" men and women, though we don't use the word "great" that way. But the gist is the same.

Bill Cosby is believed to have gotten away with his alleged abuses because he was powerful and famous. The same goes for Bill Clinton and his many alleged transgressions. The Polish director Roman Polanski, who fled U.S. prosecution for statutory rape, had countless celebrity defenders whom a plumber would never have under the same circumstances. The same was true of Michael Jackson.

While money often plays a role -- the powerful and famous are very often rich as well -- it's rare that such people buy the kind of protection I'm talking about. The people who forgive, say, Fidel Castro or Che Guevara for their innumerable crimes aren't paid to do so. Their defenders volunteer for duty.

And this dynamic holds for lesser sins as well. Celebrities behave in all manner of ways that we would find unforgivable in normal people, including normal rich people. Barbra Streisand is one of many divas said to instruct the peons on her staff not to look her in the eye. Right now, millions of people love behavior they see in Donald Trump but would not tolerate for a moment from a friend or colleague.

Jimmy Savile was a monster, and if hell did not exist, we would have to create it for him. But his fetid and twisted soul was allowed to fester, or even thrive, for decades not because of his corruption, but because of the corruption he inspired in others.