The Term 'Neocon' has Run its Course

Jonah Goldberg
|
Posted: Jan 06, 2016 12:01 AM
Share   Tweet
The opinions expressed by columnists are their own and do not necessarily represent the views of Townhall.com. 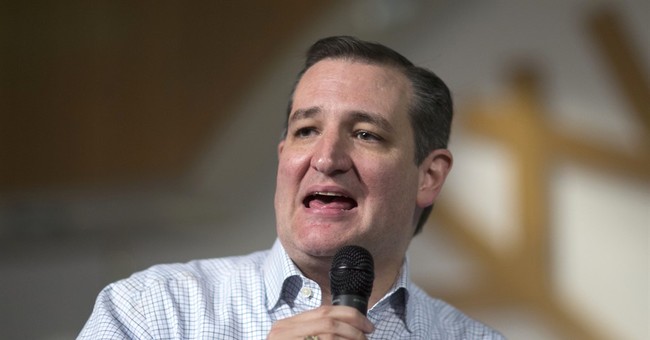 In interviews and on the stump, Sen. Ted Cruz likes to attack President Obama, Hillary Clinton and "some of the more aggressive Washington neocons" for their support of regime change in the Middle East.

Every time we topple a dictator, Cruz argues, we end up helping terrorists or extremists.

He has a point. But what interests me is his use of the word "neocon." What does he really mean?

Some see dark intentions. "He knows that the term in the usual far-left and far-right parlance means warmonger, if not warmongering Jewish advisers, so it is not something he should've done," former George W. Bush advisor Elliott Abrams told National Review. Another former Bush adviser calls the term "a dog whistle."

I think that's all a bit overblown. Cruz is just trying to criticize his opponent Marco Rubio, who supported regime change in Libya. There's little daylight between the two presidential contenders on foreign policy, and this gives Cruz an opening for attack.

But Abrams is right -- and Cruz surely knows -- that for many people "neocon" has become code for suspiciously Hebraic super-hawk. It's an absurd distortion.

At first, neocons weren't particularly associated with foreign policy. They were intellectuals disillusioned by the folly of the Great Society. As Irving Kristol famously put it, a "neoconservative is a liberal who was mugged by reality and wants to press charges." The Public Interest, the first neoconservative publication, co-edited by Kristol, was a wonkish domestic policy journal.

Kristol later argued that neoconservatism was not an ideology but a "persuasion." William F. Buckley, the avatar of supposedly authentic traditional conservatism, agreed. The neocons, he explained, brought the new language of sociology to an intellectual tradition that had been grounded more in Aristotelian thinking.

The neocon belief in democracy promotion grew out of disgust with Richard Nixon's détente and Jimmy Carter's fecklessness, but it hardly amounted to knee-jerk interventionism. When Jeane Kirkpatrick articulated a theory of neoconservative foreign policy in Commentary magazine in 1979, she cautioned that it was unwise to demand rapid liberalization in autocratic countries, and that gradual change was a more realistic goal than immediate transformation.

During the Cold War, neocons weren't any more hawkish than anyone else on the right. They were advocating containment of the Soviet Union while National Review conservatives were demanding "rollback" and Barry Goldwater was talking about nuking the Kremlin.

Even through the late 1990s, neocons were far from outliers in their belief that the United States should use its military power to support democracies abroad. Many members of both parties held that view. Remember, it was Bill Clinton who in 1998 signed the Iraq Liberation Act calling for regime change.

After 9/11, some neoconservative intellectuals had off-the-shelf foreign policy ready for George W. Bush -- which, yes, was hawkish in nature, but other Republicans and even Democrats supported their prescriptions, at least at first. As the Iraq War went south, the neocons were the only ones left defending it, and so got all of the blame.

The association between neoconservatism and Jews stems partly from the fact that the first neocons were mostly Jewish, partly from the reality that they are all to this day -- gentiles included -- pro-Israel. That's not particularly remarkable, though, since neocons want to help America's democratic allies everywhere and since most Christian conservatives are pro-Israel, too.

Today the neocon sociological persuasion is simply part of the conservative mainstream. The idea that self-identified neocons are uniformly more "pro-war" than other conservatives is ludicrous.

Granted, neoconservatives contribute to the confusion. They like to claim that the alternative to their approach amounts to "isolationism" -- another horribly misused word. Rubio recently leveled that charge at Cruz.

Cruz, for his part, says he wants to "carpet-bomb ISIS" until the "sand glows." There are many criticisms one can level at the position, but isolationist isn't one of them.

Neoconservatism is a product of the Cold War. It's understandable that neoconservative intellectuals who helped win the Cold War might want to hold onto the label, but it's time to give it a comfortable retirement in the history books.

Meanwhile, the right is having a long overdue, and valuable, argument about how to conduct foreign policy. Keep it going, just leave neoconservatism out of it.