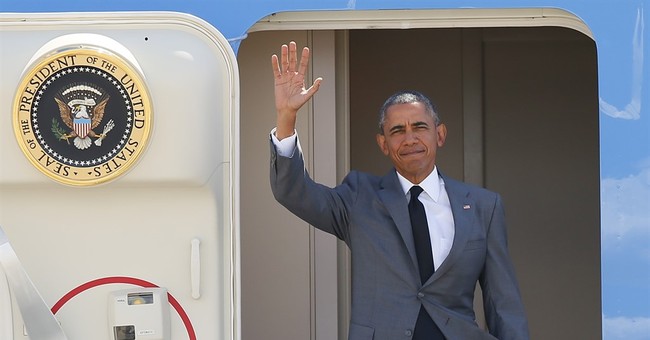 According to legend, if not actual historians, Harold Macmillan was once asked what he most feared could derail his agenda. The British prime minister allegedly said, "Events, my dear boy, events."

Macmillan may never have actually said it, but the quote endures because it gets at a fundamental truth of politics (and life). Facts on the ground can deliver a fatal blow to one's most cherished plans.

The line kept coming to mind as I listened to President Obama's remarkable news conference Monday from the G-20 meeting in Turkey. Asked again and again whether he underestimated the threat from Islamic State, a group he once dismissed as a "JV team," the president said, in effect, "no."

Of course, he used a lot more words, but that was the gist: "It's important for us to get the strategy right, and the strategy that we are pursuing is the right one." He added that "the terrible events in Paris were obviously a terrible and sickening setback."

Critics who disagree, he said, shouldn't "pop off" with their half-baked and ill-considered opinions. He's "not interested" in what he sees as mere sloganeering about "American leadership or America winning" that distract him from his strategy.

The contrast with remarks by French President Francois Hollande, addressing Parliament on Monday, was remarkable. Had Hollande's speech been delivered by a Republican presidential candidate, Obama would probably have dismissed it as more popping off. Hollande pledged to wage war "without a respite, without a truce. ... It is not a question of containing but of destroying this organization."

Obama's bloodlessly detached and condescendingly professorial remarks seemed oddly reminiscent of those excruciating news conferences during the Iraq War when George W. Bush couldn't bring himself to admit he made any mistakes.

The day before the Paris attack, Obama insisted that Islamic State was "contained." He may have meant, as he now claims, that he was merely talking about its territorial holdings in Iraq and Syria (leaving out its gains in Libya, Afghanistan, the Sinai and its successful terror attacks elsewhere). But when people hear that a threat has been contained, they can be forgiven for thinking that rules out mass killings in Paris.

And that's the bedeviling thing about events -- the enemy gets to create them. Obama has all but admitted that the Islamic State forced his hand by chopping off the heads of American hostages.

For Republicans, the attacks in Paris -- not to mention in Turkey, Beirut and above Egypt (the Islamic State almost surely brought down that Russian plane) -- are just more proof that Obama's foreign policy is a mess.

In a more rational climate, this would be a moment for presidential candidates with serious foreign policy chops to shine and for candidates such as Donald Trump and Ben Carson to recede. That is, unless you actually believe Trump when he says, "I know more about ISIS than the generals do, believe me."

But even Trump, in his own way, seems more attuned to events as they unfold than Obama and the Democrats running to replace him.

In Saturday's Democratic debate, all three of the candidates struggled as the ground shifted under their feet. They bristled at the suggestion that we are at war with "radical Islam." Saying so, according to Hillary Rodham Clinton, would be "painting with too broad a brush."

Sen. Bernie Sanders, whose campaign furiously protested the CBS decision to shift the focus to terrorism, seemed despondent that he had to talk about the subject.

Former Maryland Gov. Martin O'Malley was far more comfortable with the change, insisting that we must take in even more refugees from Syria.

That was a minority view even before it was revealed that at least one of the Paris terrorists had been a "refugee." You can be sure it's even less popular now, which is why the roster of U.S. states seeking measures to bar Syrian refugees is growing rapidly.

For now, most Democrats stand with Obama in his denial. One wonders how long that resolve will last in the face of even one more "setback" to Obama's successful strategy.