What the Other GOP Candidates Can Learn from Trump 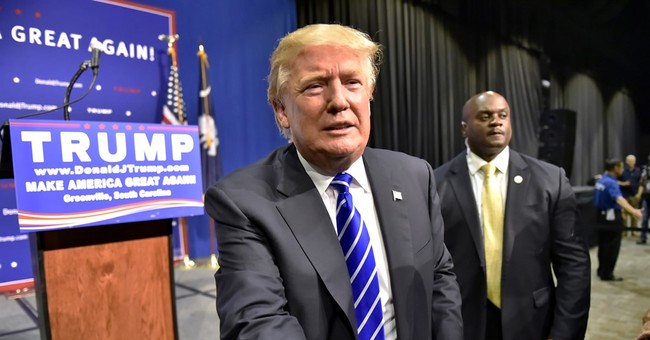 According to polls, the No. 1 thing Donald Trump's fans like about him is that he "tells it like it is." I think his fans are wrong about this. But that's a column -- actually a lot of columns -- for another time.

It is true, however, that there is something refreshing about the way Trump talks. It's not actually candor, though lots of people mistake it for that. Rather, he's unfiltered. The one thing you can be sure of is that he hasn't consulted with a political consultant about how to talk. He doesn't worry what the liberal editors at The New York Times or The Washington Post -- or, for that matter, the conservative editors at National Review -- think of him.

I'd be willing to bet that if there's a single newspaper in the country that Trump cares about, it's The New York Post. The Big Apple narcissus has spent his entire career looking for his reflection on Page Six of New York's true paper of record.

And that's because the Post actually cares about not only informing its readers but entertaining them as well. Its no-holds-barred, New York tabloid style comes closest to Trump's own way of talking. His recent rant about former Rep. Anthony Weiner being a "sleazeball" and a "perv" was not only accurate, but it reflects the way normal people talk. That's refreshing.

I wish more Republicans would take the hint. Every couple of years I write a column on the infuriating habit Republican politicians have of reading their own stage direction. I don't revisit the topic for lack of other issues to write about; I keep coming back to it because Republicans just can't help themselves.

The worst offender was George H.W. Bush, a thoroughly decent and committed public servant who was always uncomfortable with the demands of the TV age. He was better suited to the 19th century style of politics, where you didn't have to connect emotionally with millions of people in their living rooms. Out of frustration, he'd often cut to the chase and tell people how he wanted to be perceived.

When he ran against Bill Clinton -- a man capable of crying on cue if you just told him which camera to look at -- Bush was hopelessly outmatched. So he simply proclaimed, "Message: I care."

Bob Dole, another old-school politician, had the same problem. He once said at a meeting of the Republican National Committee, "If that's what you want, I'll be another Ronald Reagan." His aides told the press that his strategy was to "act presidential."

Jeb Bush has the same tendency. In 2014, he told people he would only run for president if he could do so "joyfully." The problem is that he's good at telling but pretty bad at showing. To date, he's displayed all the joy of a man waiting to get called for his colonoscopy.

Christie recently told "Tonight Show" host Jimmy Fallon about his plans for the next GOP debate: "Stay tuned on Sept. 16th. We may be changing tactics." If the moderators ask 15 questions in a row without asking Christie any, the New Jersey governor explained, "you're going to go, 'Uh oh, he's going to go nuclear now.'"

If you have to tell people that "going nuclear" is just a tactic, it makes going nuclear seem a hell of a lot less authentic.

John Kasich has a policy of not attacking Hillary Clinton. That's weird enough. But he also feels compelled to explain that his refusal is a tactic. Ted Cruz, Marco Rubio, Mike Huckabee, Scott Walker et al. can't resist telling audiences about the importance of being optimistic. Why not just try being optimistic? Voters will notice. I promise.

There are many reasons the non-politicians -- Trump, Ben Carson and Carly Fiorina -- are doing so well, but near the top is the fact that they haven't internalized the language of political consultants and pundits. They understand something the politicians have forgotten: Politics is about sales. Good salesmen don't say, "I need to sell you this car today because I need to make my quota." They also don't say, "I need to convince you that you need this car even though it's more than you think you can afford." That may be their motivation, but they concentrate on the actual convincing.