Resentment Behind the Waning Patriotism of Liberal Americans 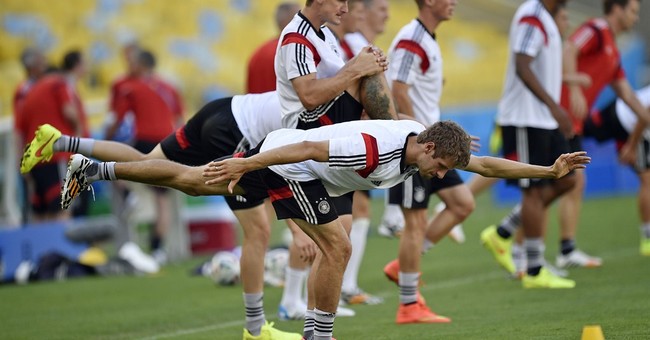 You wouldn't think, five years into the Obama presidency, that so many liberal Americans wouldn't like America.

The polling data only proves what has been obvious for a while.

Georgia Rep. John Lewis recently said that, "If the Civil Rights Act was before the Congress today, it would not pass, it would probably never make it to the floor for a vote."

Lewis is right. If it came before the Congress today, it wouldn't pass. You know why? Because we passed it 50 years ago. The GI Bill wouldn't pass today either, because that was enacted in 1944. If, somehow, we had Jim Crow today, the American people -- and Congress -- would vote to abolish it in a landslide.

A legitimate hero of the civil rights era, Lewis has adopted the liberal habit of suggesting that his political opponents have a burning desire to return to the era of Jim Crow. At the 2012 Democratic convention, for instance, he gave a thundering speech that equated a vote for Mitt Romney with going back to the era of segregation.

Contrary to what you hear daily on MSNBC, Republicans don't want to force Supreme Court Justice Clarence Thomas, Dr. Ben Carson, Sen. Tim Scott or any other African-American to the back of the bus.

Lewis isn't the only leading Democrat incapable of giving the American people some credit. In the wake of the Supreme Court's decision in the Hobby Lobby case, Hillary Clinton insisted we are following in the footsteps of anti-democratic Middle Eastern theocracies. According to Clinton, the majority on the court were like Iranian mullahs, behaving "in ways that are disadvantageous to women but which prop up them because of their religion, their sect, their tribe, whatever." The shocking, inarticulate stupidity of this analysis is only outdone by the stunning ease with which Clinton offered it.

She's not alone, of course. To listen to some of the hysterical responses to the court's decision, you'd think the government in Washington is the only thing thwarting the desire of millions of businessmen to drape their female employees in burqas.

This glib anti-Americanism manifests itself most readily when issues of race and gender are in the headlines, but it hardly ends there. MSNBC host Chris Hayes celebrated soccer's growing popularity in the U.S. because it strikes a blow against "anti-soccer trolls" who believe in American exceptionalism. "Part of embracing a truly worldwide competition," Hayes cheered, "is accepting the fact the U.S. cannot simply assert its dominance. Turns out we have to play just like everybody else."

By this standard, American exceptionalism isn't exceptional, it's a vague and meaningless form of national self-esteem, rather than a complex concept describing the uniqueness of the American founding and American character.

Liberals quickly and angrily defended Obama, saying none should dare question his patriotism, and of course he believes America is special. In May, Obama took another stab, telling West Point graduates that he believes in American exceptionlism "with every fiber of my being." But he immediately qualified what he meant by insisting that "What makes us exceptional is not flouting international norms and the rule of law; it's our willingness to affirm them through our actions."

Why liberals have become so comfortable running down America is no doubt complicated, but I think one part of the answer is obvious. Liberals tend to equate patriotism with the government. Obama was supposed to usher in a glorious new era of European-style big government. He's failed, though alas not entirely. But in the attempt he aroused a populist movement -- the tea parties -- full of people who wore their traditional patriotism on their sleeves and tricorn hats. The forces of American exceptionalism proved formidable, taking advantage of our exceptional constitutional structure to thwart European social democracy.

And liberal resentment over that fact is palpable.