Jonah Goldberg  |  Dec 07, 2011
The opinions expressed by columnists are their own and do not necessarily represent the views of Townhall.com.
Top Columns
Trending on Townhall Media 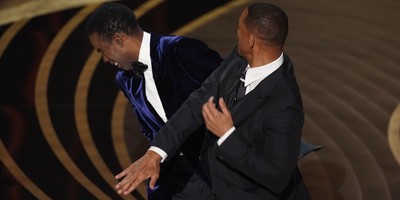 Newt Gingrich wants to pay poor kids to clean toilets. And all of the right people are horrified.

The Nation says Gingrich is running on "a platform that seems to have been written by the unreformed Ebenezer Scrooge." The editors of the Newark Star-Ledger proclaim Gingrich wants to "bring back the days of Oliver Twist." The host of "Meet the Press," David Gregory, suggests Gingrich's take on the inner-city poor is a "grotesque distortion."

This controversy started last month at Harvard, when Gingrich suggested in a speech that perhaps the best way to break the cycle of poverty in inner cities is to break the culture of poverty that sustains it by, among other things, paying kids to do janitorial work.

It's a classically Gingrichian spectacle, illuminating a lot about the presidential candidate, but also about his critics and his swarming ranks of fans.

Gingrich is a rhetorical yoga swami. As my National Review colleague Kevin Williamson says, he can shove his foot in his mouth while putting his finger on the issue. Gingrich is right about the culture of poverty, but he opens himself to easy rebuttal by speaking so sweepingly and categorically. And did he really have to pick toilet-scrubbing as his preferred workfare?

Still, what his critics don't -- or refuse to -- understand is that he's not driven by a lack of compassion, but a surplus of it. The liberal bureaucratic mind-set seems to define compassion simply as spending more money on systems and policies that have made problems worse and keep the usual special interests happy.

Gingrich thinks compassion should be measured not by inputs but outputs. Spending trillions on poverty is beyond simply uncompassionate if you waste the money and make things worse. It's evil.

Anyone who wants to understand Gingrich's views on poverty should read his March 2008 speech at the American Enterprise Institute (where I'm a visiting fellow). Gingrich rejected then-candidate Obama's suggestion that the legacy of racism combined with a failure to fund education to liberals' satisfaction "helps explain the pervasive achievement gap" in poor inner-city schools.

"That is simply factually false," Gingrich declared. "The Detroit schools are the third or fourth most expensive schools in America. They're a disaster." Washington, D.C., schools -- perhaps the most expensive in the country -- don't languish because of racism, Gingrich explained. They're bad because D.C. "has an incompetent bureaucracy, a failed model of education, a unionized tenured system. It is utterly resistant to improvement. That has nothing to do with racism."

He noted that when Newsweek asked Oprah Winfrey why she went to South Africa -- and not south Chicago -- to open a girls school, she responded: "I became so frustrated with visiting inner-city schools that I just stopped going. The sense that you need to learn just isn't there. If you ask the kids what they want or need, they will say an iPod or some sneakers. In South Africa, they don't ask for money or toys, they ask for uniforms so they can go to school."

Gingrich probably agrees with the late Daniel Patrick Moynihan more than any other leading conservative. "The central conservative truth is that it is culture, not politics, that determines the success of a society," Moynihan observed. "The central liberal truth is that politics can change a culture and save it from itself." A constant theme of Gingrich's career is a desire to use government to fix the culture. Indeed, there's no Republican in the field with a more robust faith in the power of government.

That's the irony of the Gingrich surge. All of these GOP voters and Tea Party activists who once supported Michele Bachmann, Rick Perry and Herman Cain and are now flocking to Gingrich seem not to have noticed Gingrich's progressive bent.

The primary season began with a race to see how much of the government we could send back to the states. We're now in the phase where the GOP front-runner is proposing janitorial reform in the schools.