The God Who Bleeds 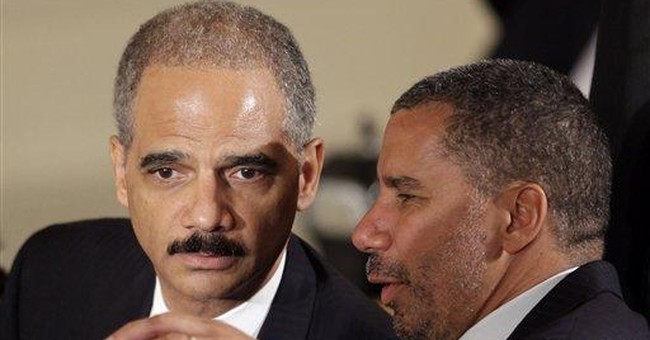 In one of my favorite episodes of "Star Trek," Captain Kirk is mistaken for a god by inhabitants of a planet of Native Americans (it's a long story). The illusion works for Kirk until a jealous shaman cuts Kirk's hand, revealing that the divine being is just a man after all. "Behold! A god who bleeds!" the shaman mocks, exposing Kirk as a fraud to the rest of the tribe.

It may sound like a stretch -- and, let's be fair, it is -- but I keep thinking of that episode when I look Barack Obama's poll numbers these days.

He's bleeding on every front. The latest Pew survey shows that only 38 percent of Americans approve of his handling of the economy. In the latest Wall Street Journal/NBC News poll, fewer than half of respondents (48 percent) say Obama can be trusted to keep his word. Gallup has his approval rating at a new low of 52 percent, and Rasmussen has it below 50 percent for the first time.

On almost every domestic issue, polls show that support for Obama and his agenda is plummeting, and that the Democratic Party's advantages over Republicans on the economy, taxes, the deficit and health care have been erased or severely reduced.

All presidents go through rough patches, and Obama's no exception. Odds are his poll numbers will get better -- and worse -- in the years to come. All of this is typical.

Obama undoubtedly has major accomplishments ahead of him, but in a real way the Obama presidency is over. His messianic hopey-changiness has been exposed for what it was, and what it could only be: a rich cocktail of pie-eyed idealism, campaign sloganeering and profound arrogance.

As president, he's tried to apply the postpartisan gloss of his campaign rhetoric to the hyperpartisan dross of his agenda. And he's fooling fewer people every day.

Indeed, the one unifying theme of his presidency so far has been Obama's relentless campaigning for a job he already has. That makes sense because that's really all Obama knows how to do. He's had no significant experience crafting major legislation. He has next to no experience governing at all.

But he's great at giving speeches, holding town halls and chitchatting with reporters. So that's largely what he does as president. The problem is that campaigning is different than governing. The former requires convincing promises about what you will do; the latter requires convincing arguments for what you are doing. He's good at the former, not so good at the latter. Or as columnist Michael Barone puts it, he's good at aura, bad at argument.

It's revealing that liberals suddenly want Obama to spare the god and use the rod. Specifically, as Dick Polman notes in the Philadelphia Inquirer, they want Obama to channel Lyndon Johnson (whom no one confused for a quantum leap in our consciousness). Liberal historian Doris Kearns Goodwin says she wants BHO to go LBJ: "to take charge, to draw lines, to pressure, to threaten, to cajole." Liberal activist Dean Baker says Obama should "get the list of every hardball nasty political ploy" that Johnson ever deployed.

As Polman rightly notes, this is crazy talk for the simple reason that Obama has nothing like LBJ's experience, skill set, or treasure trove of chits and political IOUs. Obama can no more decide to become LBJ than Carrot Top can decide to become Laurence Olivier.

Now, just as critics predicted, Obama needs on-the-job training to become a president, because he's a god no more.