Throwing Gas on the Oil Fire 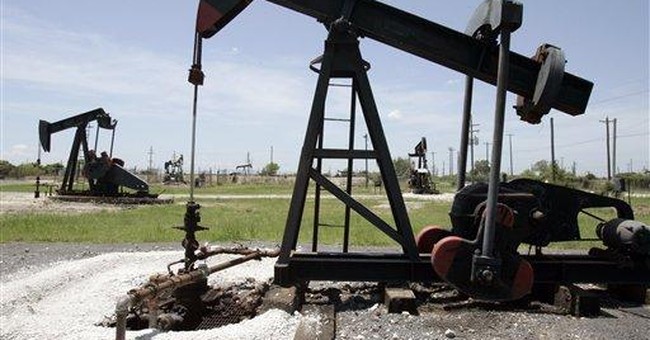 Contrary to nearly all received wisdom in Washington, not to mention the rhetoric of the presumptive nominees of both major parties, the scariest moments in American politics are often its most bipartisan. Some would say this was demonstrated in the wake of 9/11, when all those allegedly terrible national security laws were enacted by both parties, or in the run-up to war, when Democrats and Republicans united to topple Saddam Hussein. But I find it is most true when Washington takes a populist turn, which it is doing now with pugnacious stupidity, attacking that classic populist boogeyman: the "oil speculator."

Sen. John McCain has declared the profits of American oil companies "obscene" and wants to hunt down "speculators" with congressional investigations. Sen. Barack Obama also sees "speculation" as the culprit behind our energy woes. Rep. Bart Stupak (D-Mich.) blames Goldman Sachs and other Wall Street star chambers. House Speaker Nancy Pelosi warns that "we are putting oil speculators on notice." Senate Majority Leader Harry Reid vows to "end speculation on the oil markets." Even former House Speaker Newt Gingrich - who actually knows how markets work and is better at explaining them than any other politician today - says we have to "punish the speculators" for "betting against America."

Is trying to anticipate the correct price of a commodity now un-American - an act the United States government should seek to punish?

It seems that whenever things go bad and government is largely to blame, politicians look for villains other than themselves.

In 1892, the Populist Party platform warned of "a vast conspiracy against mankind" run by gold bugs, bankers and, yes, "speculators." American populists joined the fascists and socialists of Europe in calling for the heads of those who produced nothing while making vast sums from moving numbers around. The German Workers Party platform promised in 1920 to abolish "incomes unearned by work."

Intellectuals, too, have always had contempt for the men who made money on that bourgeois horror, the market. "His name was George F. Babbitt," wrote left-wing novelist Sinclair Lewis. "He was 46 years old now, in April 1920, and he made nothing in particular, neither butter nor shoes nor poetry, but he was nimble in the calling of selling houses for more than people could afford to pay."

And so it goes today. Never mind that there's no evidence "speculators" - i.e. commodity traders - are doing anything to increase the price of oil. They aren't hoarding it. No one's cornering the market. The speculators make money when the price goes down, and they make money when it goes up. In short, they don't care if oil prices are high or low as long as they guessed correctly.

And that may be the most infuriating part of all this. The speculators don't want high oil prices, but Washington does.

The U.S. government has barred billions of barrels of oil from coming to the market by declaring huge petroleum reserves off-limits to drilling. Uncle Sam stores vast amounts in the Strategic Petroleum Reserve, in a petro-lockbox for a rainy day now called "election season." Government - at the federal and state levels - drives up pump prices with gas taxes and regulations against increasing refinery capacity.

What's funny is that oil markets are telling many policymakers what they want to hear. Liberals in particular have insisted for years that the world is approaching - or has passed - the point of "peak oil." This is the idea that we've hit the maximum rate of global oil extraction, so the supply will steadily diminish, causing prices to rise. I'm not personally convinced - though Reason magazine's science correspondent, Ronald Bailey, may be right that we've reached the point of "political peak oil," which is to say that various political inefficiencies mean we can't keep up with demand.

Either way, liberals should be rejoicing. High oil prices not only lend credence to the "peak oil" argument that we need to wean off petroleum, they change consumer behavior far more effectively than environmental hectoring. Americans are driving less, taking mass transit more and ditching SUVs for hybrids without (much) benefit of government subsidies. I think we should drill more, but if the goal is to wean America off oil, things couldn't be going better.

With the laudable exception of McCain's economic advisor, former Sen. Phil Gramm, Republicans seem desperate to show they too feel the pain at the pump by piling on the scapegoat.

One hopes that this shoot-the-messenger bipartisanship represents the moment of "peak hypocrisy" in Washington. But few speculators would take that bet.