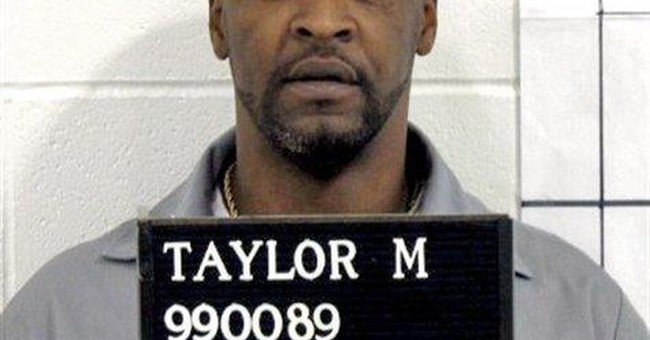 Every four years, we're told that this is the most important election since a caveman asked for a show of hands. So some skepticism seems warranted when we hear the same refrain this year.

But then there's the question of the Supreme Court. And here, at least for me, skepticism melts away into real anxiety, even panic.

Consider the stunning decision handed down from the Supreme Court this week.

The court ruled that the state of Kentucky may continue to use lethal injections when administering the death penalty. But that's not what's shocking. Nor was it surprising that for the first time Justice John Paul Stevens admitted he thinks the death penalty is unconstitutional.

What is staggering, or at least should be, is that Stevens freely admits that he no longer considers "objective evidence" or even the plain text of the Constitution determinative of what is or isn't constitutional: "I have relied on my own experience in reaching the conclusion that the imposition of the death penalty" is unconstitutional.

Justice Antonin Scalia, in a blistering response, justifiably exclaimed that, "Purer expression cannot be found of the principle of rule by judicial fiat."

I say "justifiably" rather an "accurately" because I think we hear purer expressions of the principle that "good" judges are those who make it up as they go along all the time. Consider Barack Obama. The Democratic front-runner and former lecturer on constitutional law at the University of Chicago has explained his thinking toward judicial appointments thusly: "We need somebody who's got the heart, the empathy, to recognize what it's like to be a young teenage mom, the empathy to understand what it's like to be poor or African-American or gay or disabled or old - and that's the criteria by which I'll be selecting my judges."

When defending his vote against Justice John Roberts' confirmation, Obama explained that the standard for a justice must be "one's deepest values, one's core concerns, one's broader perspectives on how the world works, and the depth and breadth of one's empathy."

Now that is a pure expression of the principle of judicial fiat.

Indeed, by Obama's own words the best justices are those who will most shamelessly violate their own oath of office.

Supreme Court justices must "solemnly swear that I will administer justice without respect to persons, and do equal right to the poor and to the rich, and that I will faithfully and impartially discharge and perform all the duties incumbent on me as a justice of the Supreme Court of the United States under the Constitution and laws of the United States, so help me God."

Note the bit about doing right to poor and rich and alike. Feeling sorry for the poor guy who violates the Constitution or the law has no role in how a Supreme Court justice is supposed to make a decision. Legislators can write laws based on empathy. They can invoke their pet theories about "how the world works." They can even, as Justices Stephen Breyer and Ruth Bader Ginsberg are fond of doing, consult foreign laws and court decisions in their efforts to make a more perfect union. But Supreme Court justices are supposed to decide what the written law requires, not pick winners and losers based upon some sense of noblesse oblige. That's why all of those statues of Lady Justice show her standing blindfolded, not bent over kissing the boo-boos of the unfortunate and the downtrodden.

In a very real sense, this election year we face the question: Do we want to live in a monarchy or a nation of laws? Is this to be a country where justices serve as a reliable backstop against encroachments upon the constitutional order, or a country where the most undemocratic branch of government serves as the tip of the spear for such intrusions?

Five of the last seven presidents have been Republicans at least nominally committed to appointing conservative justices. Some have fallen short in that department (though not President George W. Bush), which is why the Supreme Court today hangs in the balance. John McCain could conceivably make the mistake of appointing a Souter or a Stevens or some other justice who sees the Constitution as an ink blot. But the key difference between McCain and his Democratic rivals is that he promises not to appoint such justices. Clinton and Obama consider it among their top priorities. That's at least one reason for saying this is one of the most important elections in a very long time.