The Case Against Socialism

John Stossel  |  Dec 18, 2019
The opinions expressed by columnists are their own and do not necessarily represent the views of Townhall.com.
Top Columns
Trending on Townhall Media

I thought that case was already decided, since socialist countries failed so spectacularly.

But the idea hasn't died, especially amongst the young.

"Hitler's socialism, Stalin's socialism, Mao's socialism. You would think people would have recognized it by now," says Paul in my latest video.

Paul echoes Orwell in likening socialism to "a boot stamping on the human face forever" and warning that it always leads to violence and corruption.

"You would think that when your economy gets to the point where people are eating their pets," says Paul, contemplating the quick descent of once-rich Venezuela, "people might have second thoughts about what system they've chosen."

That's a reference to the fact that Venezuelans have lost weight because food is so hard to find.

"Contrast that with (the country's) 'Dear Leader' Maduro, who's probably gained 50 pounds," Paul observes. "It really sums up socialism. There's still a well-fed top 1%; they just happen to be the government or cronies or friends of the government."

Naturally, American socialists say our socialism will be different.

Paul responds, "They all wind up saying, 'The kinder, gentler socialism that we want is Scandinavia ... democratic socialism.' So we do a big chunk of the book about Scandinavia."

Paul's book is different from other politicians' books. Instead of repeating platitudes, he and his co-author did actual research, concluding, "It's not true that the Scandinavian countries are socialist."

Scandinavia did try socialist policies years ago but then turned away from socialism. They privatized industries and repealed regulations.

Denmark's prime minister even came to America and refuted Sanders' claims, pointing out that "Denmark is far from a socialist planned economy."

In fact, in rankings of economic freedom, Scandinavian countries are near the top.

"They have private property, private stock exchanges," says Paul. "We learned that, actually, Bernie is too much of a socialist for Scandinavia!"

Scandinavians already lived longer 60 years ago, and they also had lower rates of poverty. That's because of Scandinavian culture's emphasis on self-reliance and hard work. Paul reminded me of an anecdote about economist Milton Friedman.

In fact, Swedes have 50% higher living standards in the U.S. than when they stay in Sweden. Danish Americans, too. Socialism can't take the credit.

But the most important argument against socialism is that it crushes freedom.

Socialists get elected by promising fairness and equality, but Paul points out: "The only way you can enforce those things is to have an equality police or a fairness police, and ultimately they show up with truncheons. ... The best kind of socialist leader ends up having to be ruthless because you can't be a kinder, gentler socialist leader and get the property."

By contrast, capitalism largely lets individuals make their own choices.

"It's a direct democracy every day," says Paul. "You vote either for Walmart or you vote for Target. You vote with your feet, with your wallet. People who succeed are the people who get the most votes, which are dollars. And as long as there's no coercion, seems to me that that would be the most just way of distributing a nation's economy."

It's not perfect, but look at the track record of the alternative, says Paul: "Stalin, Hitler, Mao, Pol Pot, Castro, Chavez, Maduro. It doesn't work."

How Much of a Christian Nationalist Are You? Take This Simple Test. Scott Hogenson

How Do You Prosecute Trump and Not Biden (and Clinton)? Jonathan Emord 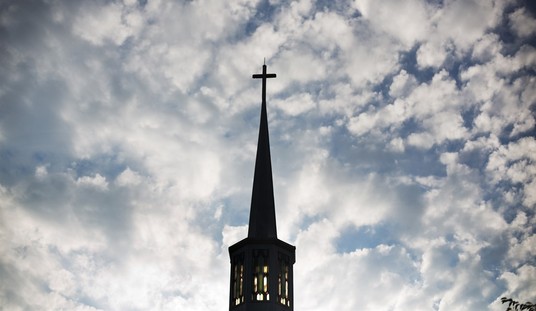